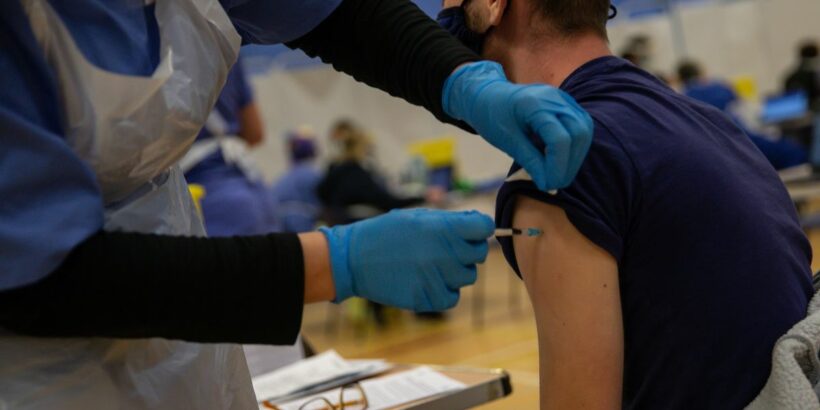 Concerns have been raised over the AstraZenecacoronavirus vaccines after reports of people suffering blood clots.

Several European countries, including Ireland, Norway, Denmark and Iceland have temporarily suspended the use of the jab after the worrying reports.

But according to the European Medicines Agency (EMA), there have been 30 reports of blood clots among close to five million people given the vaccine across Europe.

EMA continues to back the jab’s safety, and said in a statement: “The position of EMA's safety committee… is that the vaccine's benefits continue to outweigh its risks and the vaccine can continue to be administered while investigation of cases of thromboembolic events is ongoing."

The EMA has initiated an urgent review of all blood clotting events occurring after the vaccine, to determine if there is a possible safety risk.

The World Health Organisation (WHO) has said that countries should continue to use AstraZeneca, saying there is no indication of a link between the Covid-19 vaccine and blood clots.

Speaking via videoconference from Geneva, WHO director general Tedros Adhanom Ghebreyesus said: "WHO is aware that some countries have suspended the use of AstraZeneca vaccines based on reports of blood clots in some people who have received doses of the vaccine from two batches."

He continued: “This measure was taken as a precaution while a full investigation is finalised.

"It's important to note that the European Medicines Agency has said there is no indication of a link between the vaccine and blood clots and that the vaccine can continue to be used while its investigation is ongoing.”

Any significant findings in the investigation will be relayed to the public “immediately”.

AstraZeneca also released a statement saying there is no evidence of an increased risk of pulmonary embolism or deep vein thrombosis with the vaccine.

It said that, in fact, the risk has been found to be "significantly lower" in those who have been vaccinated than what would be expected among the general population.

This is also echoed by the UK's Medicines and Healthcare products Regulatory Agency (MHRA), which has said that there is no evidence, and people should still get their Covid-19 jab when asked to.

The UK regular said in a statement: “We are closely reviewing reports but, given the large number of doses administered and the frequency at which blood clots can occur naturally, the evidence available does not suggest the vaccine is the cause.”

Dr Phil Bryan, MHRA vaccines safety lead in the UK, said: “Blood clots can occur naturally and are not uncommon.

“More than 11 million doses of the Covid-19 AstraZeneca vaccine have now been administered across the UK.

"Reports of blood clots received so far are not greater than the number that would have occurred naturally in the vaccinated population.”

However, he added that the safety of the public always comes first, and the issue is being kept under “close review”.