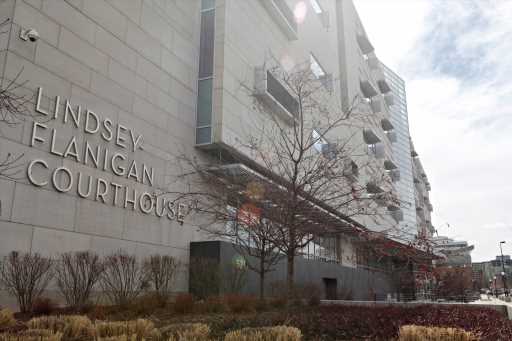 Black, white and Hispanic defendants in Denver’s courts have their cases dismissed for similar reasons, suggesting the higher rates of dismissals of cases against Black people are not based on race, a study of Denver prosecutors’ data found.

The study released Wednesday follows an April report that concluded Black defendants were more likely to have their cases dismissed. Having higher rates of case dismissals might sound like an advantage, but researchers said the higher rate is concerning because it means more Black people were charged in cases prosecutors couldn’t ultimately prove or pursue.

Denver District Attorney Beth McCann commissioned a deeper dive into the dismissed cases to find out whether the reasons for dismissal varied by race.

“Findings support what I believed all along: the differences in the reasons for case resolution noted in the original study were not as a result of race or ethnicity,” McCann said in a letter accompanying the follow-up study.

McCann in 2019 requested a study of all felony cases filed between July 1, 2017, and June 30, 2018, to evaluate whether there were racial disparities in the way her office handles cases. A team of outside researchers analyzed 5,817 felony cases and looked at four types of prosecutorial decisions: dismissals, deferred judgments, plea agreements and referrals to drug court. McCann said she requested the study to be more transparent and to help people have more trust in her office at a time when many distrust the criminal legal system.

“We are part of that system and we need to be cognizant,” McCann said in an interview Wednesday.

A report made public in April found no racial disparities in plea deals, which is how the vast majority of Denver cases are resolved. Researchers did find that white people were more likely to have their cases deferred, which gives them a chance to have the case later dismissed after completing probation, and that Black people were more likely to have a case filed against them that ended in charges being dismissed.

The follow-up report released Wednesday delved further into the dismissed and deferred cases, and looked at the circumstances of each case. Researchers found “no meaningful differences” across races in reasons cases were dismissed.

The follow-up report analyzed 273 cases that were dismissed in the study’s time period and found that most were dismissed because of lack of evidence, most commonly a victim’s refusal to cooperate. The percentage of cases dismissed for this reason across racial demographics: 61% of case dismissals for white defendants, 64% of Black defendants and 70% of Hispanic defendants.

Victims might be unwilling to participate in the case if they are afraid of the defendant or they move away. Sometimes the district attorney’s office loses contact with victims and cannot find them again. Other reasons for dismissals included defendant incompetency, cases that were dismissed in connection with another case and resolutions reached outside of court.

The study found 22 cases were dismissed because of process issues such as not giving a Miranda warning or lack of an arrest warrant. The research team found that most of these cases should not have been accepted for prosecution in the first place.

The reports’ findings have prompted change in the district attorney’s office. McCann created an intake unit, where three designated prosecutors will decide whether to accept cases presented to the office. Previously, intake duties were distributed to many prosecutors across the office.

McCann said she hopes the new unit will allow prosecutors to evaluate each case and will create more consistency in which cases are accepted.

The district attorney’s office also implemented a new case management system that allows prosecutors to track more detailed data about each case. The office wasn’t consistently tracking defendants’ race or ethnicities when McCann took office, she said. McCann plans to use that data to create a public dashboard where people can view aggregate data about who is being charged and convicted of crimes.

The office also is bringing in an outside consulting group to provide diversity and equity training to the district attorney’s staff.

“I think raising the awareness and consciousness in the office is really important because we do exercise a lot of discretion,” McCann said.