Nobel Peace prize nominees come thick and fast at this time of year, as the prize committee prepares to accept them in September. Hundreds of potential prize winners emerge each year in a more than year-long process to single out a victor. The September stage is just one of six before the committee decides on a winner.

Who has been nominated for a Nobel Peace Prize this year?

Although news of Mr Trump’s nomination hit headlines today, his nomination is for the 2021 award.

Hundreds of nominees emerge every year, and the Norwegian Nobel Committee keeps this list secret for 50 years.

So while those who nominated someone can say they have done so, the Nobel committee doesn’t make a habit of revealing full lists. 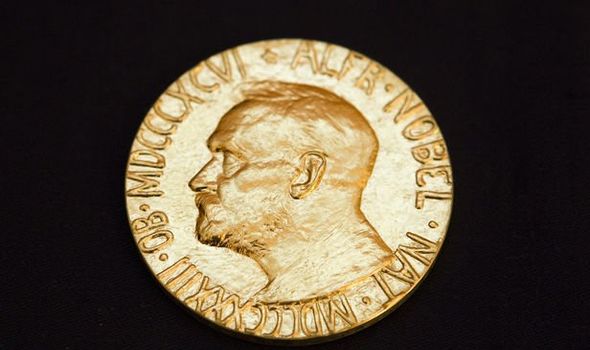 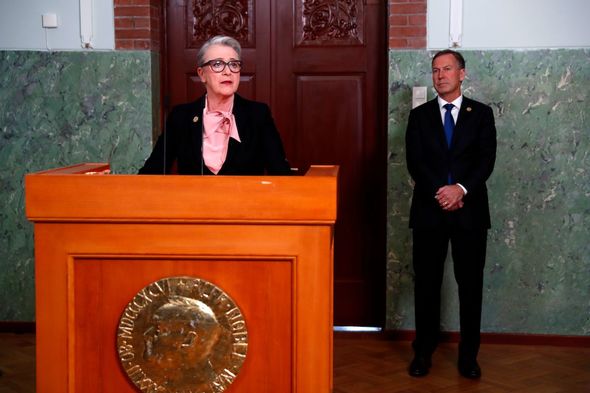 The committee did reveal how many people had received a nomination for this year’s honour, which they will announce in October.

In February, they said a total of 210 individuals and 107 organisations entered the list.

The vast number of nominations come from the relatively lax guidelines surrounding the practice. 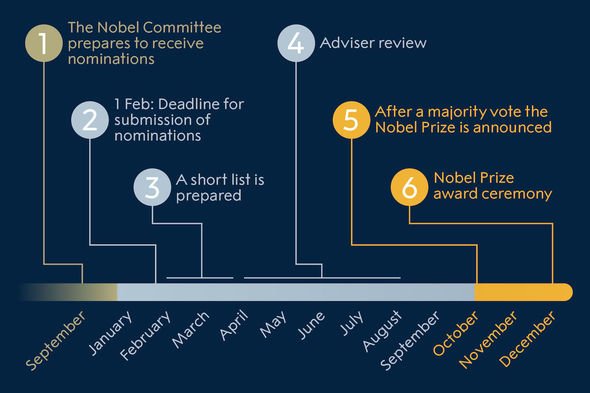 Politicians, heads of state, university professors, past recipients and more may nominate who they choose.

The man who nominated Mr Trump today, Christian Tybring-Gjedde, has done so before.

He chose the President for the honour in 2018, but he failed to progress to the final selection round.

Today, the Trump supporter told Fox News he wanted him to receive the honour for his recent work in the Middle-East. 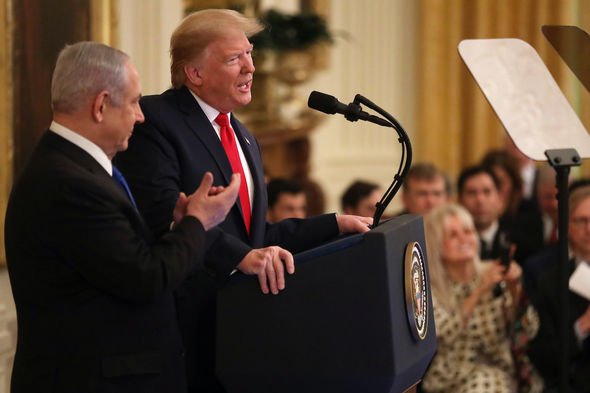 He said: “For his merit, I think he has done more trying to create peace between nations than most other peace prize nominees.

“The committee should look at the facts and judge him on the facts – not on the way he behaves sometimes.”

Mr Tyborg works as a lawmaker for the far-right Progress Party.

He added: “No matter how Trump acts at home and what he says at press conferences, he has absolutely a chance at getting the Nobel Peace Prize.”

Other lawmakers have disagreed with the politician’s reasoning, amongst them his daughter Mathilde, a member of the centre-right Conservative party.

She criticised the decision on CBS, saying: “I did not nominate Donald Trump as I do not believe he is qualified to receive the Nobel Peace Prize.

“The prize is given to those who have ‘done the most or the best work for fraternity between nations, for the abolition or reduction of standing armies and for the holding and promotion of peace congresses.’

“Donald Trump does not come to mind when I read this description.”