The storm system that delivered rain and cold throughout the Northeast and Carolinas this morning is heading into northern New England.

One tornado was confirmed east of Raleigh, with larger-than-golf-ball-sized hail also reported in North Carolina.

Commuters in northern New York, western Massachusetts and parts of Vermont, New Hampshire and Maine are waking up to wet, slushy weather today.

Higher elevations in the mountains of New Hampshire and Maine could see more than a foot of snow. A winter weather advisory has been issued. 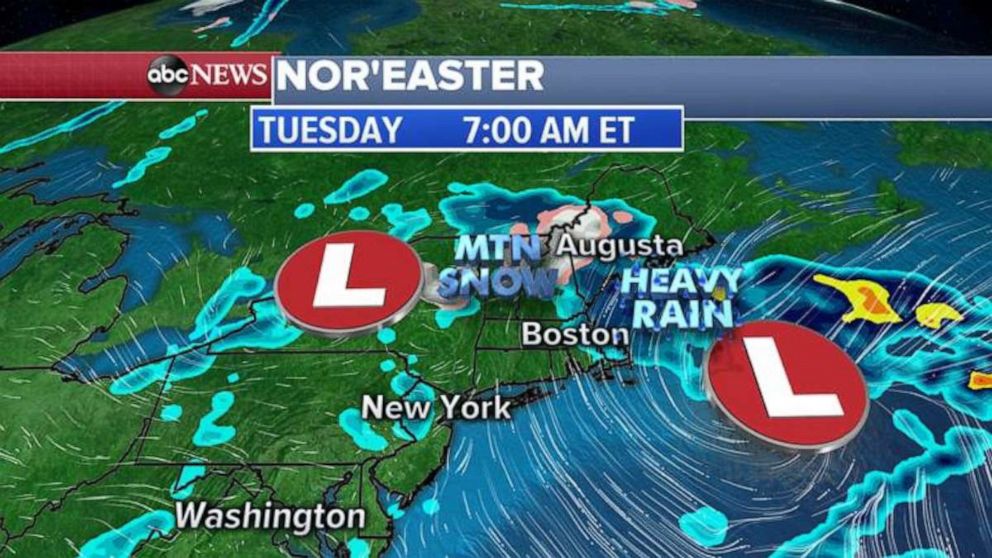 Later this evening, in the Nor’easter’s wake as it pulls away from the coast, New Jersey to Maine will see chilly rain showers.

The rest of the week should be drier and warmer. 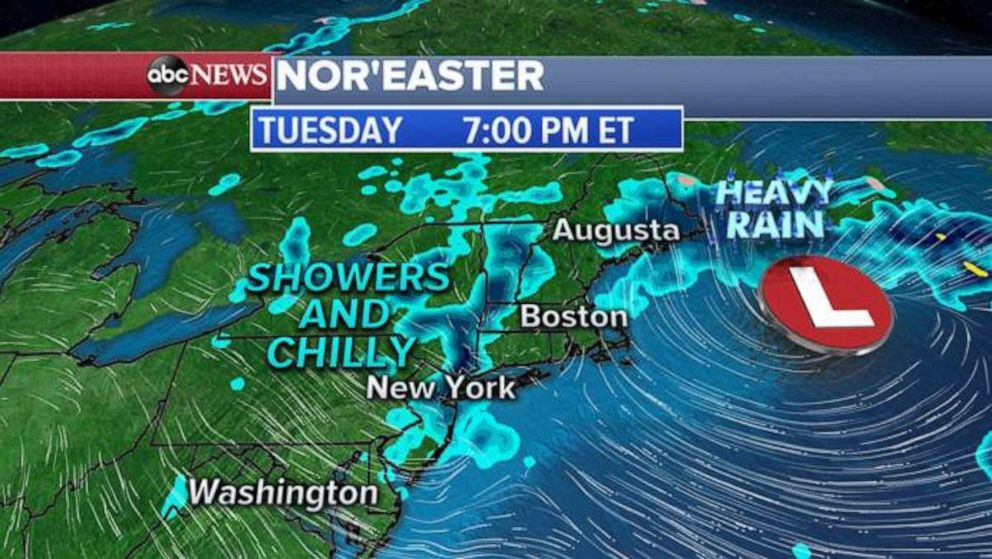 Rain in the Northwest could hit before the rest of this strong system, which should make its presence felt by tomorrow afternoon or evening. The strongest rains are expected Wednesday night into Thursday — some parts of northern and central California could see more than 2 inches, as sections of the Sierra Nevada may see more than a foot of snow. 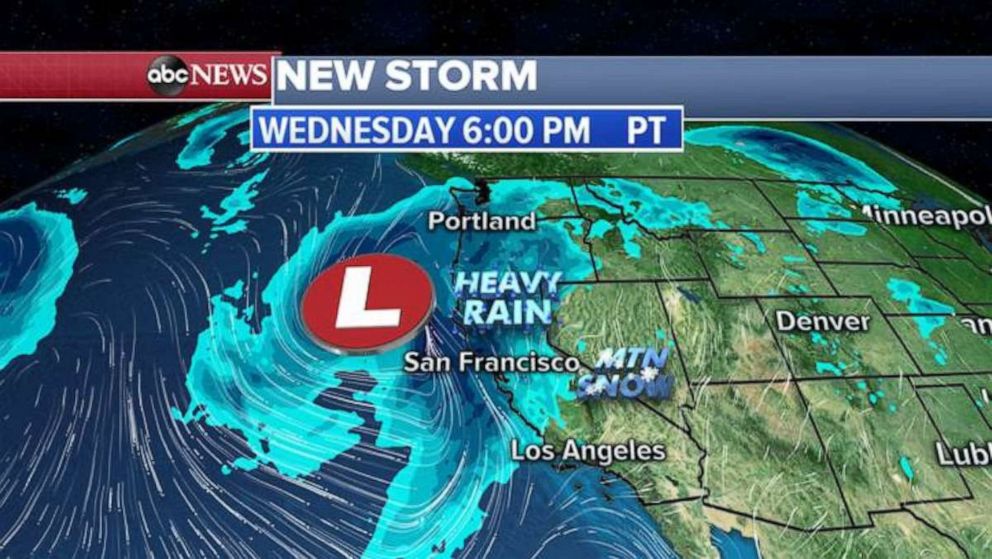 The storm system should cross the Rockies on Thursday, with afternoon or evening snow predicted, before heading toward the Plains and Midwest on Friday. Heavy rain, strong to severe thunderstorms and possible flooding are in the forecast. 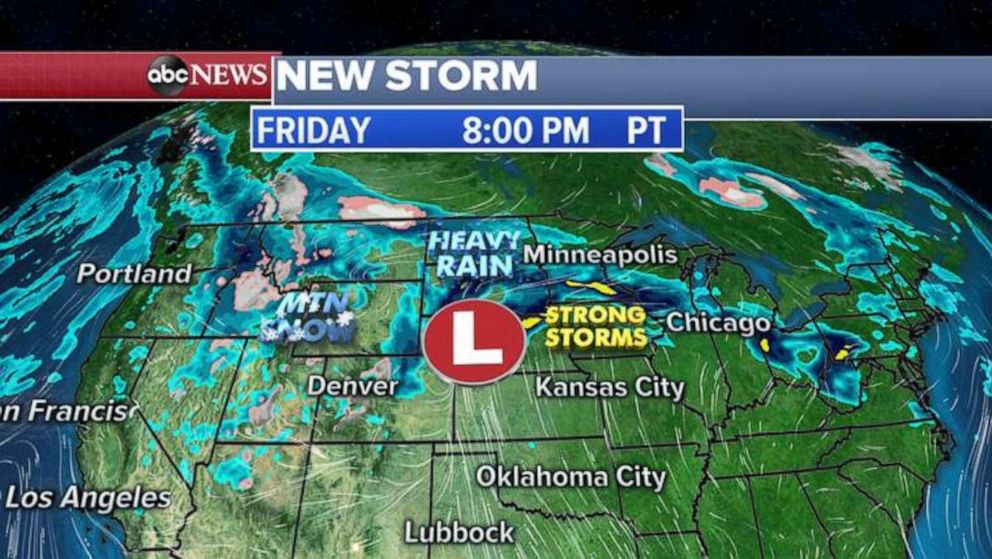