The footage showed Jaiden Samir Cowart playing with his siblings on the escalator right before apparently losing his grip on the handrail and falling, WSOC reported.

A painting contractor, the news outlet said, saw the accident occurring and caught the boy’s sister when she fell, but he wasn’t able to catch Jaiden.

CALIFORNIA MAN CHOKED, BATTERED EX-LANDLORD BEFORE CRASHING CAR IN ATTEMPT TO GET AWAY, SHERIFF SAYS

Paramedics rushed the boy to a hospital with life-threatening injuries and he died Sept. 28, three days after the fall, the Charlotte-Mecklenburg Police Department said.

Police have charged the boy’s mother, Jiterria Lightner, with child abuse and neglect, saying she left them to play unsupervised. 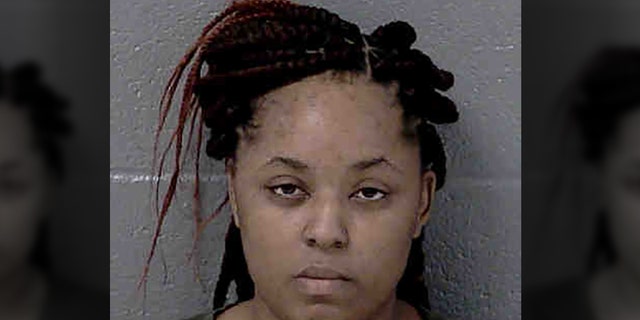 However, her attorney, Michael Greene, told WBTV, "She was watching her children. In the event where it happened, she was literally 10 to 15 feet away."

The mom and her three young children were waiting to be picked up at the airport when the accident took place, The Associated Press reported.

Greene continued, "I think that everyone’s gonna see that this was an accident and with some other provisions that could have happened at the airport, probably could have been prevented."

Airport officials told local media, "We are committed to and constantly reviewing safety and risk. We review any and all recommendations and take appropriate measures."