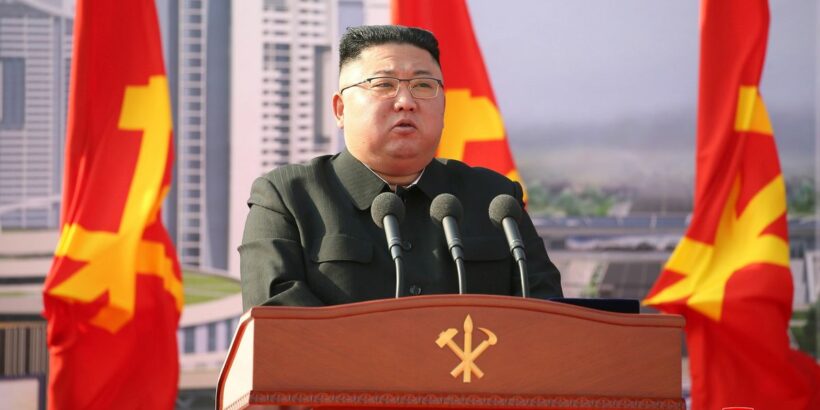 North Korea could be planning to launch a ballistic missile "in the near future" after satellite imagery appeared to show the hermit state has moved a dock to launch missiles.

Relations between the country and the USA have been frosty since Joe Biden became president, and now it appears photos from the Sinpho South Naval Shipyard show movement of its dry dock.

The floating area used for constructing vessels has now been moved to a submarine-launch quay and has been repositioned alongside a construction hall.

North Korea analysis website 38 North reports: "The new ballistic missile submarine, which has been under construction for several years, may be nearing completion.

"It could also be ready to be rolled out and launched in the near future."

The dry dock could be part of North Korean president Kim Jong-un's scheme to build and advanced new submarine for launching ballistic missiles from below the surface of oceans.

The submarine is thought to weight a huge 3,000-tonnes.

North Korea held a ballistic launch as recently as this Wednesday with what it claimed were "a new type of tactical guided projectile".

Mr Biden slammed the test, saying: "There will be responses – if they choose to escalate, we will respond accordingly.

"But I'm also prepared for some form of diplomacy, but it has to be conditioned upon the end result of denuclearisation."

Ri Pyong Chol, the senior leader who oversaw the test, said: "The development of this weapon system is of great significance in bolstering up the military power of the country and deterring all sorts of military threats."

North Korea's latest flexing of its military might comes just weeks after Kim's sister warned the new US presidential administration "not to cause a stink".

Mr Biden is expected to be firmer with the country than his predecessor Donald Trump was.

Kim Yo-jong was quotes as saying: "A word of advice to the new administration of the United States that is struggling to spread the smell of gunpowder on our land from across the ocean.

"If it wants to sleep in peace for (the) coming four years, it had better refrain from causing a stink at its first step."