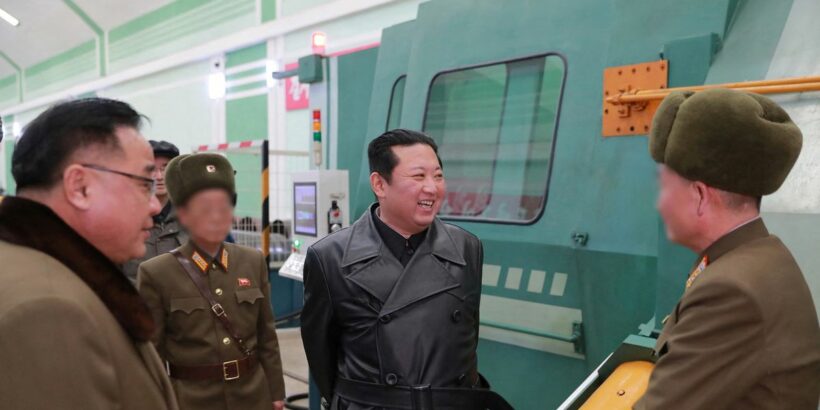 Kim Jong-un has been reported to visit a munitions factors producing a "major weapon system" after North Korea has conducted tests to reveal their new missiles.

Kim has been reported to have celebrated "leaping progress in producing major weapons" for the role it plays in modernising the country's armed forces.

One of the country's latest missile's includes an upgraded long-range cruise missile.

Tensions remain rampant after the country's carried out a series of six weapons tests in 2022, among the largest number of missile launches it has made in a month.

This was met with significant condemnation from international countries with the United States pushing for new and imposed sanctions.

Reuters has issued that an update has been carried out on a long-range cruise missile system which had been tested out on Tuesday.

The KCNA has issued that Kim didn't attend the tests for these missiles but during a visit to the munitions factory, he celebrated "leaping progress in producing major weapons."

Korea's central news agency did not specify the weapons or the factory's location.

It was reported last week that North Korea would strengthen its defenses against the United States and consider resuming "all temporally-suspended activities".

Kim called for "an all-out drive" to produce "powerful, cutting-edge arms" at the munitions factory.

His workers had praised his commitment to "smashing … the challenges of the U.S. imperialists and their vassal forces" seeking to violate their right to self-defense and had called it the "the harshest-ever adversity."

Pyongyang has defended missile launches as its sovereign right to self-defense.

The country has accused Washington DC and Seoul of applying "hostile policy" and double standards over weapons tests.

This comes days after the country had conducted its sixth and seventh missile test this year, despite no nuclear weapons being tested in the country since 2017.

According to the South Korean military, the "unidentified missiles" were fired out into the Sea of Japan.