Mr Warmbier died in June 2017 after being released and flown home from North Korea in a vegetative state. He had been jailed in 2016 following a show trial in which he was charged with subversion, after attempting to steal a poster while on a visit to Pyongyang. Images from his trial, in which he was forced to read out the absurd charges against him show clearly the fear on his face.

The world witnessed how he was forced to beg the judge for leniency before being sentenced to 15 years of hard labour.

During his final appearance in court, Mr Warmbier appeared mentally fatigued and stared on without emotion.

After almost two years it was announced US authorities had managed to get Otto home, a political triumph for newly-elected Donald Trump.

It was soon discovered the North Korean authorities had handed him over in a profoundly deteriorated state. 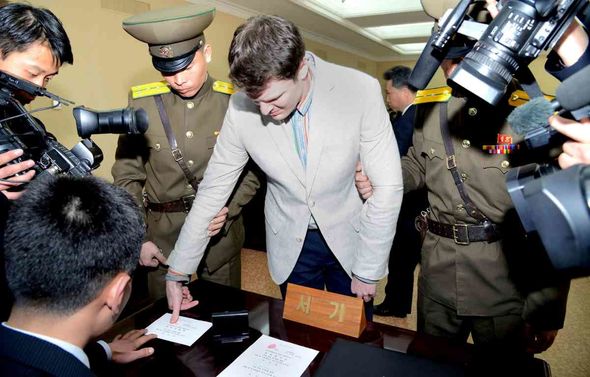 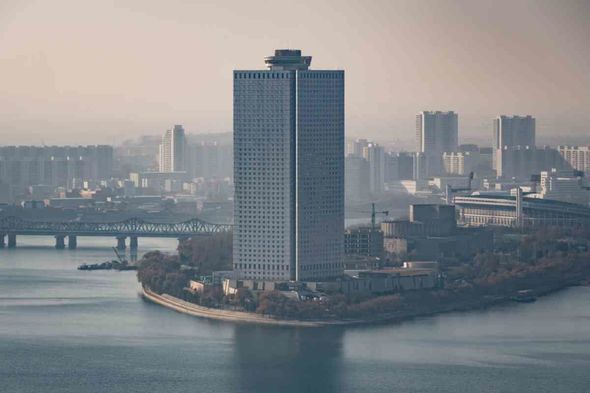 Just days after returning home, Mr Warmbier died in his own bedroom.

It appeared he had suffered brain damage caused by an injury that prevented oxygen from reaching his brain.

Mr Warmbier’s father described hearing “inhuman” howling from within the aircraft when his son was flown home.

Mr Warmbier was making involuntary jerking motions and wailing in the medical gurney on the plane due to his injuries.

Mr Warmbier did not recognise his father despite his eyes opening as he was cradled. 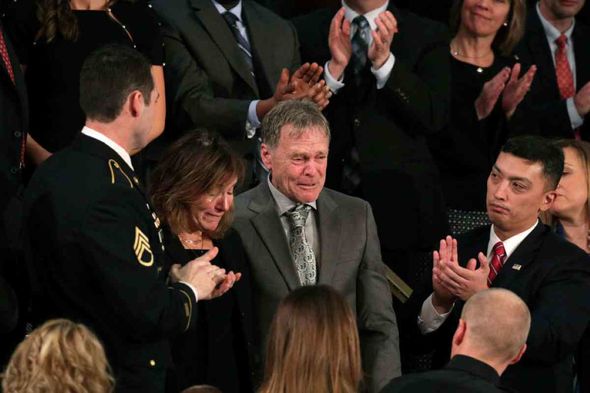 According to his parents, their son’s wavy brown locks had been buzzed off and a feeding tube pushed through his nostrils.

His father said on Fox News: “It looked like someone had taken a pair of pliers and rearranged his bottom teeth.” 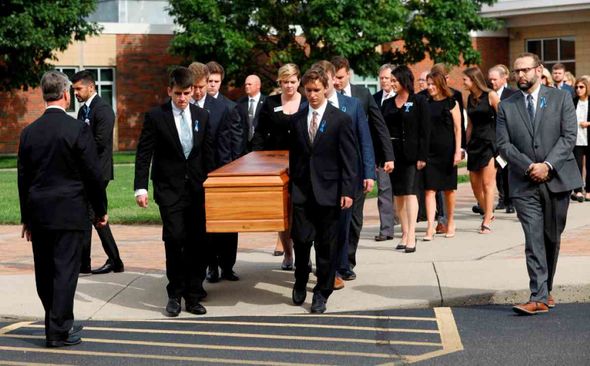 Then in his January 2018 State of the Union address, the president pledged to keep “maximum pressure” on North Korea and to “honor Otto’s memory with total American resolve”.

But there is now conflicting evidence suggesting Mr Warmbier was not physically tortured by the North Koreans.

This month, in his detailed report in GQ magazine, Doug Bock Clark interviewed the coroner who analysed Mr Warmbier.

Doctor Lakshmi Kode Sammarco said Mr Warmbier’s “teeth were natural and in good repair” said other signs that would indicate physical trauma were not present. 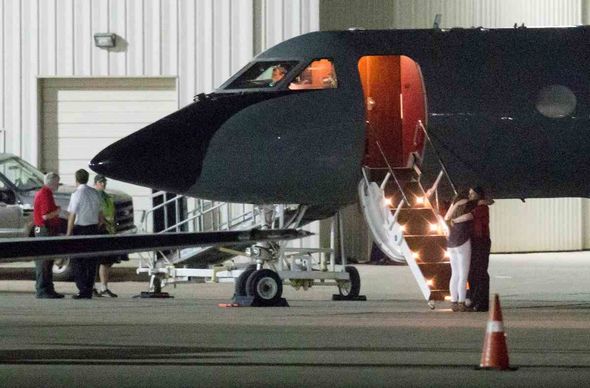 An analysis of his brain also indicated physical injury had not occurred.

Doctor Sammarco said: “His body was in excellent condition.

“I’m sure he had to have round-the-clock care to be able to maintain the skin in the condition it was in.”

The North Koreans presented their own diagnosis of the young man’s mysterious deterioration. 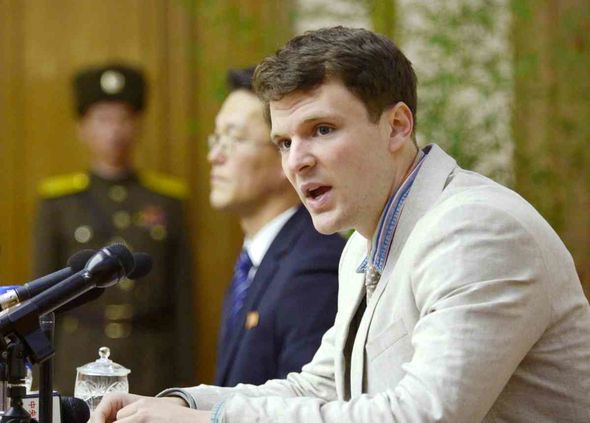 They claim he contracted botulism.

However, all US tests for botulism came back negative.

Based on past experiences of US detainees in North Korea, the conditions of their confinement are usually much more comfortable than that of a North Korean citizen, who will most probably die of starvation, disease, or brutality in a work camp.

Foreign detainees are kept in a secretive “guest house” in Pyongyang.

Their conditions are frugal but physical torture is not common. However, relentless mental torment is frequently applied. 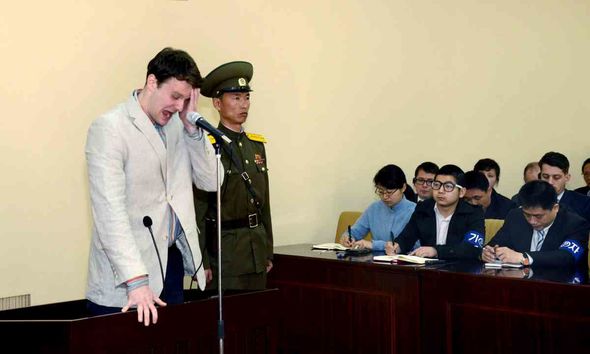 He said: “If you don’t start cooperating, things are going to become less pleasant.”

Also, journalist Laura Ling wrote of her five months in detention: “I told the prosecutor what he wanted to hear and kept telling him until he was satisfied.”

The mystery of what happened to Mr Warmbier is confounded further after a high-level North Korean defector who now works for a South Korean intelligence agency said: “North Korea treats its foreign prisoners especially well.

“They know someday they will have to send them back.” 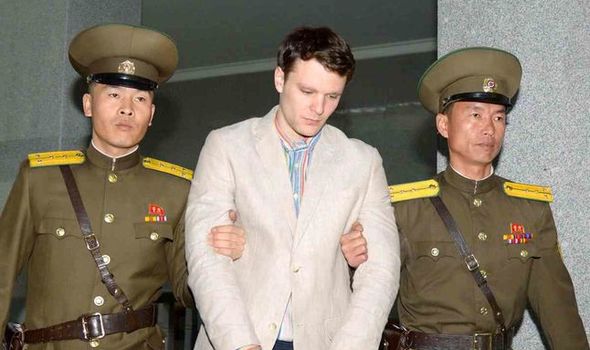 Mr Clark spoke to Andrei Lankov Director of Korea Risk Group in his office in Seoul, who said: “I don’t believe Otto was physically tortured.

“The campaign to make Otto a symbol of North Korea’s cruelty was psychological preparation to justify military operations.”

On leaving high school, Mr Warmbier had the world at his feet and was eager to grasp its wide possibilities.

He chose to adventure and the grim feudal fossil that is North Korea fascinated his keen intellect.

The only person who can ultimately explain the mysterious brain injury and subsequent death of the young man is Kim Jong-un.

When Mr Warmbier’s father first held his son in the air-ambulance he remarked how the young man was “very uncomfortable, almost anguished”.

When he returned to his parent’s home “the countenance of his face changed”.

They described how when he was back home “we believe he could sense that, he was finally at peace”.