Kim Jong-un spends most of his time in the North Korean capital – Pyongyang – but when his country ramps up missile testing, he is often seen in the seaside city of Wonsan. It is located on the eastern side of the Korean Peninsula, and has become synonymous with the country’s nuclear missile programme. As a report by Reuters revealed in 2017, Kim has redeveloped the city to form a seaside resort, but has also tested three missiles there since 2019. In 2017, it was estimated that a total of 40 tests had taken place in the coastal city.

Lim Eul-chul, an expert on the North Korean economy, said at the time: “It may sound crazy to outsiders to fire missiles from a place he wants to develop economically, but that’s how Kim Jong-un runs his country.”

Kim Jong-un’s efforts to develop tourism in the area has been inspired by resorts in Spain such as Benidorm.

They visited Marina d’Or, one of the Mediterranean country’s biggest holiday complexes, and the Terra Mitica (Mythical Land) theme park in Benidorm.

Terra Mitica caters to fans “of extreme sensations,” according to its website.

“They saw such places with their own eyes and filmed some of them,” said a spokesman at the North Korean embassy in Madrid. 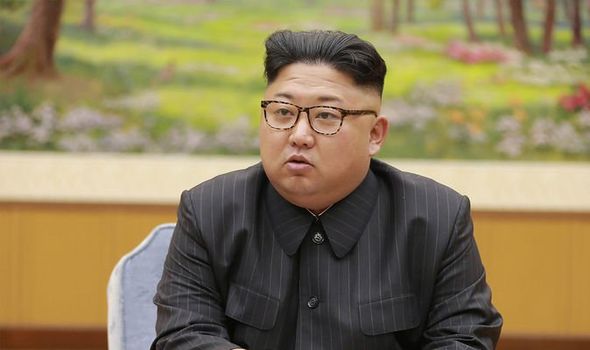 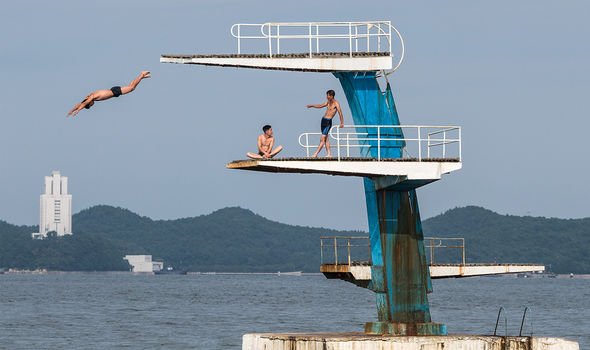 Both parks confirmed the visits; a spokeswoman for Terra Mitica said the North Koreans were impressed by its themes including the ancient civilizations of Egypt, Greece and Rome.

Kim brought his top military brass to Wonsan in 2014.

On the white beach of his palace compound, he ordered his highest admirals to strip into bathing costumes and, as a test of their ability, swim 10km around the bay, state TV showed.

It filmed him at a desk on the sand, shaded by a white parasol. 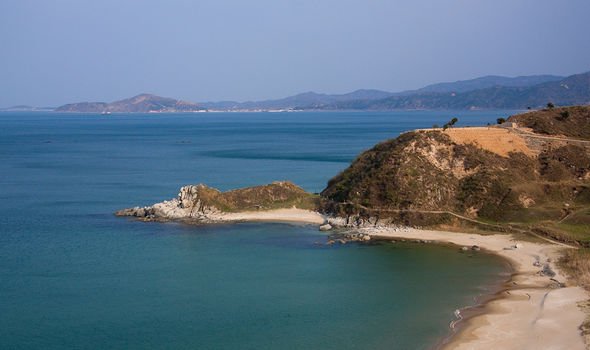 And as Reuters reported at the time, Kim also used the luxurious setting to unleash an artillery drill described by state media as the country’s largest ever.

In it, “300 large-caliber self-propelled guns” opened fire at a white target painted on a small island 3km away.

As things stand, the country’s nuclear weapons programme has brought discussions between Kim Jong-un and Donald Trump to the brink of collapse.

In February 2019, the two met in Hanoi, Vietnam, and talks initially looked promising when a reporter asked Kim whether he was considering denuclearisation. 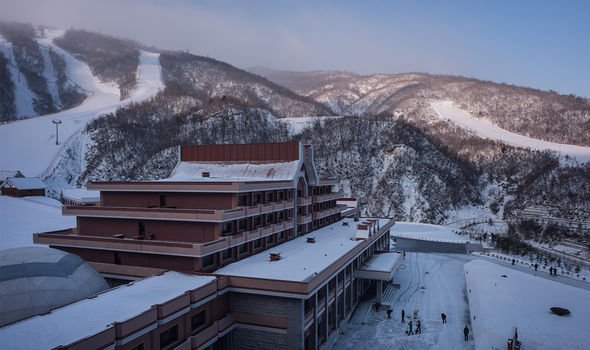 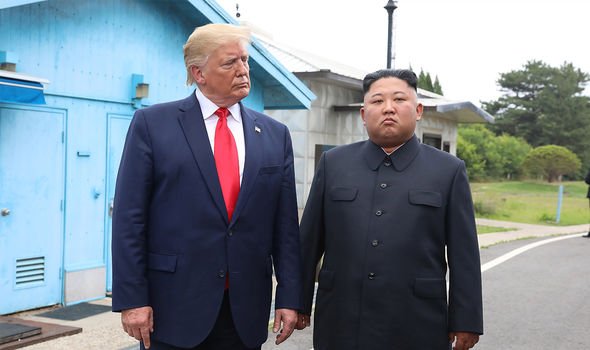 The North Korean President responded: “If I’m not willing to do that, I wouldn’t be here right now.”

However, just hours later a scheduled lunch between US President Donald Trump and Kim, as well as a potential joint signing ceremony, was cancelled as talks ultimately fell flat.

They also met in Stockholm in last October – but the talks in Sweden broke off with the North’s envoy saying the US failed to show flexibility.