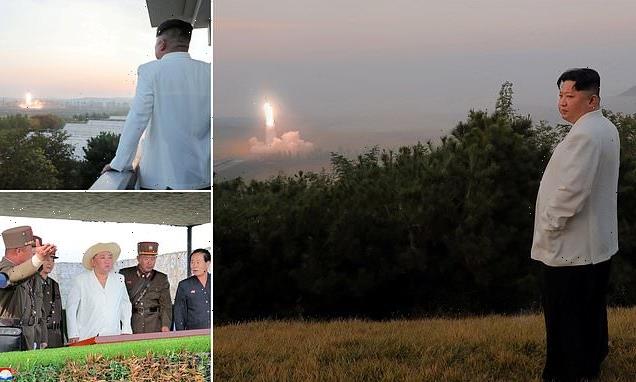 Kim made acquiring tactical nukes — smaller, lighter weapons designed for battlefield use — a top priority at a key party congress in January 2021, and this year vowed to develop North Korea’s nuclear forces at the fastest possible speed.

The country revised its nuclear laws last month, outlining a wide array of scenarios in which it could its nukes, with Kim declaring North Korea an ‘irreversible’ nuclear power — effectively ending the possibility of negotiations over its arsenal.

Since then, Seoul, Tokyo and Washington have ramped up combined military exercises, including deploying a nuclear-powered US aircraft carrier to the area twice, infuriating Pyongyang, which sees such drills as rehearsals for invasion. 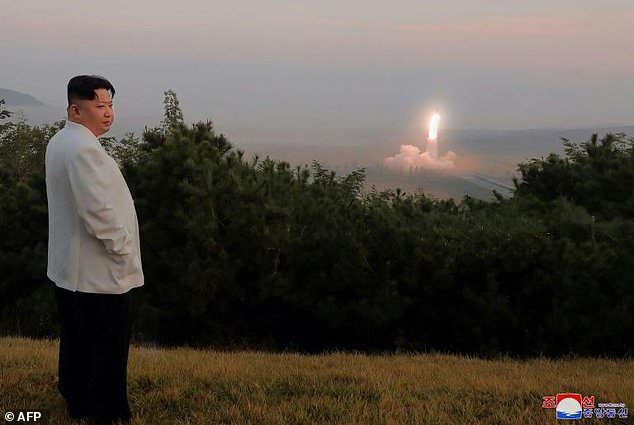 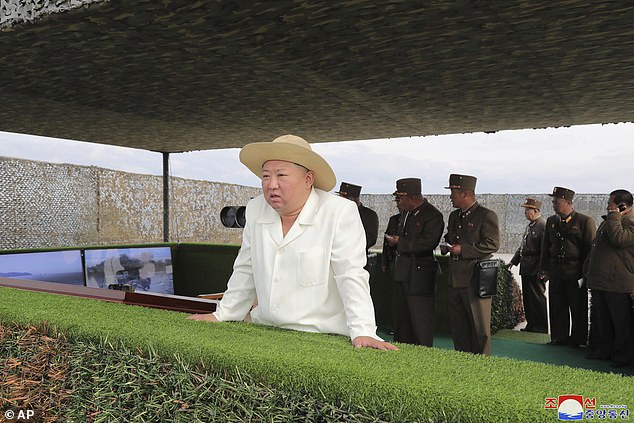 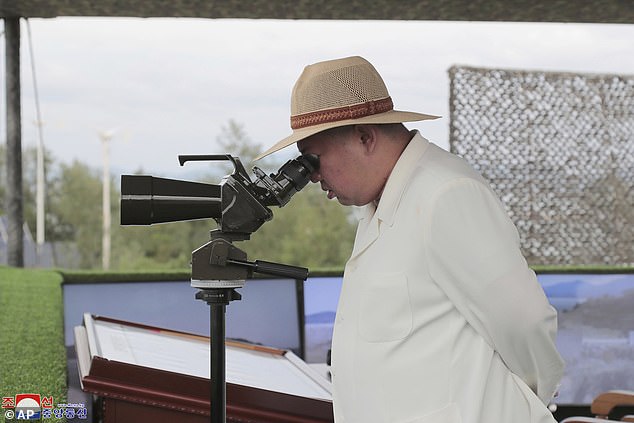 In response, North Korea ‘decided to organise military drills under the simulation of an actual war’ that gamed out hitting South Korea’s ports, airports and military command facilities, KCNA said.

North Korean army units involved in ‘the operation of tactical nukes staged military drills from September 25 to October 9 in order to check and assess the war deterrent and nuclear counterattack capability,’ the report said.

Kim ‘guided the military drills on the spot,’ it said, adding he had dismissed the idea of restarting talks, saying North Korea ‘felt no necessity to do so’.

That test aimed to ‘send more powerful and clear warning to the enemies’.

North Korea’s claim its missile launches are a ‘response’ to US-South Korea drills is part of a ‘familiar spiral dynamic’ on the Korean peninsula, said US-based security analyst Ankit Panda.

‘I worry that this is the start of a dangerous dynamic on the Korean Peninsula, where we have two states in a bitter rivalry and each faces strong incentives to fire first in a serious crisis,’ he said.

‘The North Koreans haven’t yet defined what exactly they consider to be a tactical nuclear weapon or mission… but we’re starting to see a picture that suggests any nuclear weapon they´d look to use early in a conflict can be defined as a ‘tactical’ capability,’ he told AFP.

It is also significant that North Korea was not framing the recent launches as tests of the missiles themselves, but of the units that launch them, analysts said. 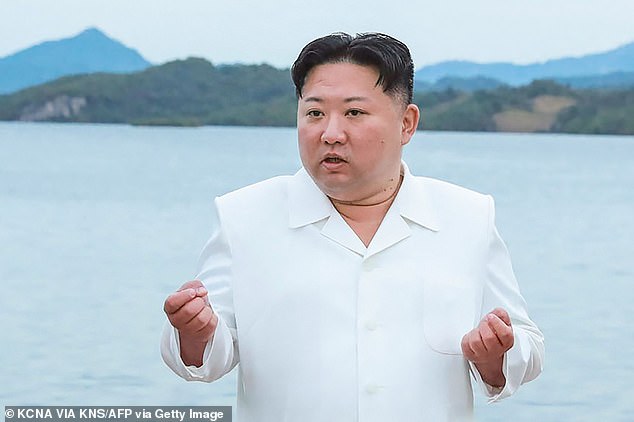 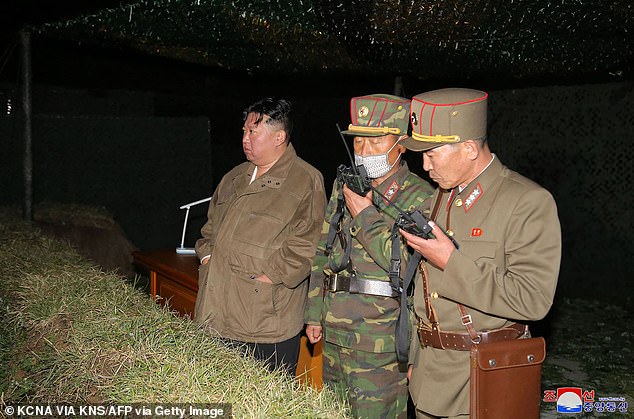 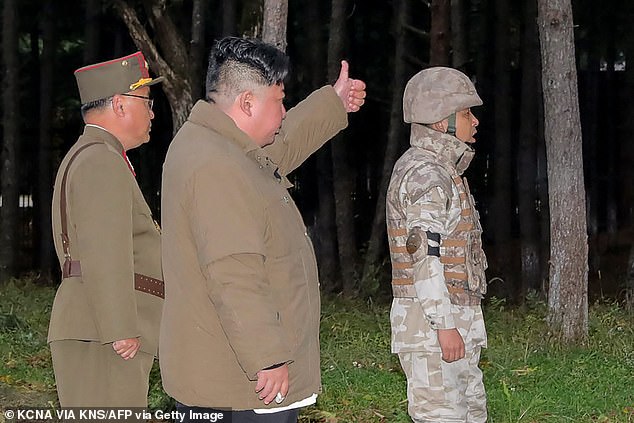 ‘That suggests these systems are deployed,’ Jeffrey Lewis of the Middlebury Institute of International Studies wrote on Twitter.

In addition to the array of ‘tactical nuclear’ drills, North Korea said it had carried out ‘a large-scale combined air-attack drill’, which was also overseen by Kim.

KCNA said this involved ‘more than 150 fighter planes’ but analysts dismissed this as domestic propaganda, and Seoul said last week it had only detected 12 North Korean warplanes flying in formation.

The volley of KCNA statements about its recent tests — which are unusual, as state media no longer routinely comments on launches — indicates Pyongyang is concerned about the recent US-led joint drills, analysts said.

‘To strengthen its self-proclaimed deterrent, it is making explicit the nuclear threat behind its recent missile launches,’ said Leif-Eric Easley, a professor at Ewha University in Seoul.

‘The KCNA report may also be a harbinger of a forthcoming nuclear test for the kind of tactical warhead that would arm the units Kim visited in the field,’ he added.

Officials in Washington and Seoul have been warning for months that North Korea has completed preparations for another nuclear test — which would be the country’s seventh, and first since 2017. 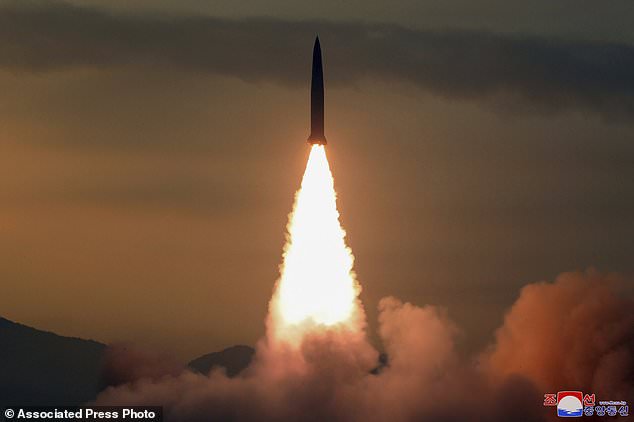 A picture released by North Korea purports to show missile test at an undisclosed location in North Korea, as taken sometime between September 25 and October 9 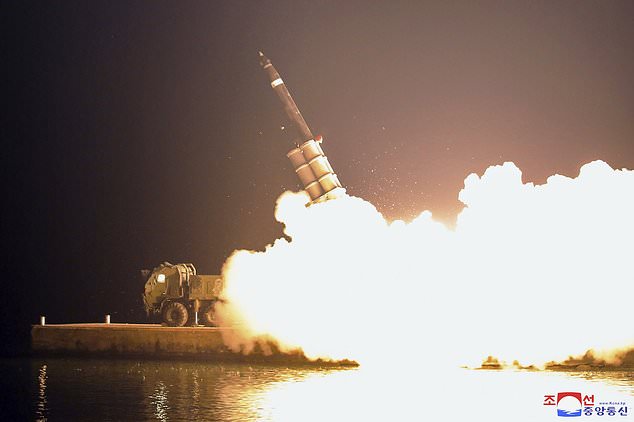 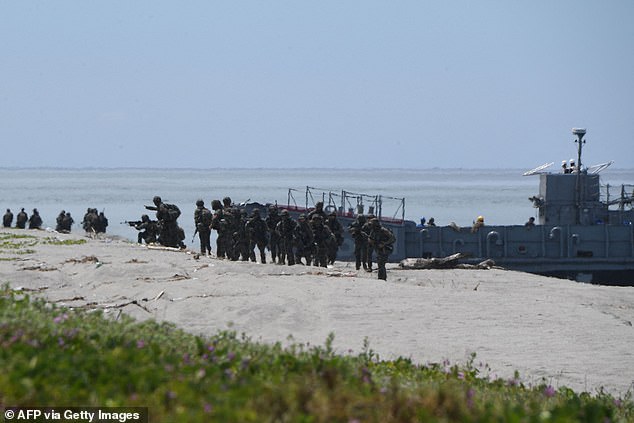 US and South Korean marines disembark from a US marine landing ship during a joint amphibious landing exercise with their Philippine counterparts at a beach facing the South China Sea in San Antonio town, Zambales province on October 7, 2022 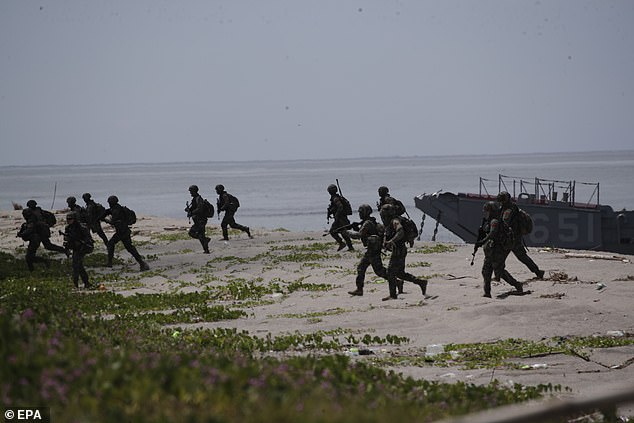 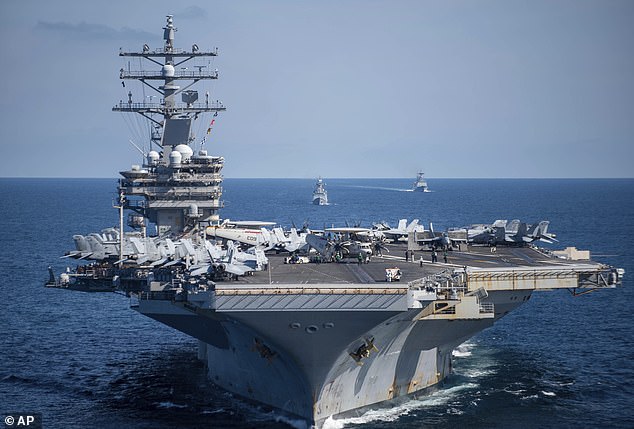