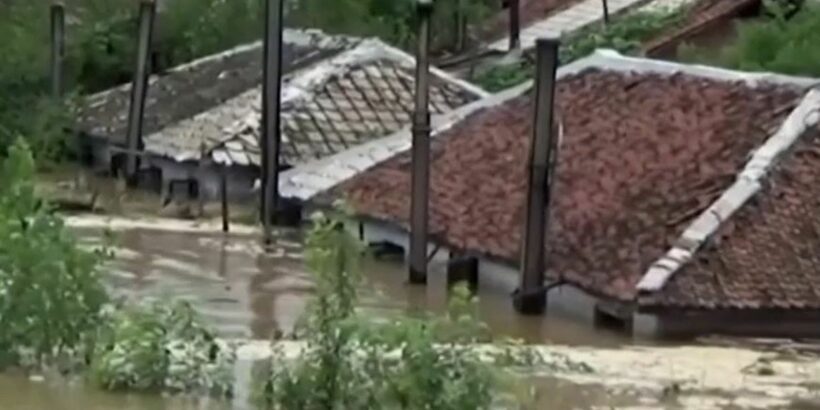 Thousands of people have been evacuated and more than 1,100 homes were destroyed after heavy rain caused flooding in North Korea.

Farms and roads were washed away in the east of North Korea, which is currently facing a worsening food shortage. 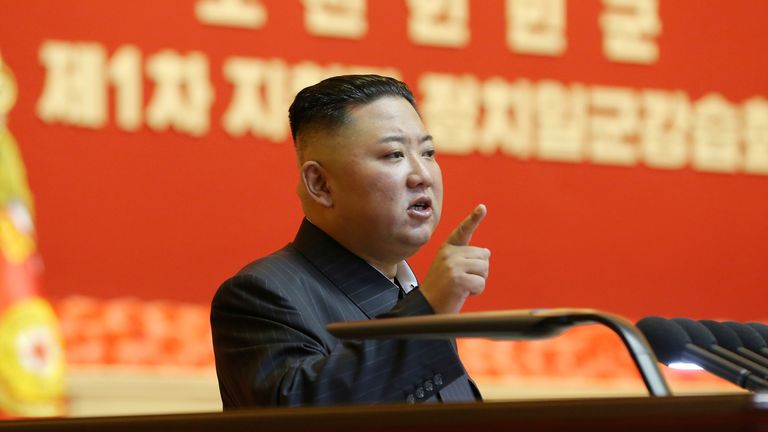 Parts of North Hamgyong recorded more than 500mm of rain from Sunday through to Thursday, while areas of South Hamgyong exceeded the average monthly rainfall during that time, the deputy head of the State Hydro-Meteorological Administration, Ri Yong Nam, told state broadcaster KRT.

A heatwave and drought have reduced the food supply in the country, which cut itself off from most foreign imports and aid to prevent a coronavirus outbreak, and is also subject to international sanctions.

Although there have been no reports of mass starvation or social chaos, observers have said they expect a further deterioration of the country’s food supplies until the autumn harvest.

Seoul’s National Intelligence Service told a closed-door parliamentary meeting that the ongoing heatwave and drought have wiped out rice, corn and other crops, as well as killing livestock, according to Ha Tae-keung, a politician who attended the meeting.

Another politician, Kim Byung-kee, quoted the NIS saying that while North Korea typically needs about five million tonnes of food to feed its 26-million strong population, but is currently about one million tonnes short.

The price of rice doubled from early this year and has begun to soar again, Mr Kim said. Chinese data show its trade with North Korea fell by around 80% last year after the borders were closed.

At a key ruling party meeting in June, North Korean dictator Kim Jong Un urged officials to boost agricultural production, saying the country’s food situation is “now getting tense”. He has compared the ongoing pandemic-related difficulties to a famine in the 1990s that killed hundreds of thousands of people.

It comes as North and South Korea restored a communications hotline that Pyongyang severed last year.

Kim Jong Un reached the agreement with South Korea’s President Moon Jae-in following an exchange of letters between the two leaders since April.

Some experts have said North Korea may be forced to reach out to the US or the South if its economic difficulties worsen.