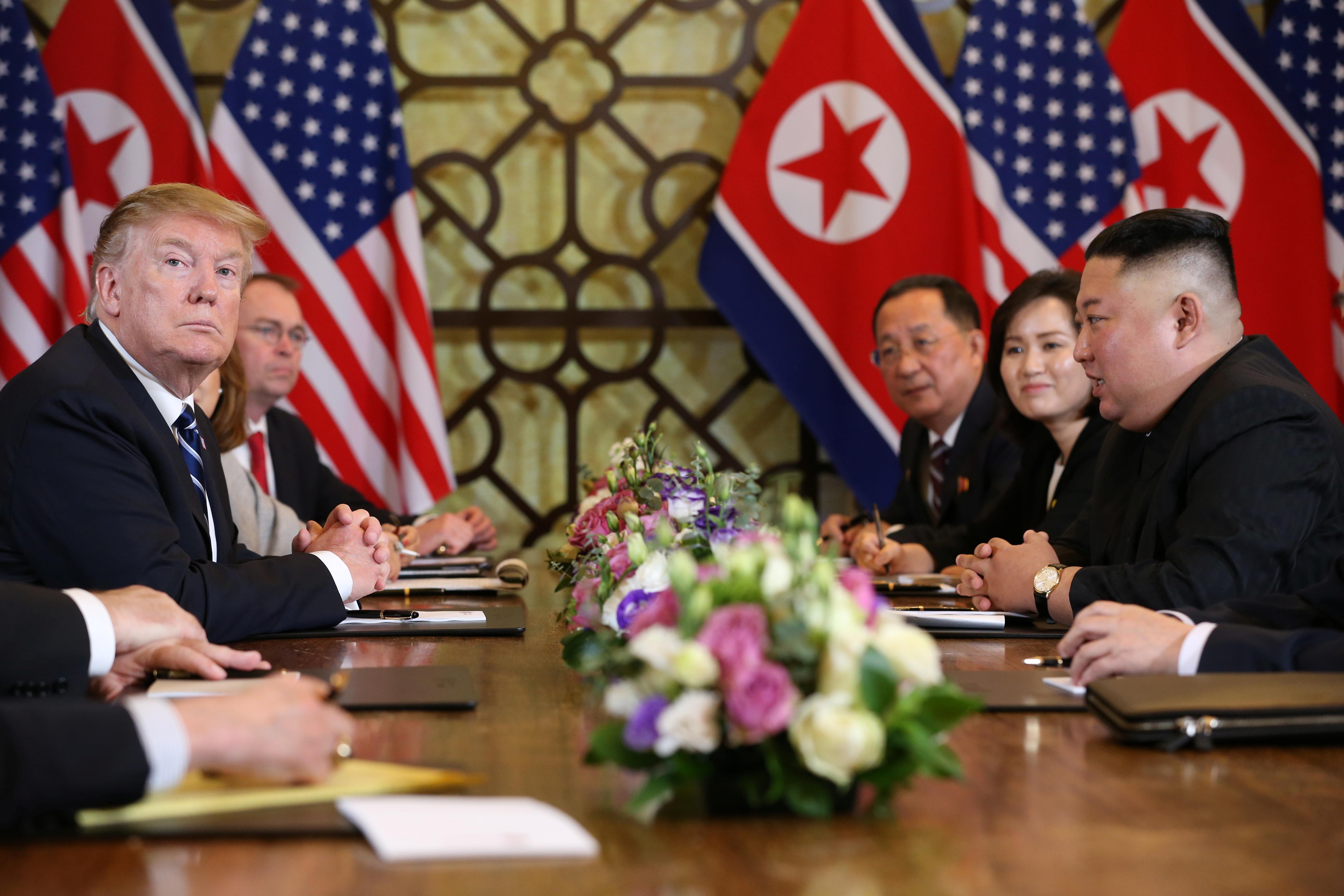 (Reuters) – North Korea proposed closing part of its Yongbyon nuclear complex in exchange for the lifting of all U.N. sanctions except those directly targeting their weapons of mass destruction programs, a senior U.S. State Department official said.

“The dilemma that we were confronted with is the North Koreans at this point are unwilling to impose a complete freeze on their weapons of mass destruction programs,” the official told reporters.

“So to give many, many billions of dollars in sanctions relief would in effect put us in a position of subsidizing the ongoing development of weapons of mass destruction in North Korea,” said the official, who spoke on condition of anonymity.

The official spoke to reporters following the collapse of a second summit between U.S. President Donald Trump and North Korean leader Kim Jong Un in Vietnam on Thursday.

“It was all about the sanctions,” Trump told a news conference after the talks were cut short. “Basically, they wanted the sanctions lifted in their entirety, and we couldn’t do that.”

However, North Korean Foreign Minister Ri Yong Ho told a news conference that North Korea had sought only a partial lifting of sanctions “related to people’s livelihoods and unrelated to military sanctions.”

The U.S. official said the two sides also differed on the closing of the Yongbyon nuclear complex.

“What the North Koreans proposed to us was closing down a portion of the Yongbyon complex,” the U.S. official said.

“It’s a substantial set of facilities on a single property. And it is important to be very precise about that. And the North Koreans struggled to give us a precise definition of what that was,” the official said.