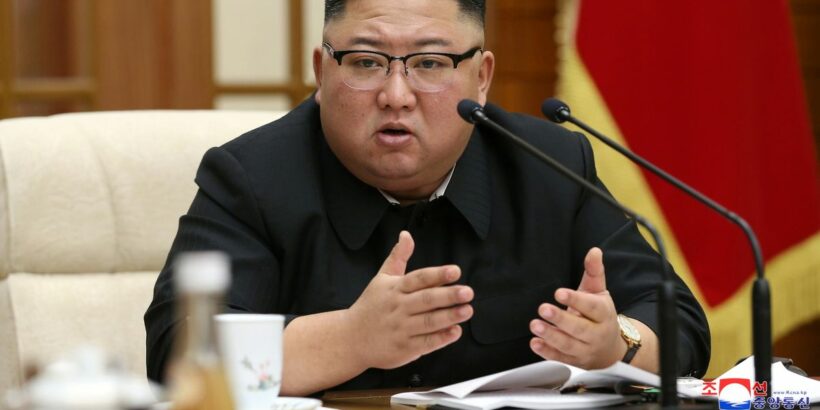 Tubby tyrant Kim Jong-un’s sister has reportedly been demoted in North Korea despite being seen as his potential successor.

Kim Yo-jong was not mentioned on a new list of the ruling Worker Party’s executive committee, according to state media.

Her absence raised questions about her status after what has been seen as years of increasing influence on her brother, 37.

The party held elections for its central committee on Sunday during its ongoing multi-year congress.

The gathering maps out the regime’s diplomatic, military and economic policy goals over the next five years.

State news agency KCNA said Yo-jong remained a member of the central committee, although she was not included on its politburo list.

Analysts say her influence has grown dramatically in recent years, initially as what appeared to be the young leader's personal secretary.

She then became his special envoy to South Korea and a deputy director of a key party department overseeing personnel and organisational affairs.

In 2017, she became only the second woman in the pariah state to join the exclusive politburo after her aunt Kim Kyong Hui.

Lim Eul-chul, a professor of North Korean studies at Kyungnam University in Seoul, said she may have taken up other important roles in the hermit kingdom.

The professor said: "It is too early to draw any conclusion about her status, as she is still a central committee member and there's a possibility that she has taken up other important posts.

Meanwhile, Jong-un – who has been leader since 2011 – changed his title from chairman to general secretary of the Workers' Party.

It means he takes over the title from his late dad, in a largely symbolic move seen aimed at further cementing his power.