North Korean waitresses who ‘defected’ to Seoul in high profile 2016 case were actually ABDUCTED by the South, international lawyers conclude

A group of North Korean waitresses who ‘defected’ to Seoul in 2016 were actually abducted by the South, a fact-finding team of international lawyers has concluded after a visit to Pyongyang.

The case has long been controversial, with Pyongyang saying the 12 women were kidnapped from a North Korean state-run restaurant in China while Seoul insists they defected of their own free will.

During their six-day stay in the North Korean capital, which ends Thursday, the lawyers said they spoke to seven former waitresses who claimed they managed to escape while their colleagues were tricked into coming to Seoul. 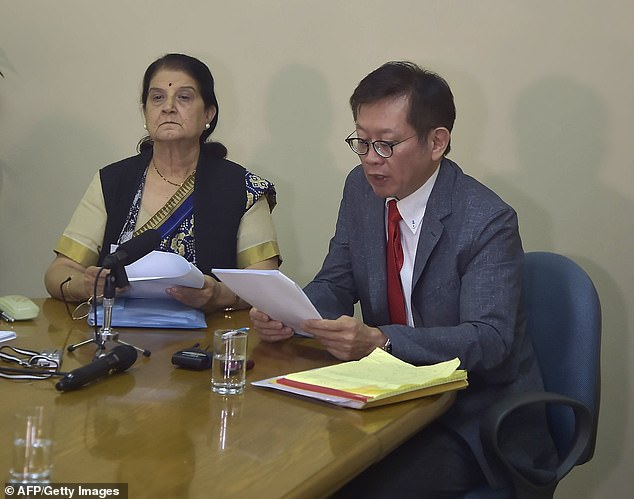 The seven North Korean women said they were able to escape – and eventually return to the North – only because their team leader overheard a conversation between the restaurant’s manager and a representative of the South Korean intelligence service, who had come to take them to the airport.

While they escaped, the 12 other waitresses had already left without knowing they were being taken to South Korea, the joint fact-finding committee of the International Association of Democratic Lawyers said in a statement.

The 12 women were ‘taken away by deception … against their will, separated from their families and country’, it said after taking evidence from their seven colleagues. 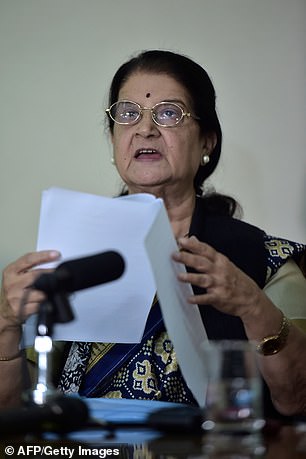 The team had received ‘full cooperation’ from the North but were not allowed to meet the 12 women who are currently in the South, said Niloufer Bhagwat (pictured), of the Confederation of Lawyers of Asia and the Pacific

‘This constitutes the criminal offence of abduction.’

At a briefing in Pyongyang on Wednesday, one of the lawyers slammed the Seoul government for its handling of the case.

The team had received ‘full cooperation’ from the North but were not allowed to meet the 12 North Korean women who are currently in the South, said Niloufer Bhagwat, vice president of the Confederation of Lawyers of Asia and the Pacific.

‘The young women … are still being monitored by the South Korean intelligence service and the national police agency,’ she said.

In a bombshell revelation last year, the manager of the restaurant where the waitresses worked said he had lied to them about their final destination and blackmailed them into following him to the South.

Heo Gang-il told the South’s JTBC television that he had been recruited by Seoul’s National Intelligence Service (NIS) in China in 2014.

The South’s National Human Rights Commission has since completed a probe into the case but is yet to release its findings.

The lawyers said they would finalise a final report on their findings following their trip to Pyongyang in late September and report to the United Nations. 32 Instagram Captions For Your Valentine’s Day Dinner For Two