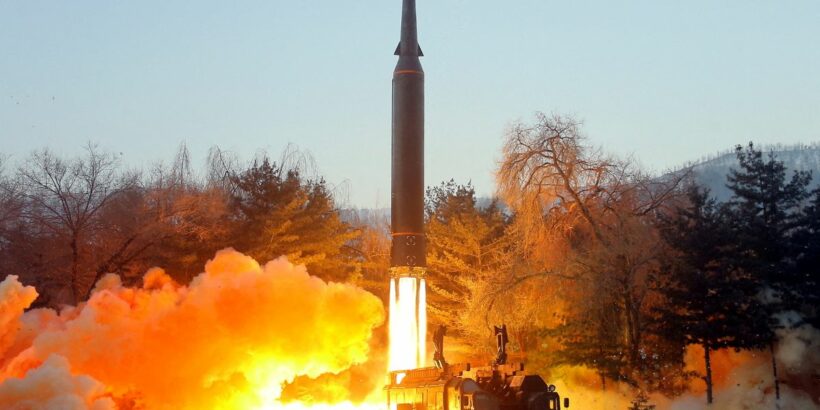 The US Secretary of State has says North Korea's nuclear and conventional missile programmes pose an ongoing threat to the region and the safety of the wider world.

Antony Blinken's comments come in the wake of the most recent bout of provocative missile tests conducted by the hermit kingdom.

A “hypersonic missile” launched by North Korea successfully hit its target this week, according to a report from state-run news agency KCNA on Thursday.

The nation began testing hypersonic missile technology in September and, as opposed to the country's usual sabre rattling, its progress has set off alarm bells in many of the world’s capitals.

The technology would enable the totalitarian state to deploy missiles travelling at five times the speed of sound (3,850 mph) that could bypass outer space and head directly for their target.

“The successive successes in the test launches in the hypersonic missile sector have strategic significance in that they hasten a task for modernising strategic armed force of the state,” the KCNA report said.

In light of the developments, Secretary Blinken emphasised the need for a strengthened US-Japan alliance to check the region’s most troubling security threat.

Blinken said: "The DPRK's unlawful nuclear missile programmes pose an ongoing threat – we saw that again this week with the most recent launch”.

North Korea’s colossal neighbour and most powerful ally, China, also came in for some criticism.

Blinken described China’s foreign policy within the region as "provocative", while also condemning Russia's amassing of troops along the Ukraine border.

"So, to address these evolving threats, our alliance must not only strengthen the tools we have but also develop new ones," Blinken said.

"And I think that's really the focus of the discussions that are about to happen."

In addition to Secretary Blinken’s comments, the US state department condemned the test as a violation of multiple UN security council resolutions.