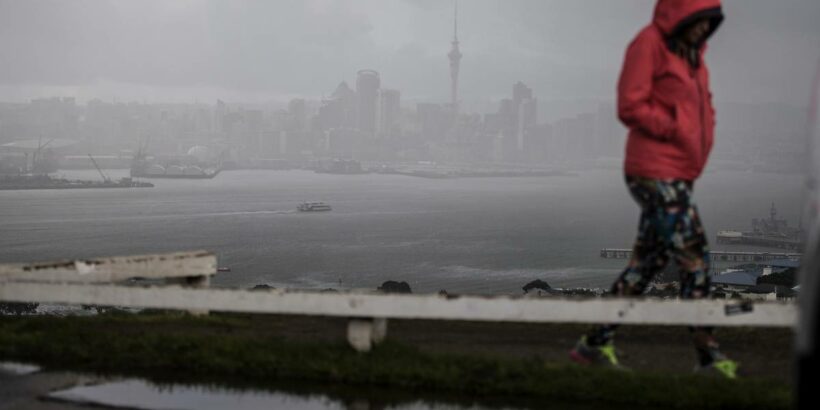 Northern regions are in for a good soaking this week but forecasters say the rain could miss dry areas elsewhere that need it the most.

“It’s going to be a wet Tuesday for Northland, Auckland and the Coromandel with heavy rain spreading to the Bay of Plenty overnight and into Wednesday morning,” she said.

“Over the next 10 days, a persistent westerly flow will bring regular rain to the West Coast and southern Southland but eastern Otago and Canterbury will miss out.”

Currently, the east of both islands was still running particularly dry, more than two months on from summer.

“For the North Island, the rain coming to start the week will help to alleviate some of the dryness but no significant rainfall is signalled for the east of the South Island in the short to medium term which is something we are keeping a close eye on.”

“Taking a look at the NZDI for the Clutha district, the last time we had a higher NZDI than now was in 2013, which was a significant drought year,” she said.

“While the active weather and a bit of a change to the status quo will be what grabs headlines over the next week, the areas not getting the rain is likely to be the bigger story in the longer term.”

In the background, an unusual La Nina climate system that had influenced our summer weather was fast fading, with the tropics moving back into El Nino-Southern Oscillation (ENSO)-neutral conditions, favouring neither La Nina or El Nino.

In the absence of a main driver, the biggest climate influencer was the Madden-Julian Oscillation (MJO) – a pulse of cloud and rain near the equator that moved above New Zealand every 30 to 60 days.

“The current pulse has been contributing to our unsettled weather and what is to come in the short term,” Fedaeff said.

“It has also brought wet weather across the ditch. The flooding in New South Wales at the end of March meant the state finished up with its second wettest March on record.

“The MJO is continuing its journey eastward and is expected to move onto the Americas and Africa during the next two weeks.

“This will result in a pattern of transition for New Zealand, away from wetter westerly winds and toward more high pressure.”