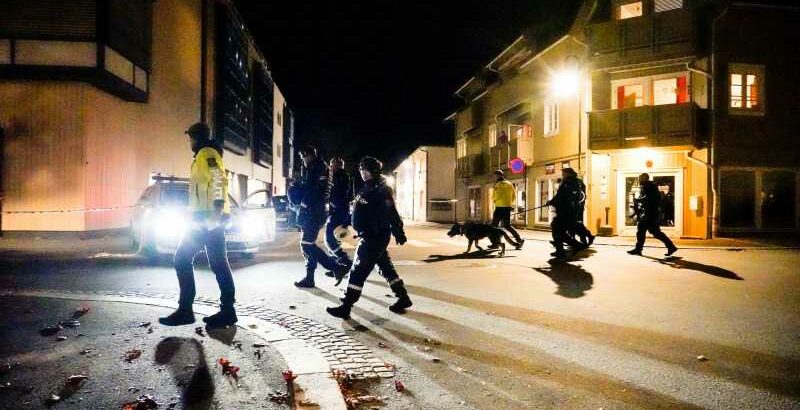 Witnesses to a series of killings in Norway have described “shocking” scenes as a man armed with a bow and arrow launched a series of deadly attacks.

Four women and one man were killed during the rampage in Kongsberg, with a police officer among others left injured.

David, a 20-year-old student, said he was arriving at the city centre’s Coop Extra supermarket when he saw a man with an arrow sticking out of his back walk out of the store. 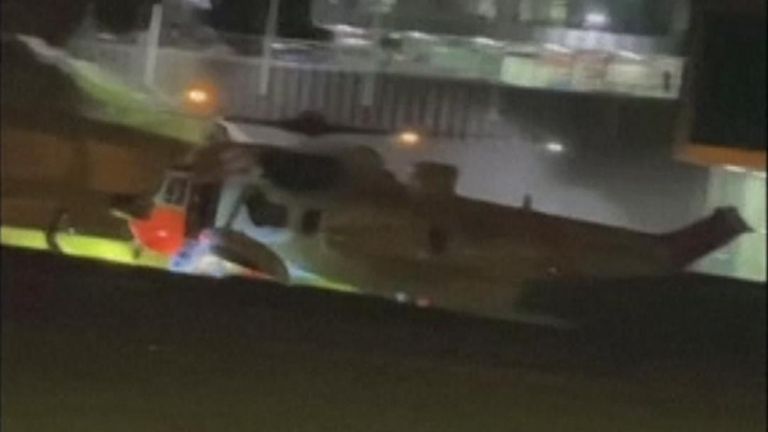 “There was an arrow in the back of him. It was shocking,” he told Drammens Tidende newspaper.

He said he asked the man how he was and “he said he was ok, and that he was going to the emergency room”.

The attacker managed to get away from officers who initially confronted him after he fired arrows at them.

A 37-year-old Danish man was arrested around half an hour later at 6.47pm local time.

Police believe all the killings happened during that period.

They say the suspect had previously been identified as showing signs of radicalisation and will now be assessed by forensic psychiatric experts. 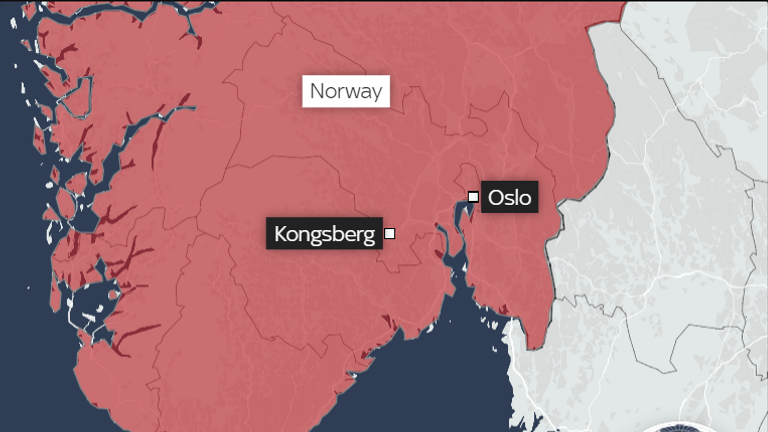 Thomas Nilsen lives near the scene of the attacks and said he came out of his house after hearing what he initially thought was an argument.

“I thought it was war, because it was so intense.” he told NRK.

“But then I heard a scream I have never heard before. It was a scream that burned into the soul. I will never forget that. I perceived it as a death cry.”

After walking outside his home he saw people had begun to gather to start administering life-saving first aid.

“In the end, there were 20 to 30 police cars, ambulances and fire trucks there,” he told VG newspaper.

“Then I did not stay around to look.” 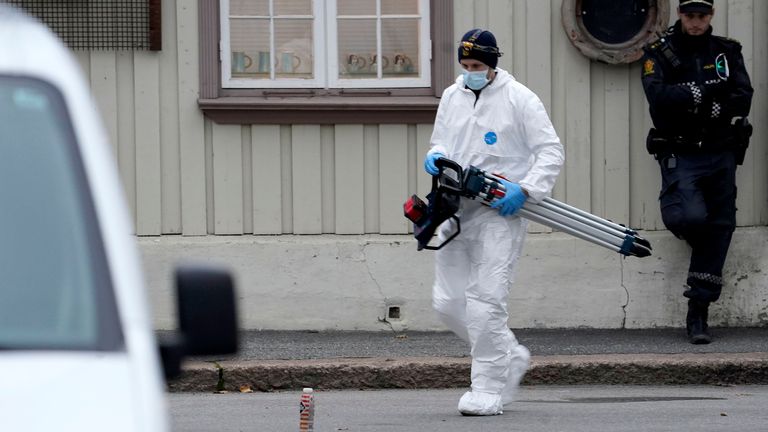 Kari Smeby was out for a run just before 6.30pm when she heard the alarm at the store ringing and saw a police car outside.

She said a passer-by told her there was “someone running around with a bow and arrow”.

“I almost did not believe it,” she told NRK.

“It sounded completely insane. I envisioned some play equipment. It definitely wasn’t.”

She said she later saw a helicopter and lots of blue lights, and understood the seriousness of the situation.

“The first thing I did when I got home was lock the door. I did not manage to take in what happened. And in little Kongsberg. Unreal is the best word.”