Norwegian backpacker, 26, was ‘raped in an alleyway after going looking for her purse in the early hours on Thailand’s notorious Full Moon Party island’ 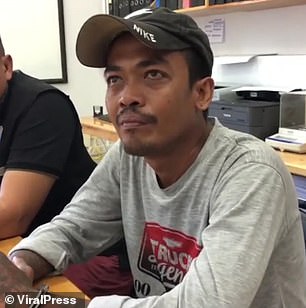 Rewat Hansuwan, 33, has allegedly confessed to raping the woman

A 26-year-old Norwegian woman was raped on Thailand’s notorious Full Moon Party island while looking for her purse in the early hours of the morning, police said.

The backpacker had been partying on the beach on Koh Phangan before returning to her hostel on Saturday night at 11pm.

She went back out with a friend to search for her missing wallet then returned again on he own at around 3am to look again.

CCTV shows a Thai man stopping on his scooter and offering to help, before she climbed on the back and rode away with him. 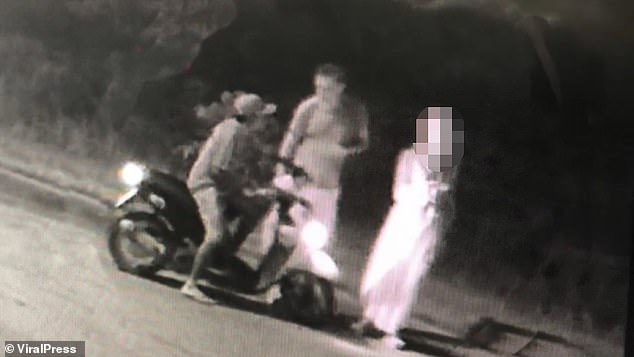 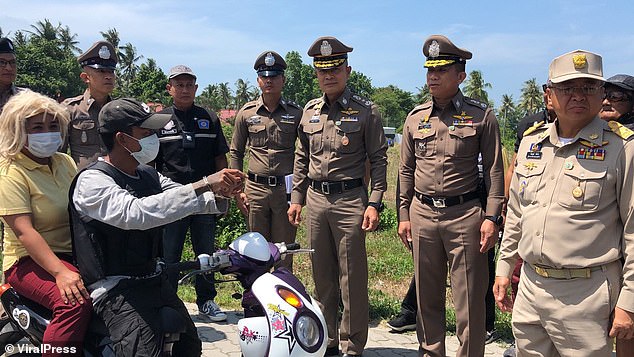 Rape suspect Hansuwan took part in a re-enactment on Tuesday, with a female Thai officer in a blonde wig on the back of the scooter playing the role of his alleged victim

However, when he refused to stop she jumped off and was allegedly kicked and punched in the ribs before being raped in an alleyway behind a nearby Big C supermarket. One of her sandals was left at the scene.

The woman immediately complained to police and said she was too drunk to recall the nationality of the man.

Officers checked CCTV and found the bike and the owner Rewat Hansuwan, 33, on Monday night.

He was identified as a former convict who had only been released from prison for drugs offences a few hours earlier on Saturday afternoon and started work on the island as a mechanic.

Police said Hansuwan matched the images in CCTV and he allegedly confessed to raping the young woman. 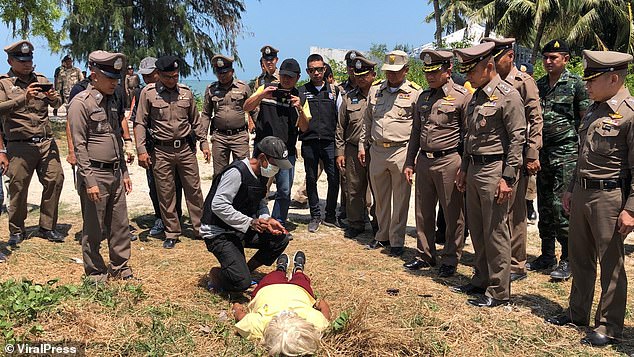 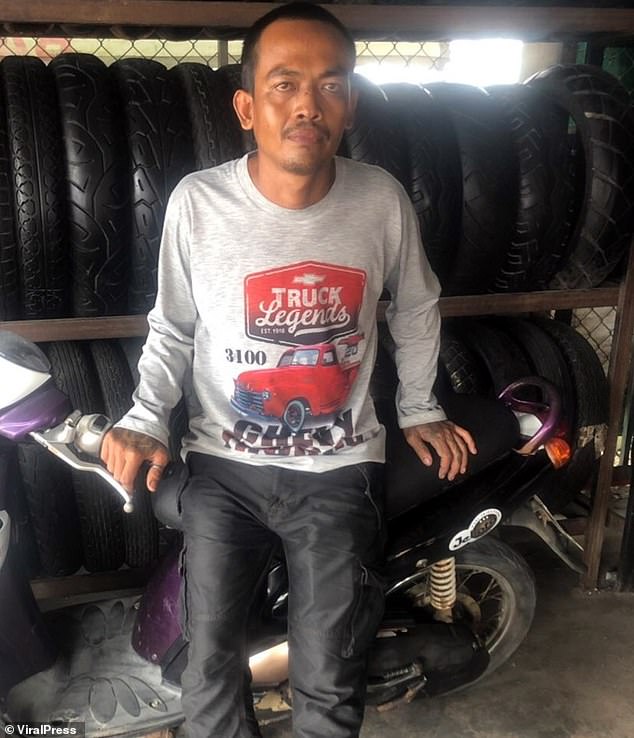 He was pictured on his bike with an officer wearing a blonde wig on the back playing the role of his alleged victim on Tuesday.

Police Lieutenant General Phongwut Phongsri said: ‘Police were informed of the attack at approximately 4am on Sunday morning.

‘The victim had been to the Half Moon party and returned to her hostel. She told us she had been deceived by by the Thai man while she was looking for her purse.

‘The suspect offered to help her then took her to an alleyway behind the Big C store where he violated her.’

Officers checked CCTV and identified the Honda Fino scooter which was traced to a nearby motorcycle repair shop. There they found Hansuwan and he was arrested. 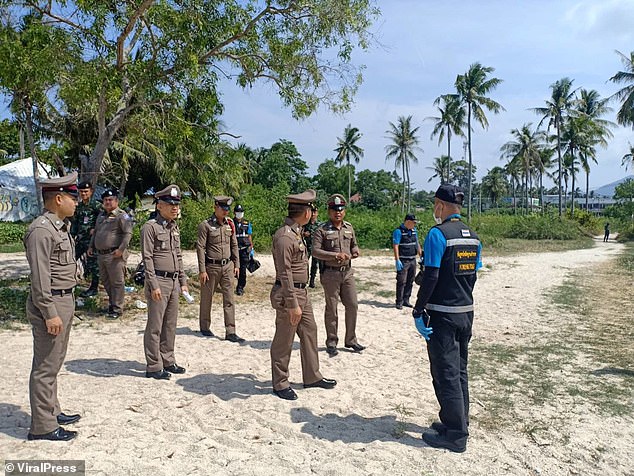 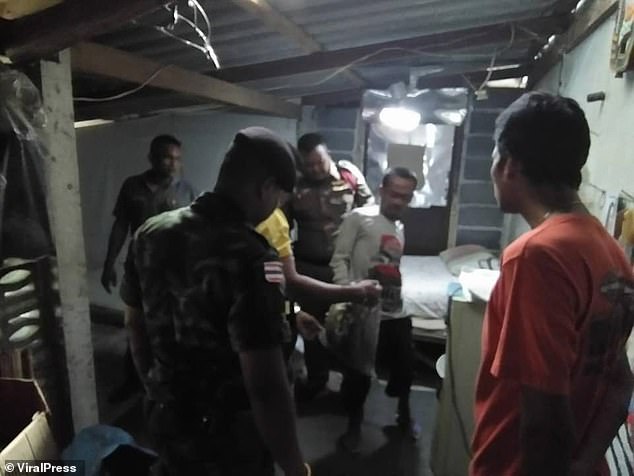 Lieutenant General Phongsri said the man confessed to the attack when he was shown the CCTV of him picking up the woman on his motorcycle.

The police chief added: ‘The suspect was released from prison on Koh Samui for narcotics offences on Saturday. He will now be detained in police cells while the case proceeds according to the law.’

The incident is the latest example of young female tourists being raped on Thailand’s notoriously dangerous islands. 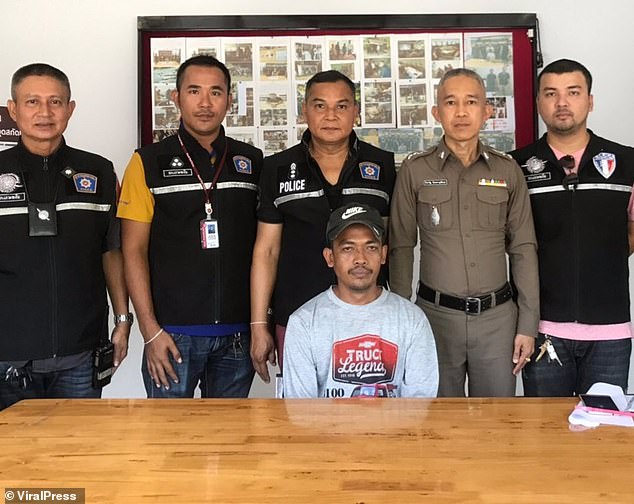 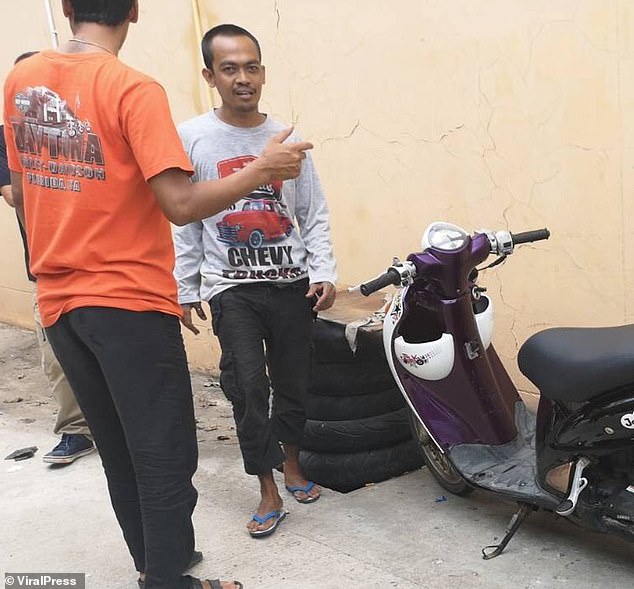 While on April 15 on Koh Phi Phi, a 21-year-old female British backpacker was raped after falling asleep on a Thai holiday island while celebrating the country’s new year.

Last September, a British teenager was banned from Thailand after complaining that she had been raped on the island of Koh Tao.