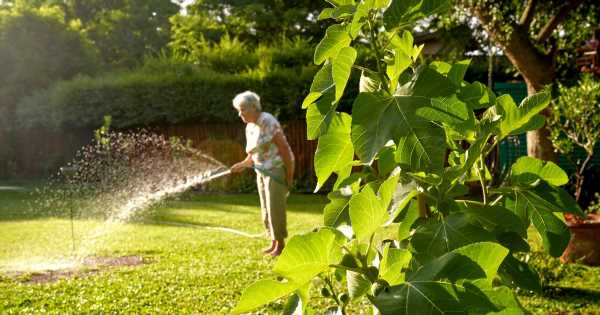 Nosey neighbours who snitch on people using hosepipes in bone-dry Britain are being warned it may spark street wars.

As our sister paper the Daily Star reported this week, left, water supply bosses asked us all to report ban floutings – so they can issue £1,000 fines.

But Neighbourhood Watch chief John Hayward-Cripps urged people to try speaking with fellow residents, rather than rushing to report them.

He said: “What is needed is a certain amount of common sense and treating people as you would like to be treated yourself.

“Snitching without having any conversation is likely to irritate people.

“You might want to make your neighbour aware of the ban and explain why it is important to preserve water.

“We have had the driest winter for a long time.

“And with the cost-of-living crisis, nobody wants or needs a £1,000 fine.” It comes as experts warned at least £20billion is needed to stop constant leaks and build new reservoirs, as water levels drop amid rising global temperatures.

National Infrastructure Commission boss Sir John Armitt admitted: “It’s hard to swallow an instruction not to use your hosepipe when

you know that almost one fifth of water is lost each day through leaking pipes.”