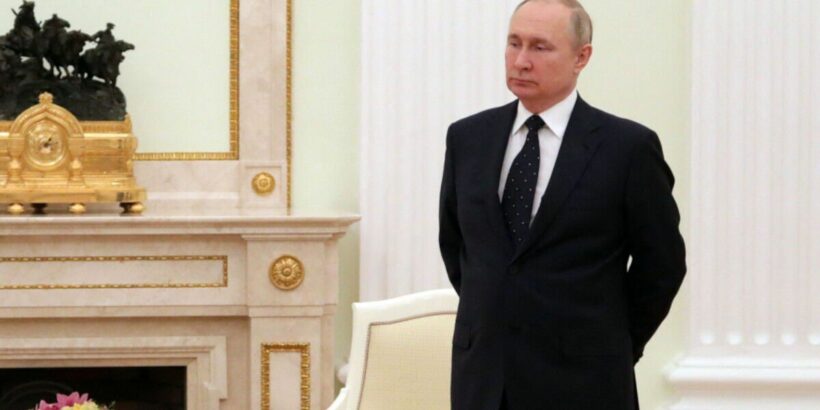 Almost two whole months into Russia’s invasion of its neighbouring country, reports are emerging that more and more figures close to the President are becoming concerned by mismanagement in the war and by the long-term implications for Russia itself. High-level Government and state-run business leaders are coming to the conclusion the invasion was a “catastrophic mistake”, according to Bloomberg.

Their view echoes that of UK Defence Secretary Ben Wallace, who said last month Russia will now be isolated from the West for “decades to come”.

He added the prospect of having normal diplomatic relations with the Kremlin was now “almost impossible” to imagine.

Those Russian officials who spoke to Bloomberg believe the situation will only get worse, given few if any figures are willing to raise their concerns to Putin directly and because they see “no chance” the President will change course.

They spoke on the condition of anonymity, “too fearful of retribution” to their comments.

Journalist Mark Galeotti added critics could be found even beyond the halls of the Kremlin and the offices of important state businesses.

“Even within the security structures, there’s growing alarm and dismay at the invasion.”

He added these figures are particularly perturbed by “the way [the war] was mishandled, and Putin’s apparent refusal to appreciate the long-term dangers”.

When attempts have been made by officials to warn of the damage the war in Ukraine will do to Russia, he appears to have responded dismissively.

Bloomberg reports: “Senior officials have tried to explain to the president that the economic impact of the sanctions will be devastating, erasing the two decades of growth and higher living standards that Putin had delivered during his rule, according to people familiar with the situation.

“Putin brushed of the warnings, saying that while Russia would pay a huge cost, the West had left him no alternative but to wage war, the people said.”

And a recent law warned those who spread “false” information about the war could face up to 15 years in jail.

Announcing the punishment, Duma Chairman Vyacheslav Volodin said it was right there was a “very tough” response to any Russian who “makes statements which discredit out armed forces”.

There is also a good deal of secrecy over the number of Russian troop deaths in Ukraine.

The last Russian report, almost one month ago, on March 25, put the figure at 1,351, which is well below Western estimates.

Relatives of fallen soldiers may soon have to apply to the military rather than to civilian authorities for compensation payments in a proposed move the Defence Ministry said would “limit the circle of people” with information on Russian troops killed in their neighbouring country.