Not AGAIN! Snow is set to return this weekend along with three inches of rain and gales in the South East as weather warnings come back

Just days after Britain basked in a record-breaking heatwave, temperatures are going to plummet and snow is set to return.

Met Office forecasters have warned that snow could fall with the Lake District, North Pennines and Scottish Highlands most at risk.

After the UK bathed in sunshine last week with temperatures hitting a record breaking 29C (84.2F) in central London, the hot spell will turn to cold weather, with winter flurries predicted for higher ground and temperatures of around 5-6C (41-43F). 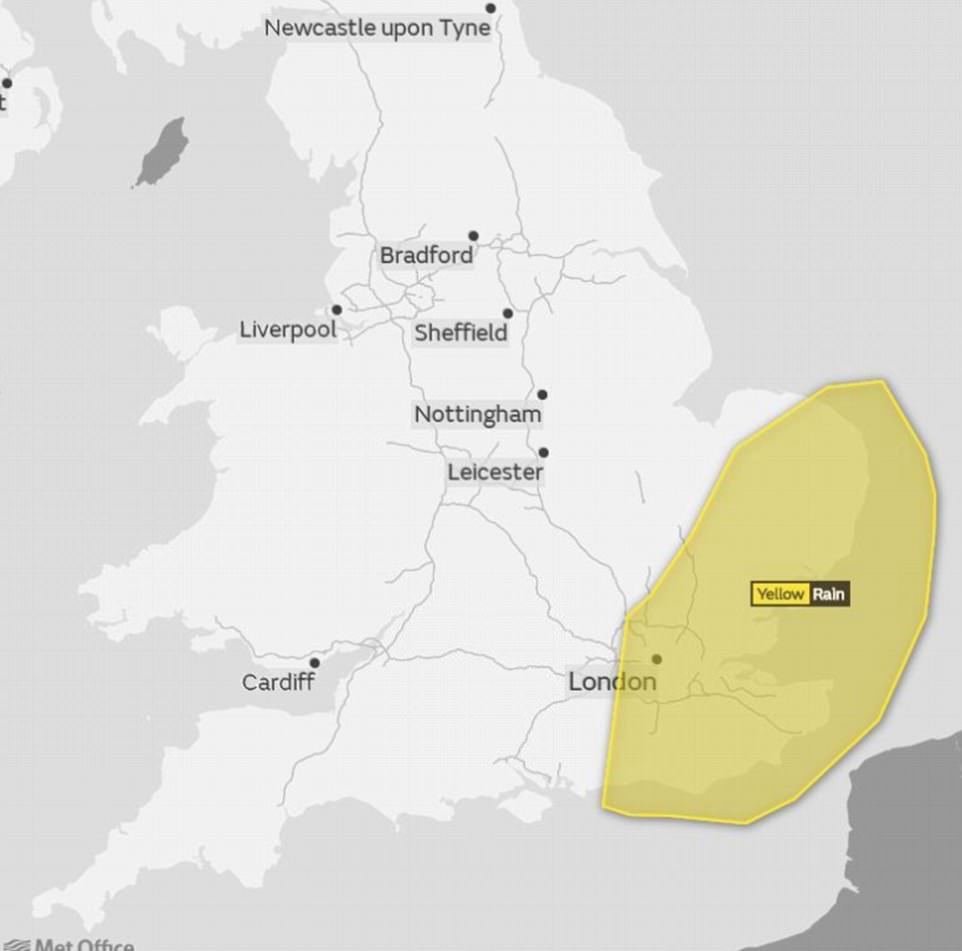 This map from the Met Office shows a band of rain sweeping across London and the south east, amid a weather warning from forecasters

‘Towards the end of the week it is certainly possible that the cold weather will include hail, sleet showers and snow, especially on higher ground,’ said Met Office meteorologist John West.

‘The areas most at risk are the Lake District, North Pennines and Scottish Highlands, but we are not expecting a big impact.’

He said May will start with unsettled weather, although it should not be a particularly wet month.

Forecasters have also issued a flood and gale warning with up to two and a half inches of rain through Sunday night and into Monday. 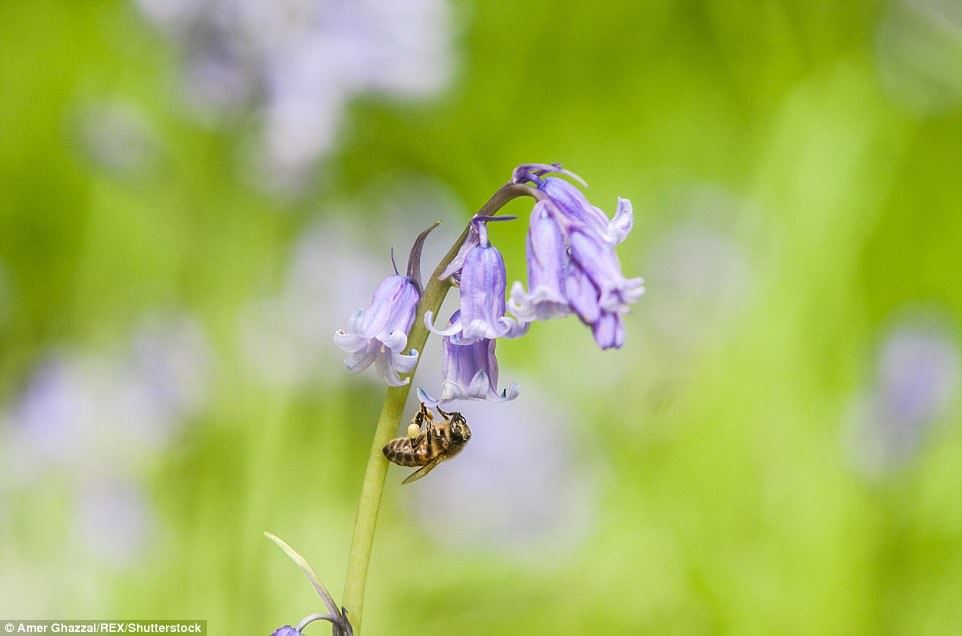 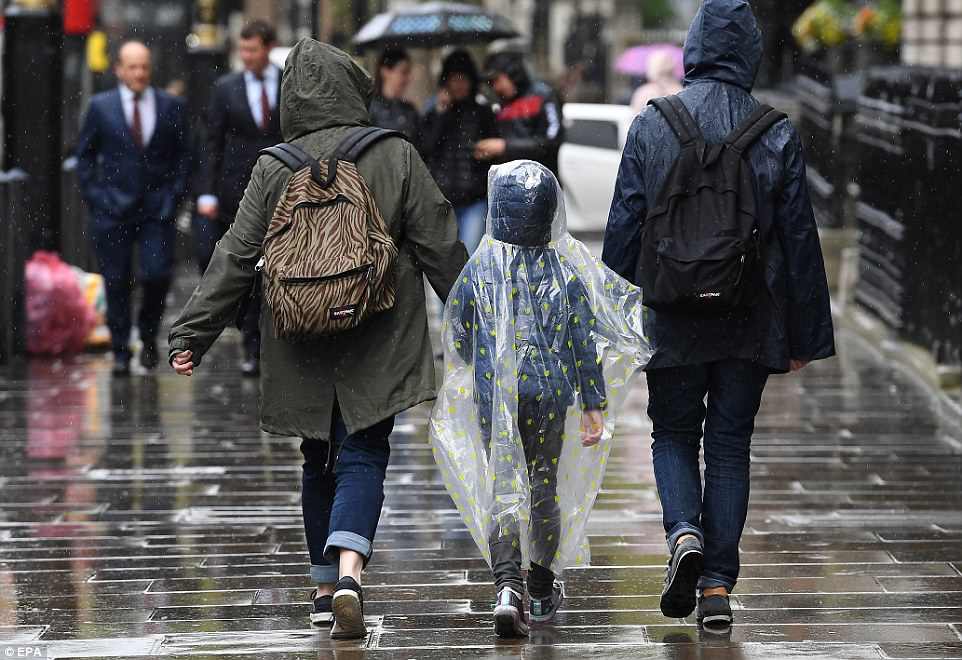 Cold temperatures are expected to return to much of Britain after soaring temperatures last week. Pictured, tourists braved the rain in London

The Met Office has issued a yellow warning for heavy rain across southeastern England and of East Anglia on Sunday evening, lasting through much of Monday.

Forecasters say heavy rain will be accompanied by strong to gale force Northerly winds, and it will be cold enough to produce some snow on high ground such as the North and South Downs, although this is unlikely to settle.