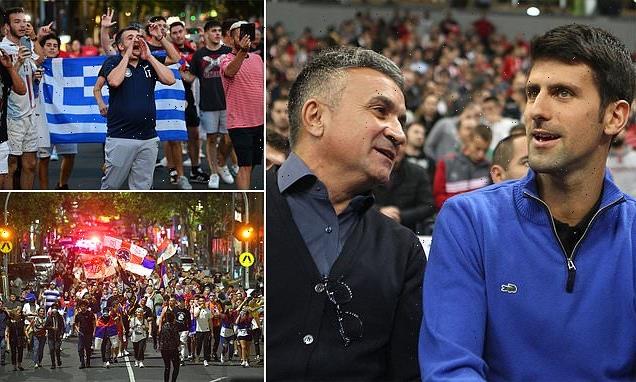 Novak Djokovic’s father has unleashed a brutal verbal tirade against Australia’s Prime Minister, labelling him a ‘dictator’ and calling on the Queen to step in after the tennis champion’s visa debacle.

The 34-year old world No.1 tennis star was released from immigration detention on Monday evening after a Federal Court hearing resulted in the decision to cancel his entry visa being overturned.

Speaking to Serbian media in his native language shortly after, Srdjan Djokovic said Australia had turned it’s back on the ‘ideals of the free world’.

His extraordinary rant followed claims from Novak’s brother that Australian officials were seeking to arrest the tennis ace following the court outcome and re-cancel his visa.

This was later confirmed as false. 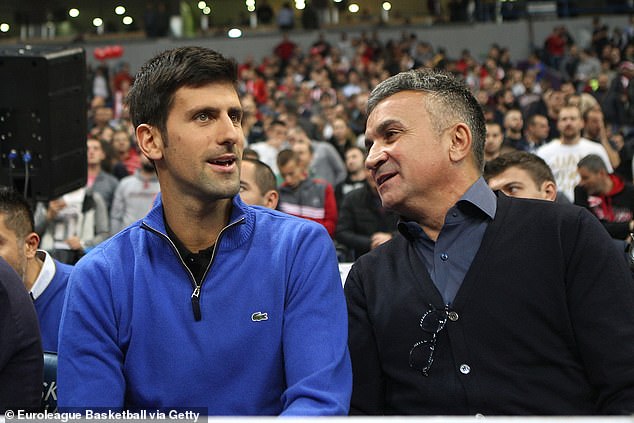 Novak Djokovic (left) pictured with his father Srdjan (right) at Kombank Arena in Belgrade, Serbia in 2017 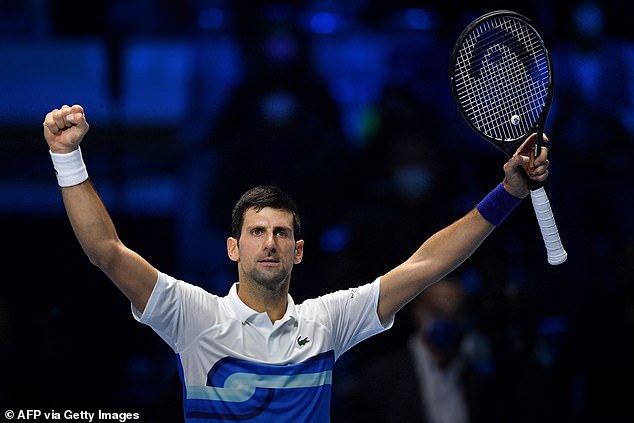 The world No.1 tennis champ (pictured) had his Australian visa cancellation overturned on Monday and is clear to play in the Australian Open Gran Slam

‘Autocracy has shown its true face today. Contrary to the decision of the Independent Court of Australia, dictator Scott ordered the arrest of my son, Your World Champion, Novak Djokovic, and deportation, banning him from entering the country for three long years,’ Srdjan Djokovic said.

‘The court showed that law exists in Australia, but Scott dared to take justice into his own hands.

‘I call on the Queen of Britain, Elizabeth, the leader of the Commonwealth, to intervene and protect the human rights of my son Novak Djokovic and to stop the political prosecution that has been carried out against him since he came to Australia.

‘I appeal to the Queen of Britain, Elizabeth, to intervene and stop the torture carried out over the multiple Wimbledon champion, decorated by Prince William for achievements in philanthropy.’ 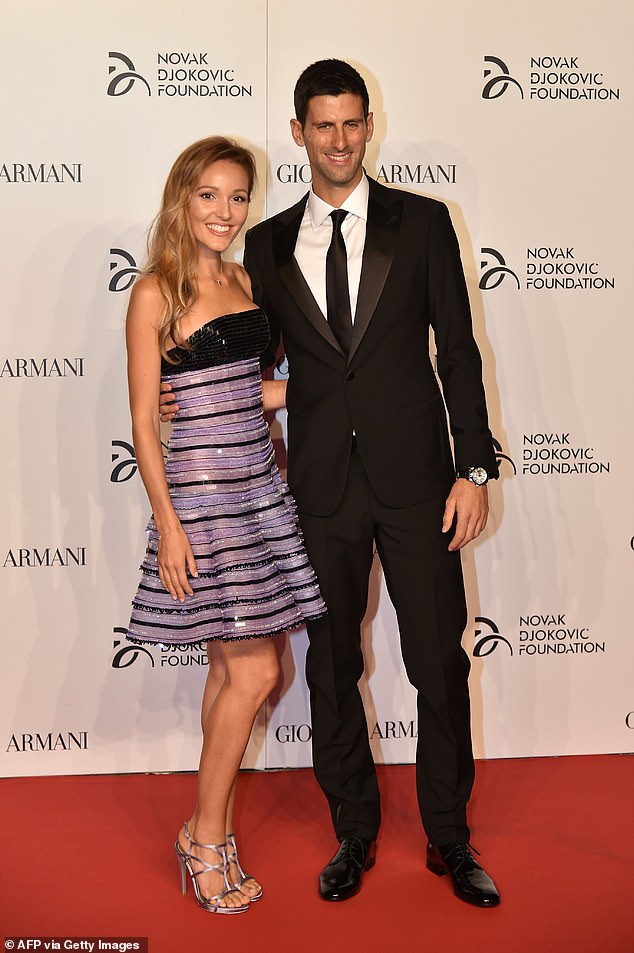 ‘I call on Queen Elizabeth of Britain to prevent the undermining of the reputation of the Commonwealth by the Australia government through political persecution and torture of the world’s best tennis player and free citizen.

‘I call on all Australians and the whole world to raise their voice against terror, and the brutal human rights violations of the world’s best tennis player.

‘The arrest of Novak Djokovic is a political prosecution that has been conducted from the very beginning from a political centre of power that has decided that neither the court nor justice means anything anymore.’ 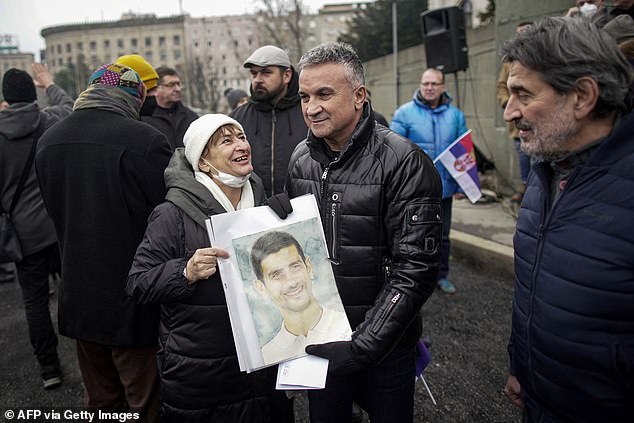 Djokovic had his entry visa cancelled following a lengthy round of questioning by Australian Border Force officials immediately after he stepped into the airport after a 25-hour flight.

It has since been revealed he was told to sleep on a couch in hallway between rounds of questioning and wasn’t given reasonable oppourtunity to consult with his legal team.

After being held in immigration detention since Thursday, Djokovic is a step closer to defending his Australian Open crown and shooting for a record 21st grand slam singles title after winning the case against his deportation. 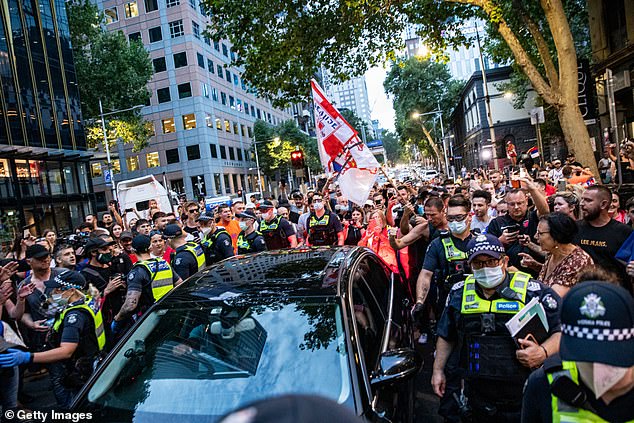 Federal Court Judge Anthony Kelly said he would order on Monday afternoon that the decision to cancel his visa should be quashed and Djokovic be paid costs.

‘The decision to proceed with the interview and cancel that visa … was unreasonable,’ Judge Kelly ordered after an agreement was reached by Djokovic’s legal team and lawyers for Home Affairs Minister Karen Andrews.

He said Djokovic must be released within 30 minutes of the order that was made shortly after 5pm on Monday. 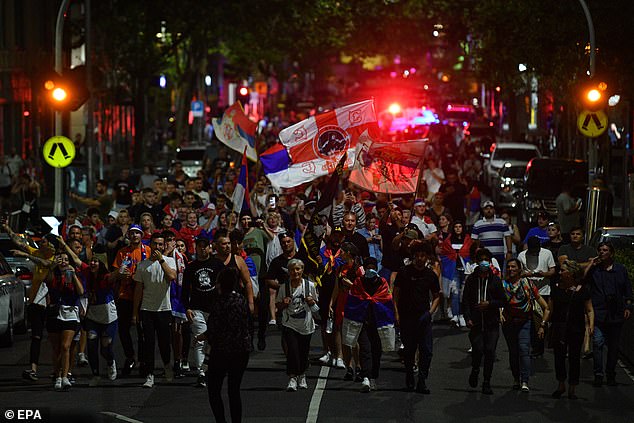 The fans, many of whom were wearing Serbian colours and waving the flag of the European nation, continued marching through the CBD into Monday night (pictured)