Now for some REAL football! Italians wrestle, beat and bloody each other in their traditional Calcio Fiorentino version of the beautiful game

As England battled Panama in their second World Cup match a far more brutal contest was underway in Italy.

Strapping topless and tattooed men of Florence were locking horns in a bloody ‘alternative’ to football known as Calcio Storico.

They played out the final match of the fiercely violent season of games at the traditional spot of Santa Croce square.

Competitors punched, kicked and scratched their way through the jaw-dropping tournament, which offers nothing more than glory as a prize for winning.

Matches between two sides of 27 players take place over a gruelling break-free 50 minutes and no substitutions are allowed even if there are injuries — and there are plenty of those. Bloody but unbowed: This agile competitor grimaced as he attempted to outrun a strapping fellow footballer in the sandy arena Chokehold: This Calcio Storico player got his opponent in a firm headlock during the bloody and brutal match in Florence 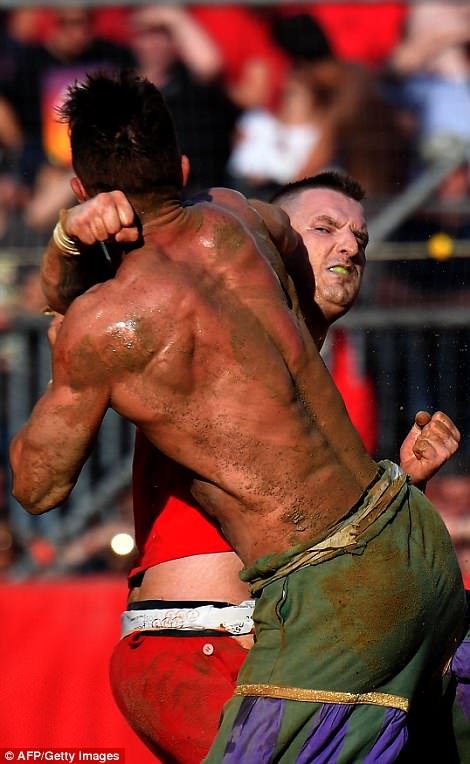 Right hook: There were plenty of punches landed during the jaw-dropping contest, with one player receiving a swift elbow to the side of the head (right) 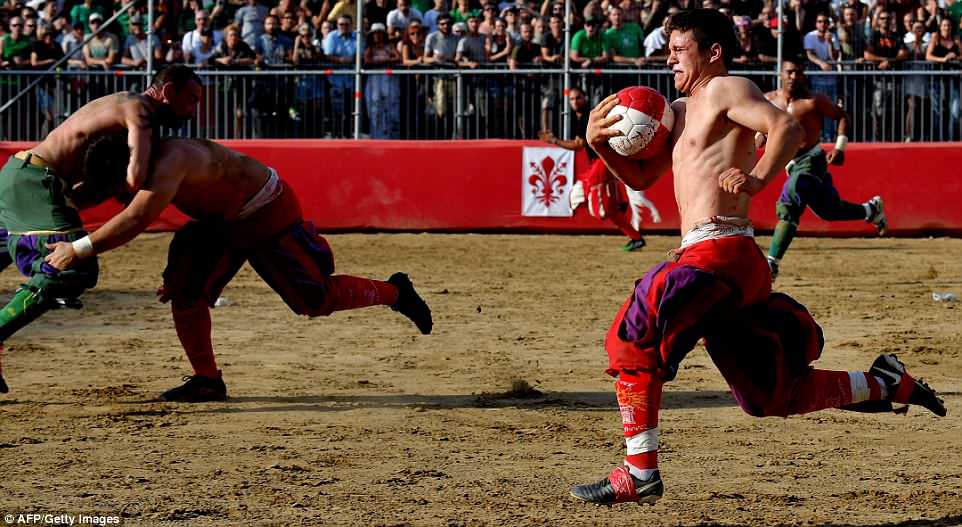 Almost there: As two competitors face each other head on and tried to tackle each other to the ground (left) a speedy sprinter saw his chance to strike (right) Eyes on the prize: One player with a ripped red shirt tries to break from the pack of brawling topless men during the contest Wrestling: Limbs became entangled during the competition in Italy as players fought each other for the coveted title 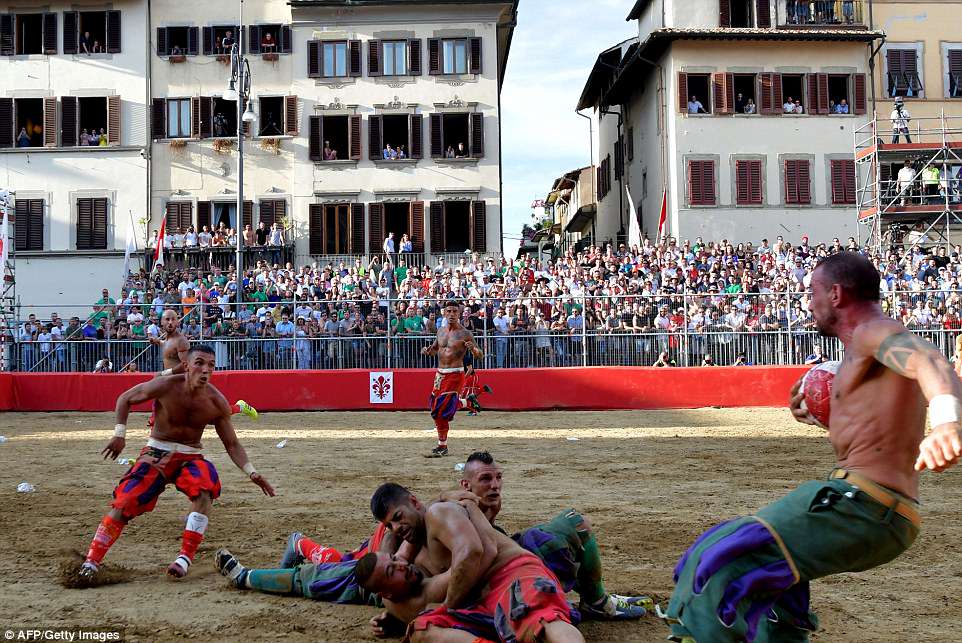 Brawl: Players grapple one another on the floor of the sandy arena as spectators watch intently from the stands Drenched in sweat and with blood trickling down his face, this footballer looked exhausted during the bloody battle for glory