Bogota: The number of Venezuelans fleeing into neighbouring Colombia continues to rise, with more than 50,000 arriving in less than a month. 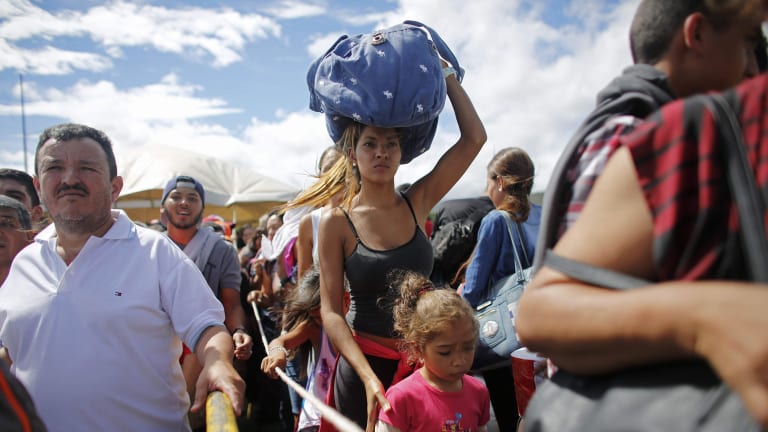 A Venezuelan woman carries a bundle on her head across the border into Colombia.

An additional several hundred thousand Venezuelans have Colombian origins and are now moving there, others are fleeing to Brazil and other South American countries. Most are running from an economic and political crisis that has besieged the country.

Kruger noted that in June officials estimated there were 819,000 Venezuelans in Colombia. Three weeks later that number had increased to 870,000.

Kruger said officials were working to legalize the status of nearly a half- million Venezuelans who work black-market jobs and struggle to access healthcare.