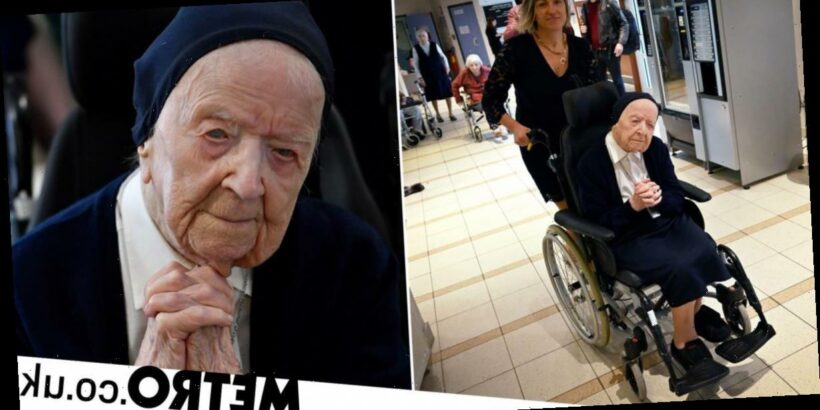 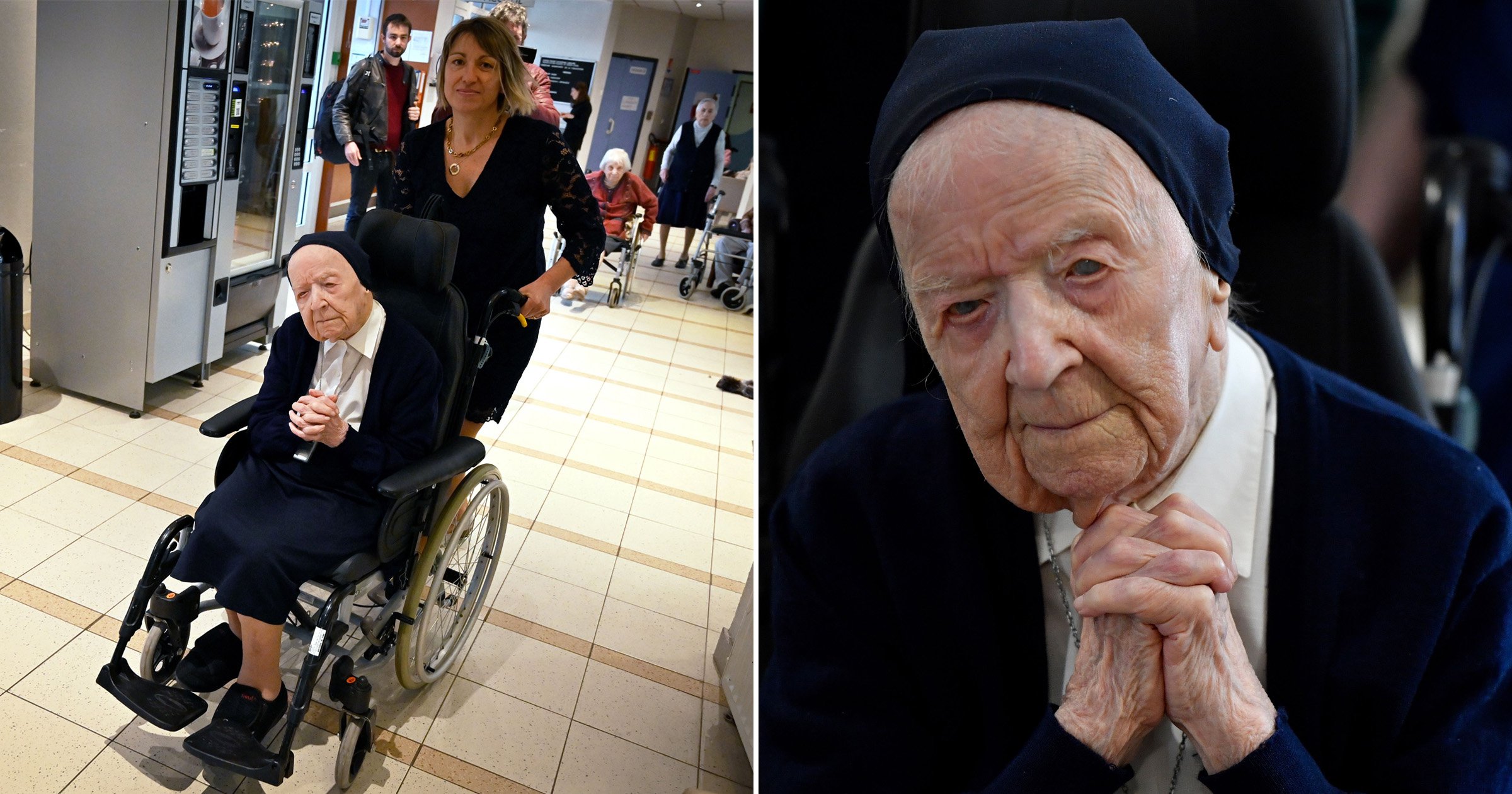 A 116-year-old nun, believed to be the second oldest person in the world, has beaten coronavirus.

But just three weeks later she is as fit as a fiddle and is set to celebrate her 117th birthday tomorrow.

The virus has claimed 12 lives at her nursing home in the city of Toulon, so staff were ‘really worried’ about what would happen to her.

But Sister Andre, who is considered to be Europe’s oldest person, told French newspaper Var-Matin: ‘I didn’t even realise I had it.’

The nun, who is also blind, said she did not even worry when she heard the news of her diagnosis and ended up being asymptomatic.

Communications manager for the Sainte Catherine Labouré home, David Tavella, said: ‘She didn’t ask me about her health, but about her habits.

‘For example, she wanted to know if meal or bedtime schedules would change.

‘She showed no fear of the disease. On the other hand, she was very concerned about the other residents.’

Sister Andre, originally from Ales, Gard, tested negative a few days ago and was among 81 of 88 residents at the home who caught Coivid-19.

The oldest verified living person in the world is 118-year-old Kane Tanaka, from Japan.