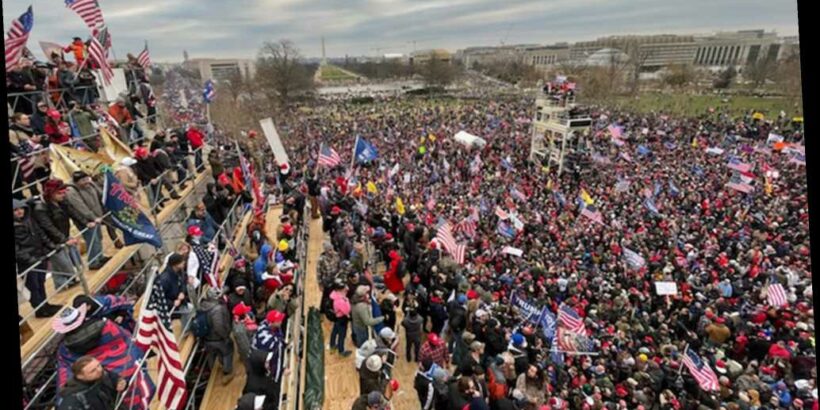 The left’s ‘urge to purge’ response to the Capitol assault

A Kentucky nurse who was fired after admitting she entered the U.S. Capitol during last week’s violent insurrection says she’d do it all over again.

“People have asked, ‘Are you sorry you’ve done that?’” Vinson said. “Absolutely I am not. I am not sorry for that, I would do it again tomorrow.”

After the unrest, Vinson said she was fired from her nursing job at Ascension St. Vincent in Evansville, Indiana, on Jan. 8.

Despite being unemployed, she said she has no regrets.

“I was there for a peaceful protest and that’s what I was doing,” she told the outlet. “I felt like I have done nothing wrong and I wouldn’t change it.”

The nurse added she felt like a tourist at the Capitol, claiming that police didn’t stop the crowd from entering the building.

“The doors were open, people were filing through, there were no signs that said, ‘Do not enter,’” she told WZTV. “There were no cops saying, ‘Don’t come in.’”

Vinson claimed the FBI contacted her but that she hasn’t been charged with any federal crimes yet.

More than 125 people have been arrested on charges of theft, unlawfully entering the Capitol and weapons possession in connection with the violent mob that stormed the building.

Five people were killed during the riot, including a Capitol police officer.