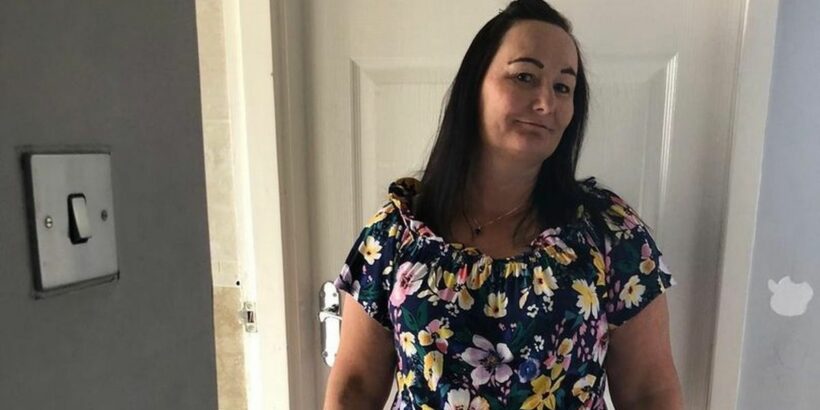 A nurse claims she was vomiting blood after a wedding anniversary meal at one of Gino D'Acampo's restaurants.

Amanda Hughes, 48, was visiting the Old Hall Street restaurant in Liverpool on April 23 with her husband Paul, 47, and their son Harry, 11.

Amanda, from Stockport, suffers with coeliac disease, hence why she ordered a pizza from the restaurant's gluten-free menu.

However, seeing as she was later rushed from her hotel to A&E, she believes she was given a normal pizza.

Amanda said she contacted the Old Hall Street restaurant after she'd recovered and was told an investigation would be carried out.

However, she claims she hasn't heard back since, reports the LiverpoolECHO.

She said: "[The waiter] sat with me and spoke to me about celiac disease, he understood everything about it. He told me about their processes and I felt really safe.

"Someone else brought my pizza to me, not my waiter, then I had my pudding.

"Afterwards we went for a little walk just down Old Hall Street. We got to the bottom and I said to my husband 'I don't feel very well'.

"I knew straight away because you get these feelings within your body – you just know when you've been glutened."

Amanda went back to her hotel where things went from bad to worse.

She said: "I just started with projectile vomiting.

"It carried on and on – this was about 7pm – and at around 11 o'clock I was vomiting blood and I asked my husband to call an ambulance for me."

Amanda was taken to A&E at the Royal Liverpool Hospital where she spent the night.

She said she was forced to take two weeks off work as she was suffering from severe stomach pains and fatigue – which she still hasn't fully recovered from.

Amanda continued: "I think they gave me a normal pizza but I can't prove that.

"[The doctors] did say from what I told them it was most probably a gluten reaction but they couldn't rule out food poisoning because my white blood cells were high.

"If it was someone with a peanut allergy they would have been dead. I've worked in intensive care for 17 years so I've seen this sort of thing – I've seen people with allergies.

"It's not something to take lightly, it's a serious issue. It ruined my night and I've been unwell ever since.

"I feel really let down and I will never go to any of Gino D'Acampo's restaurants."

After the LiverpoolECHO contacted the restaurant this week, Amanda said she received a phone call from them to say they would look into what happened and contact her with the outcome of their investigation on Friday (June 30).

The Daily Star has contacted Gino D'Acampo's restaurants for comment.