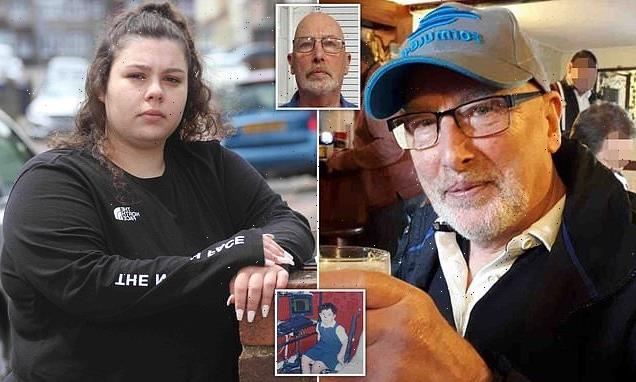 A brave nursery worker secretly recorded her paedophile grandfather admitting his shocking abuse of her in order to help get him jailed.

Twisted Tony Marshall, 76, from Suffolk, preyed on his granddaughter Yasemin Yapiciogullari from the age of seven.

He would sexually assault her at weekends, at Christmas parties and at family birthdays – all while ensuring he was out of view from the rest of her family.

His horrific campaign of abuse took place across an 11-year period, while Yasemin was between the ages of six and 17.

Yasemin, who has bravely waived her anonymity to tell her story, said his wicked abuse robbed her of a childhood.

But in November 2017, with the help of her new fiancee, Yasemin, now 23, concocted a plan to get a confession out of her grandfather.

And now, with the confession tape being used in evidence, she has now seen her abuser jailed for 13 years. 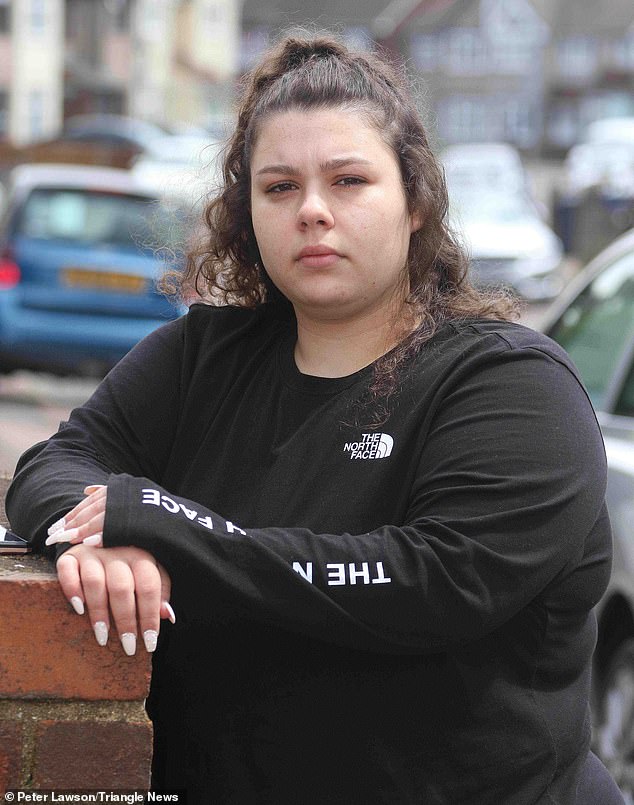 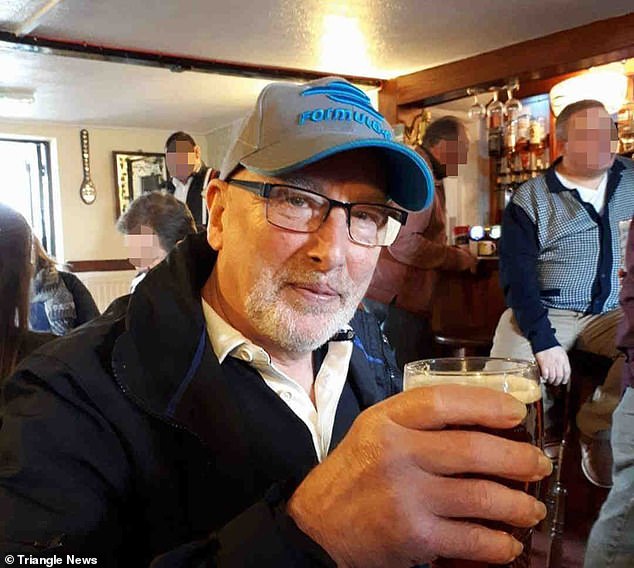 Twisted Tony Marshall (pictured), 76, from Suffolk, preyed on his granddaughter Yasemin Yapiciogullari from the age of seven

Yasemin executed her plan at her brother’s birthday. She asked Marshall to come with her upstairs to speak about Christmas presents.

She made small talk, and noticed her grandfather smirking in a similar way to how he would when he would abuse her.

But she kept her cool, and, with the camera on her phone secretly recording, she asked him directly: ‘Why did you touch me?’

Marshall tried to change the subject, diverting the conversation to his career in carpentry.

But iron-willed Yasemin refused to let him wriggle out, and repeated her question.

Eventually Marshall admitted his crimes, saying: ‘I thought you liked it.’ 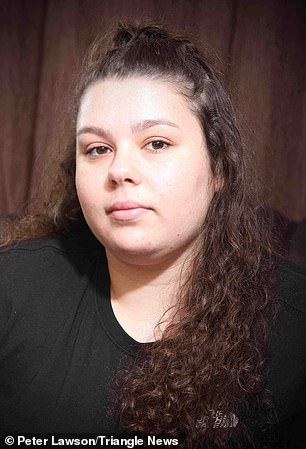 In November 2017, with the help of her new fiancee, Yasemin, now 23, concocted a plan to get a confession out of her grandfather.

‘It was so disgusting to hear him say that, she said. ‘How can you think that a child would like something like that?

‘I thought about how you robbed me of my childhood, left me depressed and anxious and that’s all you can say.

Yasemin then took her secret recording to the police and they arrested Marshall.

The video formed part of the detectives’ case against him.

Marshall denied most of the offences. However he was convicted of eight of the 11 historic sex abuse charges after trial.

He was also found guilty of indecent assault on a girl under 16, which related to a seperate victim.

Marshall, of Sudbury, Suffolk, was jailed for a total of 13 years and nine months at Snaresbrook Crown Court in April.

Yasemin was delighted with the judge’s firm sentence against her paedophile grandfather.

The 23-year-old said: ‘For the first time in years I felt like I was free. I felt relief knowing that he’s not coming back here.

‘I don’t have to still suffer all that abuse and worry about him doing that to anyone else. No doubt he is sitting behind bars suffering, and I’m sorry to say but I love it.

‘I love the fact he’s suffering, I want him to suffer the way that I did. The pain that not only I went through, but my whole family went through.

‘You were thinking of your own little sick fantasies, but you weren’t thinking about anyone else in this household. 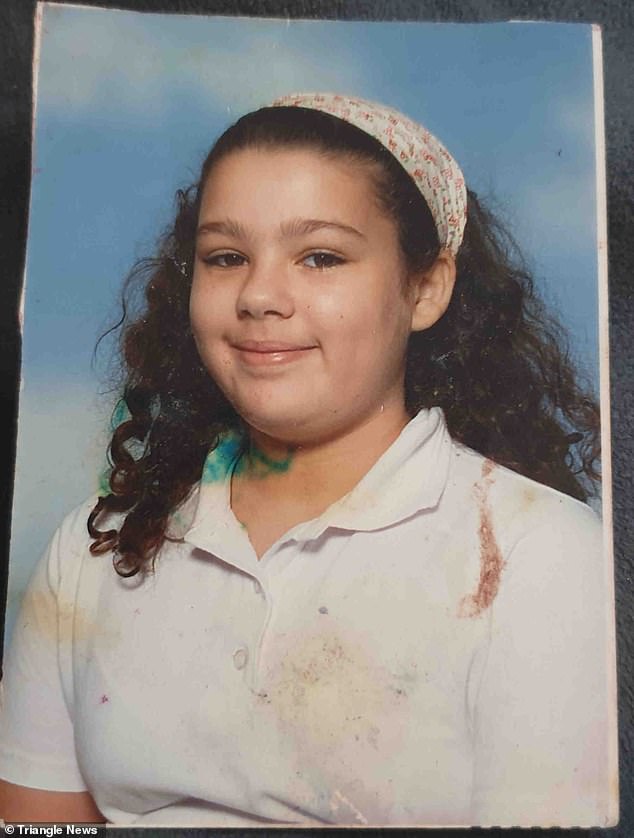 ‘You weren’t thinking about your three children that you have.’

Marshall carried out his reign of terror on Yasemin from 2005 until around 2016.

Every Sunday he would come over for family dinner, and invite her to go on the computer upstairs where he would carry out his abuse.

She would play on the Paint programme to try and take her mind off what was happening.

‘I thought this was something that happened to everyone,’ she said.

‘I didn’t think that was something that was wrong.’

When she was around six years old, Yasemin told her teacher at school that someone at home had done ‘naughty things’. 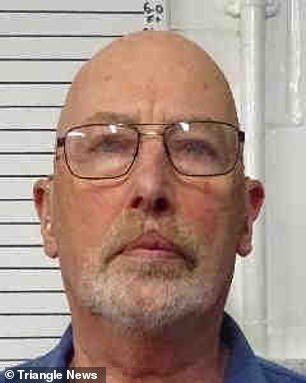 By this point Yasemin was too scared to tell anyone else about her wicked grandfather.

‘I had already told my teacher, and nothing had come of it,’ she said.

‘I was too scared to do anything. I knew that it was wrong, but it was the drill. I kind of put up with it, dealt with it.’

It wasn’t until 2017 that Yasemin told her fiancee who promised to help.

They spoke to an expert, who explained they had to record her twisted grandfather admitting his crimes.

That was when Yasemin turned detective and snared the paedophile.

‘I never thought he would get locked up,’ she said.

‘There were so many opportunities to catch this person out during my life, that I thought he’s invincible.’

Marshall’s reign of terror still has a huge impact on Yasemin’s life.

‘I do feel like it did rob me of my childhood. It’s completely ruined being normal.

‘A lot of people say you shouldn’t let it define you, but the damage is already done. I can’t just do normal things.’

Yasemin explained that she wanted to come forward – and waive her anonymity – to take back control from her abuser.

She always thought there must be more victims, and after police opened the case they discovered Marshall had also sexually abused another woman in Suffolk, in the late 1990s. 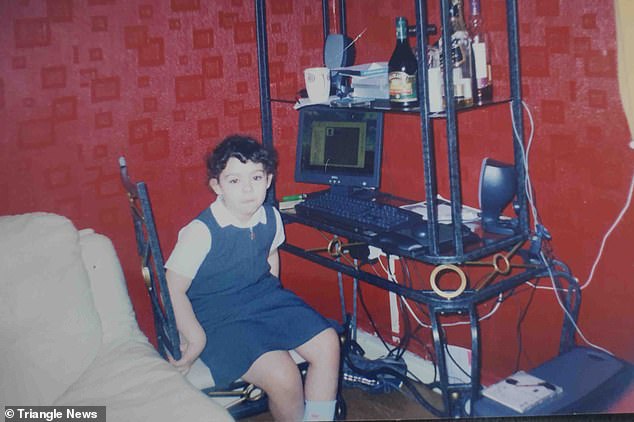 Every Sunday when Yasemin was young he would come over for family dinner, and invite her to go on the computer upstairs where he would carry out his abuse. Pictured: A young Yasemin at her computer

‘It was because I knew in my heart, without a doubt, there was someone else,’ Yasemin explained.

‘This other woman has also got her justice.

‘It’s such a horrible thing to have to happen to anyone, no one should ever endure something like this.

‘To know she has some sense of relief as well, makes me feel better about myself.

‘I hope if there is anyone else out there who has suffered, they can get their justice as well.’

The abuse Yasemin suffered inspired her to work in a nursery – so she could try and prevent it happening to anyone else.

She now puts her heart and soul into looking after and protecting young children.

‘I didn’t want another child to endure anything like what I went through,’ she said.

‘I’m not superwoman, I can’t stop every situation like that from happening.

‘I do not want them to grow up feeling like everyone failed them.’