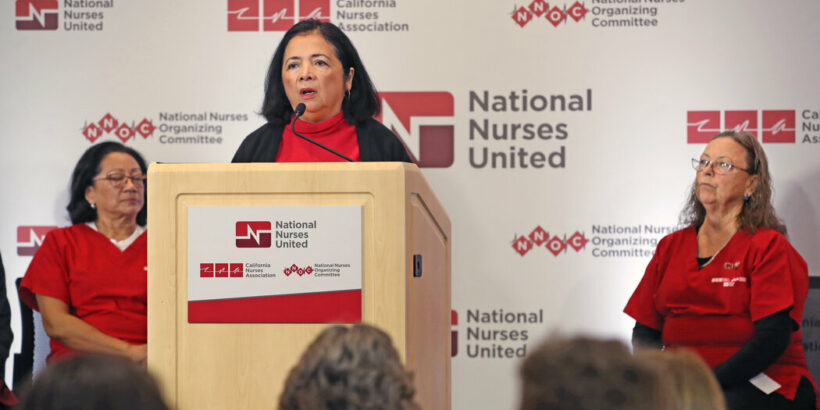 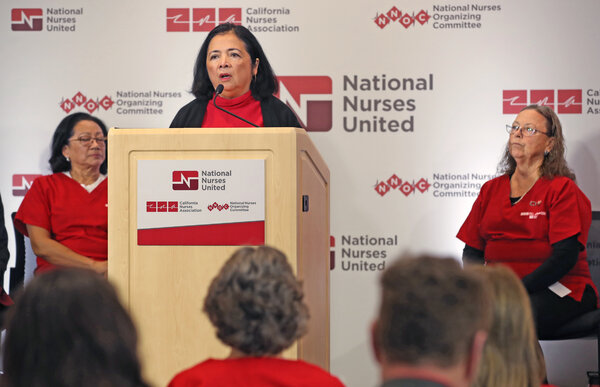 The nation’s largest union of registered nurses condemned the Centers for Disease Control and Prevention on Saturday for lifting mask recommendations for vaccinated people and called on the agency to “do the right thing” and revise its guidance.

Bonnie Castillo, a registered nurse and executive director of the union, National Nurses United, said the most recent guidance, which was issued on Thursday and rolled back mask recommendations and other precautions for those who are fully vaccinated, “is not based on science.” Ms. Castillo said the new guidance would jeopardize the health of frontline workers and the general public and would disproportionately harm people of color.

“This is a huge blow to our efforts at confronting this virus and the pandemic,” said Ms. Castillo, whose union represents 170,000 nurses nationwide. Although vaccination is vitally important to stopping the virus’s spread, she noted that millions of Americans still had not been vaccinated.

“The mask is another lifesaving layer of protection for workers,” she said.

The union also criticized the C.D.C. for other actions, including its decision to stop monitoring breakthrough infections among vaccinated individuals and to investigate such cases only if they result in a hospitalization or death. The agency announced that, as of May 1, it would no longer track or investigate all infections among vaccinated people so that it could “maximize the quality of the data collected on cases of greatest clinical and public health importance.”

The nurses said that meant the C.D.C. would not gather the data necessary to understand whether vaccines prevent mild and asymptomatic infections, how long vaccine protection lasts and what role variants play in breakthrough infections.

The union also called on the agency, which recently recognized that the virus could be transmitted through aerosolized particles, to update its guidance about ventilation and respiratory protection accordingly. The union also called on the Occupational Safety and Health Administration to immediately issue emergency temporary standards on infectious diseases to protect people in the workplace.

The C.D.C. did not immediately respond to the criticisms. Introducing the new recommendations on Thursday, Dr. Rochelle P. Walensky, the C.D.C. director, cited two recent scientific findings as significant factors: Few vaccinated people become infected with the virus, and transmission seems rarer still; and the vaccines appear to be effective against all known variants of the coronavirus.

The union noted that more than 35,000 new cases of coronavirus were being reported each day and that more than 600 people were dying each day. “Now is not the time to relax protective measures, and we are outraged that the C.D.C. has done just that while we are still in the midst of the deadliest pandemic in a century,” Ms. Castillo said. 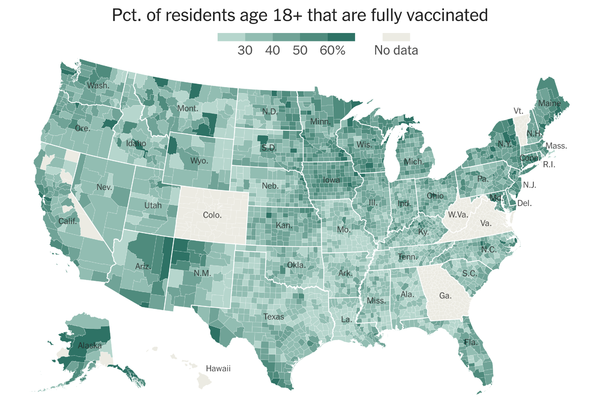 See How Vaccinations Are Going in Your County and State

See where doses have gone, and who is eligible for a shot in each state.