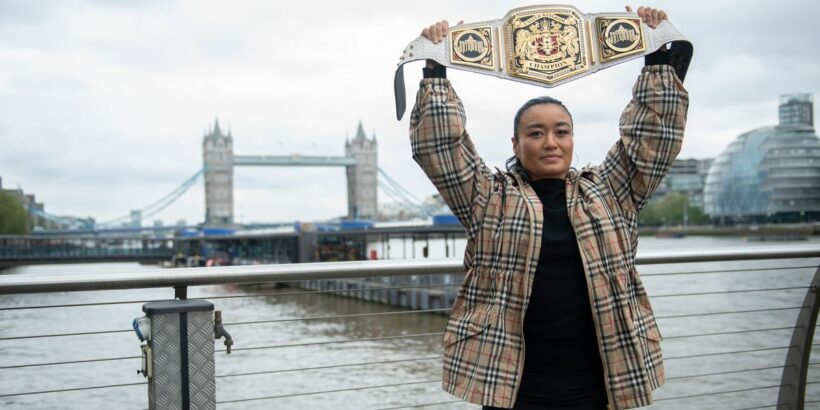 Satomura overcame the Scot in a thrilling bout in the main event of NXT UK’s weekly television show on Thursday night, June 10, in London.

The end-to-end affair was without doubt an early candidate for WWE’s Match of the Year, the two rivals exchanging killer blows aplenty, brawling inside the ring and out.

The punishing affair was the second standout meeting between the two after Satomura previously failed to take the title back in March.

Coming back for a second stab at it, there was to be no mistake this time around, as Satomura nailed Ray with Scorpio Rising to secure the massive win, ending Ray’s incredible reign after an astonishing 649 days.

The three count sparked emotional celebrations as streamers fell from the top of BT Sport Studios to crown the brand new champion, who described the achievement as “the highlight of my life.”

The match was also a hit for fans on social media, with one taking to Twitter to say “Kay Lee Ray and Meiko Satomura just had a match of the year contender on NXT UK.

Another added: “Great match. They left it all in the ring”

WWE supremo Paul ‘Triple H’ Levesque, the brains behind NXT and its NXT spinoff, also weighed in by tweeting: “An incredible title reign ended by one of the absolute best in the world.

“A new era for the ENTIRE NXT UK brand. #AndNew.”

She wasted no time in continuing the celebrations, either – hitting London highlights including Buckingham Palace to show off her new crown.

With the likes of Xia Brookside, Emilia McKenzie and Isla Dawn all on the NXT UK Women’s roster, Satomura won’t be short of challengers for her title.

After such a lengthy title reign and another incredible performance, meanwhile, many will be keen to see Kay Lee Ray get the chance to shine in the US on one of WWE’s other brands.

One fan added: “Just saw that Kay Lee Ray lost her title on NXT UK, what a run she had. I hope this means she joins NXT [in the US]… it would be great to see her wrestle there soon.

The 28-year-old had held the title since August 2019, having beaten Toni Storm in a Cardiff.

Fans in the UK without WWE Network can watch WWE NXT UK on BT Sport, each Friday night and on demand. For more details, visit wwe.com