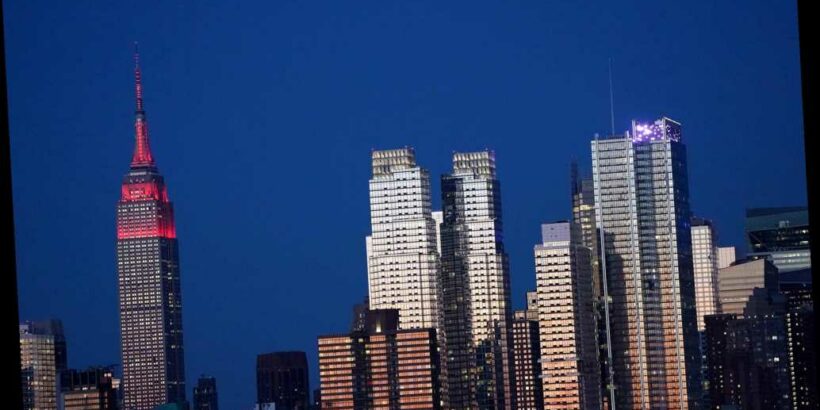 A massive number of residents have fled the New York-New Jersey metropolitan area amid the COVID-19 pandemic — more than any region in the country, a sobering moving company survey reveals.

The United Van Line’s annual moving survey for 2020 found that New Jersey led all states with 70 percent of people involved in moving fleeing the Garden State, while only 30 percent moved in.

New York state was tied for second worst with Illinois — with departures accounting for 67 percent of all moves between March and October.

Not far behind was neighboring Connecticut, where 63 percent of all moves were residents leaving the Nutmeg State.

But the exodus for the greater New York City metropolitan region was even worse.

In Nassau and Suffolk counties on Long Island, 81 percent of the moves through United Van Lines were outbound trips — up from 74 percent in 2019 — tied for tops in the country with Bergen-Passaic counties across the Hudson in Jersey.

New York City was tied with Newark, NJ, among the largest cities — with residents leaving accounting for 72 percent of all trips, while only 28 percent were arrivals.

That was the fourth highest among all localities in the country.

And that’s up from 2019, when 62 percent of the moving firm’s trips in the Big Apple were for residents leaving the state.

The metro-region’s counties and cities held the top five spots for residents fleeing.

Trenton was right behind Long Island and Bergen-Passaic counties — with those leaving the city accounting for 76 percent of all trips.

The United Van Lines survey backs up data from the US Postal Service and prior reports from moving companies showing New Yorkers heading for the exits, including from Manhattan’s Upper West Side, where residents complained of a declining quality of life.

New York lawmakers were alarmed by the exodus.

A worrisome problem for New York-New Jersey state and municipalities is that about half of the residents fleeing were high income earners who generate tax revenues. The United Van Lines survey revealed that 49 percent of departing Garden State families and 45 percent of New York State families had annual incomes of $150,000 or more.

The report found that Idaho led the country with the largest influx of residents — with arrivals accounting for 70 percent of trips, — followed by South Carolina (64%), Oregon (63%), South Dakota (62%) and Arizona (62%).

The coronavirus pandemic played an outsized role in the exodus from the metro region, population experts and the moving company said.

“United Van Lines’ data makes it clear that migration to western and southern states, a prevalent pattern for the past several years, persisted in 2020,” said Michael Stoll, economist and professor at University of California, Los Angeles.

“However,” he added, “we’re seeing that the COVID-19 pandemic has without a doubt accelerated broader moving trends, including retirement driving top inbound regions as the Baby Boomer generation continues to reach that next phase of life.”

“As more people experience job and lifestyle changes amid the pandemic like remote working, we’re seeing they have more flexibility in where they can live – many choosing to move from urban to more rural areas,” she said.

But US census and city data also reveal that the Big Apple’s population began plummeting before the pandemic hit the region last year.