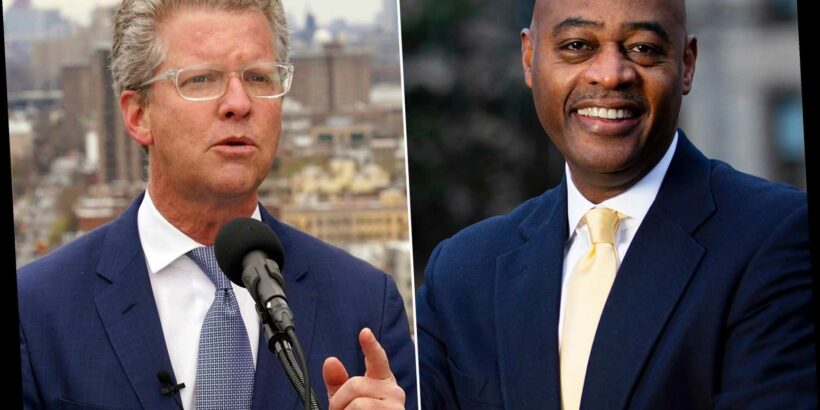 New York City’s mayoral longshots are dropping hundreds of thousands of dollars on television and radio ads in an effort to build name recognition and revive their struggling campaigns.

Between January and March of this year, the campaign of banker Ray McGuire has pumped $786,552 into radio and television spots, according to internal buying data obtained by The Post. The same data showed former Obama Housing and Urban Development Secretary Shaun Donovan spent $355,372 on his commercials.

Meanwhile, the leaders of the race — Andrew Yang, Eric Adams, Scott Stringer and Maya Wiley — haven’t made any moves into television and radio.

Polling from PIX-TV/NewsNation/Emerson College last week showed Donovan and McGuire hanging on by a thread, netting 4% and 3% support respectively. The window is closing for lower-tier candidates to break through before the June 22 Democratic primary. Loree Sutton, a former city commissioner of veterans affairs dropped out Wednesday after the same poll showed her at zero. Seventeen percent of those polled remain undecided.

“Traditionally you want to hold most of your media money — TV, radio, social and whatever — until closer to the election,” Christine Quinn, former city council speaker who ran in the 2013 Democratic mayoral primary, told The Post. “But if you are a relatively unknown candidate that theory doesn’t hold and often you’ll spend money early to pump up your name recognition.”

“They both expected to be rising high and they’re both in the tank. Both of them think they’re masters of the universe, but the polling shows they’re the only ones who think that,” the source said.

Mayoral campaigns which accept taxpayer-financed matching funds are limited in what they can spend. In the 2021 mayoral election primary, it’s $7,286,000. Donovan officially qualified for matching funds this week. McGuire is eschewing public matches.

In their most recent round of fundraising, McGuire and Donovan took in $2.5 million and $620,000 respectively. Brooklyn Borough President Eric Adams raised $750,000.