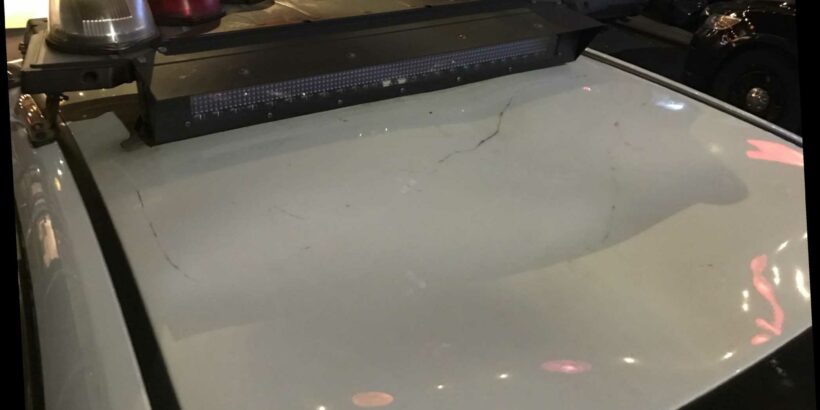 The department posted video and pictures of a restaurant confirmed to be on Thompson Street in Greenwich Village.

The report cited six broken plexiglass windows during the incident at 9:40 p.m. local time on Thursday.

FLORIDA TROOPERS HELP DELIVER BABY ON SIDE OF ROAD DURING TRAFFIC STOP: REPORT

The picture of the police car shows a crack and some marks on the roof of the vehicle. 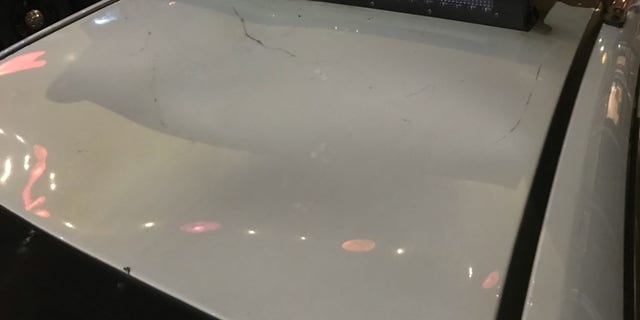 Police confirmed to Fox News that the incident occurred outside 113 Thompson Street, which is the location of Omen Azen, a Japanese restaurant.

The police said that there were no arrests at this time and the investigation is ongoing, but no one was reported injured.

Police did not clarify what demonstrators were in the area, but social media posts from Thursday night indicate it might have been about “NYC’s Black and Brown communities.”

Replies below the initial tweet include the NYPD report, asking why the demonstrators were not showing the “aftermath of the ‘protest’?”