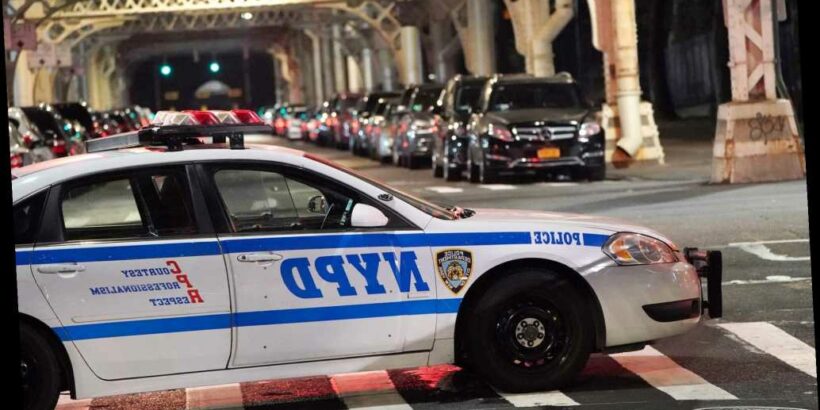 Man accused of brutally beating Asian woman, as bystanders did nothing, held without bail

Some New York kids returning to in-person high school this month appear to have packed a little more than their lunch, according to a top NYPD official.

Deputy Chief Olufunmilola Obe warned in a memo Tuesday that the NYPD has seen a surge in dangerous weapons recoveries at Department of Education buildings –accompanying the reopening of city high schools last week.

“The undersigned has observed an increase in the amount of weapons and dangerous instruments recovered on school grounds,” she wrote.

“The increase coincides with the commencement of in-person learning at NYC public high schools on Monday March 22 2021.”

According to the memo, 25 unspecified weapons were recovered over the course of five days.

Obe wrote that seven of the 25 weapons were discovered through school metal detectors while another 12 were found at the “perimeter” of DOE buildings.

Another 6 weapons were taken directly off of students, she wrote.

School Safety Agent union boss Greg Floyd, who wants to block the transfer of school-safety duties from the NYPD to the DOE, said the news should alarm city families.

“The group pushing for the NYPD to be taken out should take note of the job being done here to recover these weapons,” he said Wednesday. “I want to let parents know — you take the agents out of the schools and there will be no one to stop them from coming in.”

Floyd also noted that only a fraction of city students are actually attending any classes in their buildings this year — and that weapons incidents will further hike as the system opens up.

Floyd has been locked in a deepening feud with Public Advocate Jumaane Williams over school-safety responsibilities.

Williams and progressive groups have pushed to give the DOE control over school security, with some factions calling for the outright removal of all roughly 5,000 school safety agents.

Those voices argue that the agents create a criminalized atmosphere in city schools and that more funds should be budgeted for social workers and guidance counselors.

Their affiliation with the NYPD, they assert, makes them an inappropriate presence in an educational setting.

Floyd has countered that the unarmed agents, who are 90 percent African-American and Hispanic and 70 percent women, help maintain safety in city schools.