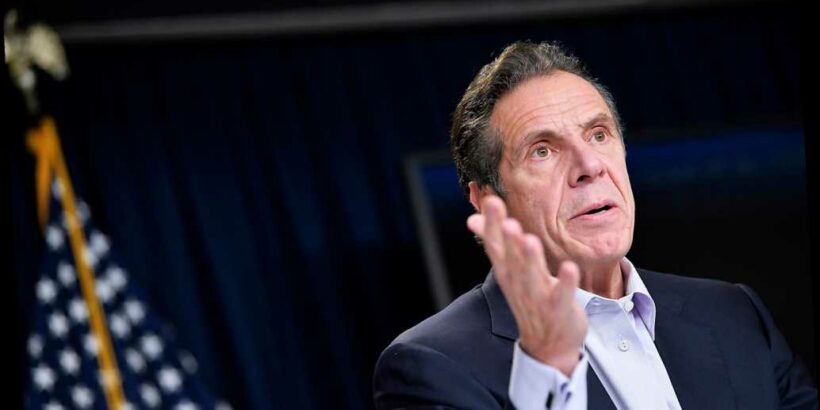 ‘You’re a monster’: NY pols speak out against Cuomo as second accuser emerges

An anti-sexual-harassment group made up of former state legislative staffers called on Gov. Cuomo to resign Saturday in the wake of sexual harassment allegations against him.

“ENOUGH. New York State has now lost the talents and ambition of yet another woman, whose safety and integrity were eliminated to serve a powerful man’s desires. Andrew Cuomo must resign now,” the Sexual Harassment Working Group said in a statement, after ex-Cuomo aide, Charlotte Bennett, accused the governor of behaving inappropriately toward her last year.

Bennett, 25, told The New York Times that Cuomo, 63, complained to her about being “lonely” and not being able to hug anyone during the pandemic, before pressing her on who she last hugged.

When she revealed her own history of sexual assault to Cuomo, Bennett claimed his reaction “was something out of a horror movie,” the paper reported.

Cuomo allegedly kept repeating to Bennett, “‘You were raped and abused and attacked and assaulted and betrayed,’ over and over again while looking me directly in the eyes … It was like he was testing me,” she told a friend in a text message which was viewed by The Times.

Earlier this week, the Sexual Harassment Working Group had called for in investigation of the governor after another former staffer, Lindsey Boylan, accused him of trying to kiss her on the mouth and suggesting a game of “strip poker.”

“There must be an immediate independent investigation into Governor Cuomo’s workplace behavior, conducted by an entity over which Cuomo does not have any appointment or supervisory powers,” the group tweeted hours after Boylan came forward.

In the Saturday statement, the group — which was formed by seven former Albany staffers who said they were harassed by ex-Assembly Members Vito Lopez and Micah Kellner, among others — offered words of encouragement to Bennett.

“To Charlotte: we send you our strength, support, and shared rage for the abuse you endured,” the group wrote. “You have done an incredibly hard thing, becoming another important link in a powerful chain to creating a harassment free Albany. This is not something anyone asks for, but we are proud of you.”