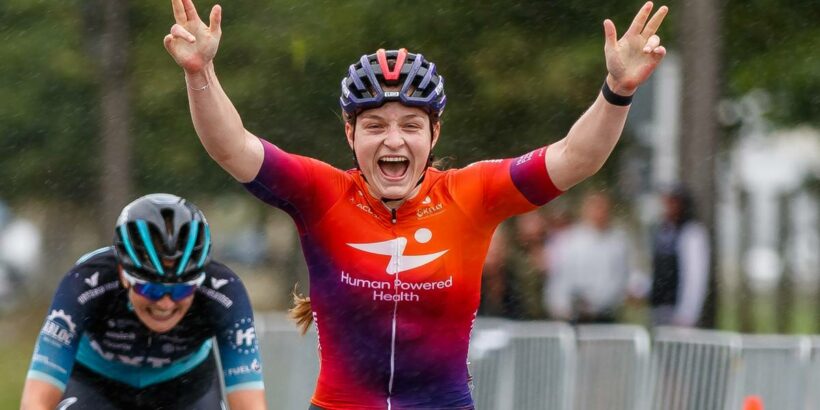 The 23-year-old won ​​New Zealand’s national road championship on February 13, a month after she was in a US court testifying in support of her boyfriend in a hearing that revealed confronting details.

Cycling NZ acting chief executive Monica Robbers said they have reached out to Ray to offer support after being informed by Drug Free Sport NZ that Usada was investigating her.

“We have reached out to Olivia and her family to offer support,” Robbers said.

“While Olivia is not one of our High Performance athletes, she is part of our wider cycling community and we recognise this will be a difficult time for her.”

Ray told the Herald she would not be commenting when asked about the investigation and her team.

On January 11, Ray testified as a witness in support of her US boyfriend Jackson Huntley Nash who tried to get a protection order against his ex-girlfriend Madeline Pearce.

The Herald has access to the transcript of that hearing in the Superior Court of Gwinnett County in the US state of Georgia.

Ray, Nash and Pearce are all professional and semi-professional cyclists on the US road race circuit, and Ray and Pearce had been friends up until a month ago.

Nash’s protective order application against Pearce, who he stopped dating in 2018 and he claimed had been stalking him since, was dismissed by the Judge Regina Matthews for a “complete lack of evidence”.

But as part of the hearing, photos that allegedly showed banned substances at Nash’s house in Atlanta at which Ray also lived were presented.

The photos were allegedly taken by Pearce on December 15, 2021, who said that she had gone round to Nash’s house to help Ray move her things out and leave permanently over fears for her safety.

Pearce alleged when Ray let her into the house on December 15, Ray showed her a drawer of Nash’s which contained “an assortment of substances” including testosterone, clenbuterol and estrogen inhibitors.

In the days that followed the December 15 police report, Pearce and Ray also individually filed reports to the Safe Sport athlete advocacy centre against Nash.

In her report, Ray claimed Nash had strangled her, held her to the ground and left her with bruises on her legs and hip.

However, during the January 11 court hearing Ray said that she “loved him [Nash] dearly and would love to spend the rest of my life with him”.

Ray claimed that both what was said to the domestic violence hotline and the police report she filed against Nash were false.

Ray said since then she has seen a psychologist about being “manipulated by a lot of people” and being “really unable to make my own decisions”.

In dismissing Nash’s application for a protective order against his ex Pearce, Judge Matthews described Ray’s testimony as “troublesome”.

“I don’t find her testimony to be credible with respect to allegations of violence. I don’t believe that she made that up,” Matthews said.

“She’s obviously filed a police report and took the necessary steps to protect her safety. For whatever reason, recanted that at a later time.”

Ray moved to the US in 2017 at age 19 to study and race on a scholarship from Savannah College in Georgia where she won 14 US collegiate titles.

She signed with pro team ​​Rally Cycling, which changed its name to Human Powered Health, and raced for them throughout 2021, which included a US$15,000 win at the Lion’s Den Crit event in October.

The 23-year-old Aucklander’s win in the New Zealand national road championships in Cambridge on February 13 was conducted amid wild weather created by ​​Cyclone Dovi.

The win was lauded on the Human Powered Health team website as “rocketing Ray into an extremely exclusive club of cyclists that have won both their national road and criterium titles”.

Drug Free Sport New Zealand chief executive Nick Paterson told the Herald they could not reveal whether they had tested Ray at the February 13 championship.

“I can’t talk to specific tests or athletes, but we almost always test at the NZ Champs,” Paterson said.

“However we do try and be unpredictable, so while podium places will often be tested, that may not occur every time.”

Usada – and Ray’s former pro team, Human Powered Health – have not responded to the Herald’s request for comment.

How to get help

If you’re in danger now:

• Phone the police on 111 or ask neighbours or friends to ring for you.
• Run outside and head for where there are other people. Scream for help so your neighbours can hear you.
• Take the children with you. Don’t stop to get anything else.
• If you are being abused, remember it’s not your fault. Violence is never okay.

Where to go for help or more information:

How to hide your visit:

If you are reading this information on the Herald website and you’re worried that someone using the same computer will find out what you’ve been looking at, you can follow the steps at the link here to hide your visit. Each of the websites above also has a section that outlines this process.