A bullet hit the water near a 14-year-old surfer at a surf break on New Zealand's west coast which some surfers say is by invitation only.

Police believe whoever fired three shots from the coast south of Kawhia took exception to three surfers "using their waters". 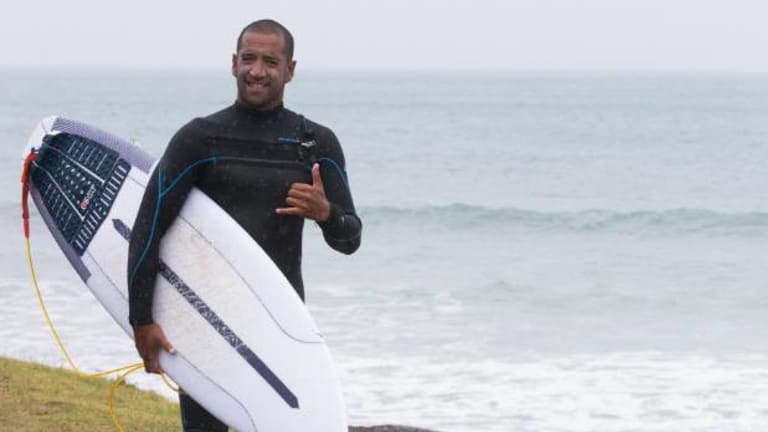 Professional surfer Daniel Kereopa says Albatross Point is generally surfed by invitation only, accessed by getting a landowner’s permission to reach the beach or travel by water.

And this isn't the first time there's almost been blood on the waters after a previous incident where a fisherman was allegedly shot at while out angling the same area.

Police are now investigating the incident that took place off the Taharoa coast, near the entrance to Kawhia Harbour, last Thursday.

The surfers, who travelled by jet skis out to the typically isolated spot south of Albatross Point, told police a shot hit the water 3 to 4 metres from where the 14-year-old was surfing.

He was the son of one of the two men. 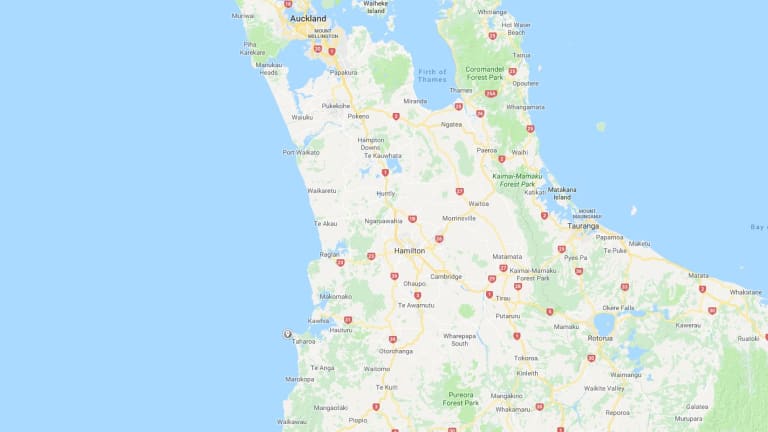 The secluded surf spot is just off the Taharoa coast.

"It is extremely dangerous and if you put yourself in the 14-year-old boy's shoes, extremely frightening."

The Te Awamutu-based man and his surfing buddy of 25 years had visited the point before, attracted by its seclusion.

After jet-skiing out to the break, the two men and the teen were surfing at mid-morning on August 16 when the shots rang out.

At first they thought someone had fired at a goat or pig in the coastal bush.

"The second one sounded a lot closer and the third one landed in the water adjacent to where they were," Connors said.

"You'd be fearing the worst and petrified what's going to happen in the next few minutes."

Then the surfers spotted two people on the bank, who began screaming abuse at them.

Terrified, the trio returned immediately to the Kawhia boat ramp, where they alerted police.

They couldn't really describe the abusive pair, except they were pretty sure both were male.

"Locals maybe able to assist us in identifying who was in that area hunting at the time," Connors said.

Kawhia police Constable John Maoate believes locals have taken exception to "strangers" using "their" water, he said in a post on the Waikato police page.

Internationally competitive surfer and Raglan local Daniel Kereopa is familiar with the break, having been invited to surf it by relatives who live in the Taharoa area.

"Ever since I have known the place and the people that have cared for it, it's generally been by invitation."

The only access is by getting a landowner's permission to reach the beach or travel by water, he said.

"It's one of those places that is still New Zealand – not affected by tourists, not promoted. People live there because they are born for that land and, unfortunately, it's brought some attention by what's happened down there."

It wasn't his place to say who should or shouldn't be surfing there, he said.

"We all have rights to areas of our coastline – there are people who really care for their land and keep it as is."

Unlike Raglan, which Kereopa said was now overcrowded, Taharoa's coast is untouched.

"It's one place that is so unique, you don't have to hassle anyone for the waves."

Despite not knowing whether the shots were intentionally fired, Kereopa said it must have been terrifying for the three.

"So damn scary. I have lots of remorse and aroha for them. No-one wants to have a 14-year-old kid be traumatised by this.

"If people ask you to surf down there, and they're from there, then that's the way it is. If you don't get asked, you shouldn't think you deserve to go down there."

Earlier this year, an itinerant surfer was left with a puncture wound to his side after a clash in the waves at Manu Bay.

Since then, surfers had enacted an unwritten surf code, Kereopa said.

"Some places should be kept secret and isolated."