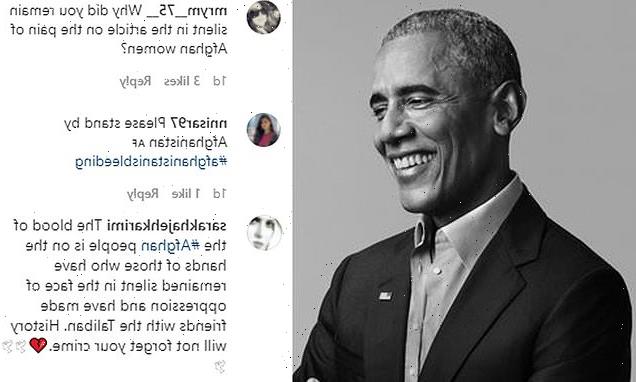 Former President Barack Obama briefly suspended comments on his Instagram page on Monday after it was overwhelmed with followers demanding he do something to help the Afghan people following the Taliban’s sudden takeover of their country.

Visitors to Barack Obama’s Instagram together with his wife Michelle’s page for about two hours were greeted with the message: ‘Comments on this post have been limited’.

Obama has not yet issued a public statement about the deteriorating situation in Afghanistan. 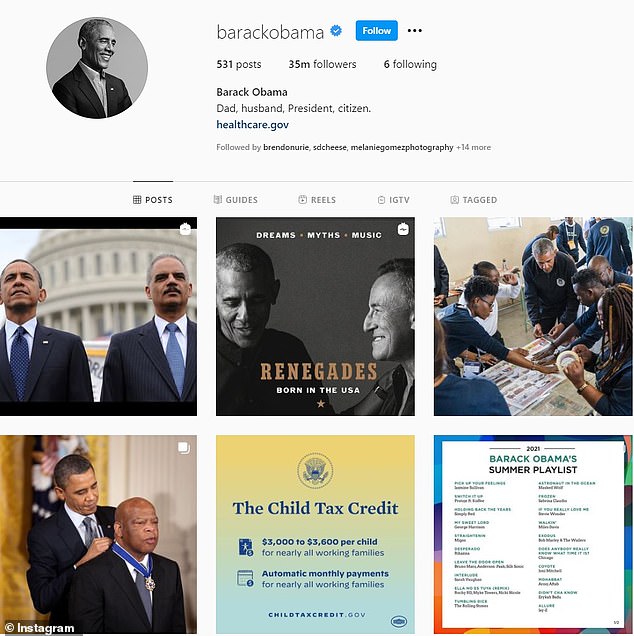 His most recent social media clip was concerning voting boundaries in various constituencies.

‘The blood of the #Afghan people is on the hands of those who have remained silent in the face of oppression and have made friends with the Taliban,’ wrote another. ‘History will not forget your crime.’

‘What did we accomplish in Afghanistan if we turn tail and run now?’ asked another. ‘They need us! That is not the American way! We do not surrender and run! We stay and fight and until the issues are resolved which is true independence!’

Those posting comments added hashtags #help_afghanistan and #afghanistanisbleeding, among others, but they were soon cut off.

A spokesperson for the Obamas told Fox News there was ‘no intentionality on our side’, nor was any explanation provided as to why it happened.

The spokesperson added the former president had ‘no further comment’ on Afghanistan and noted his remarks in April praising Biden ‘bold leadership’ in his decision to withdraw.

‘It has been a long and arduous struggle in Afghanistan, rooted in our response to the deadliest terrorist attack on the U.S. homeland in our history,’ Obama said, adding that troops and diplomatic workers ‘can take pride in their efforts to deliver justice for 9/11, destroy al Qaeda’s safe-haven, train Afghan Security Forces, and support the people of Afghanistan.’ 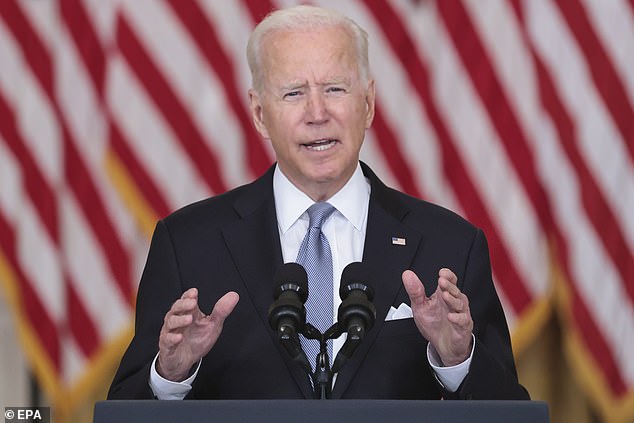 In an address on Monday, President Biden said he stands by his decision to pull out American troops and cast blame on the Afghan government for failing to defend the country

In an address on Monday, President Biden said he stands by his decision to pull out American troops and cast blame on the Afghan government for failing to defend the country.

The Taliban’s siege leaves Afghan women and girls in a vulnerable position with the possibility of losing hard-won rights to education, employment and everyday freedoms.

The Biden administration has faced sharp criticism over its response to the rapid collapse and the US’s chaotic evacuation effort.

President Biden criticized Afghan President Ashraf Ghani during his address to the nation on Monday, stating  Ghani was ‘wrong’ in his assessment of Afghan forces’ ability to fight the Taliban.

‘When I hosted the president Ghani and chairman of Abdullah at the White House in June, and again when I spoke by phone to Ghani in July, we had very frank conversations. We talked about how Afghanistan should prepare to fight their civil wars after the U.S. military departed, to clean up the corruption in government so the government could function for the Afghan people. We talked extensively about the need for Afghan leaders to unite politically. They failed to do any of that,’ Biden said.

‘I also urged them to engage in diplomacy, to seek a political settlement with the Taliban. This advice was flatly refused. Mr. Ghani insisted that the Afghan forces would fight. But obviously he was wrong,’ Biden added.