Jason Moyce, also known as Trapman Bermagui, pulled a huge severed head of a mako shark out of the water off the coast of New South Wales on Thursday. He posted an image of the shark’s remains online, describing the morning’s catch as “crazy”. The find has caused speculation over what could have killed the predator, with his followers suggesting more than one culprit could be blame.

Mr Moyce, who is based in Bermagui, a coastal town 240 miles south of Sydney, wrote: “So this was all we got back of this monster mako.

“Unfortunately we didn’t see what attest but must of been impressive!”

He added on Instagram: “Always something bigger in the ocean.”

He claimed the head of the massive shark weighted around 100kg on its own.

Mako sharks can grow to be around 12ft long and are the fastest species of shark, reaching speeds of up to 46mph. 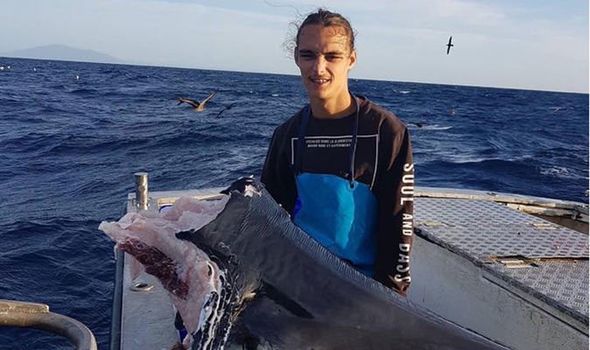 The angler’s Facebook users quickly began to speculate over what could have inflicted such damage.

Some people suggested it could have been the work of an Orca, or killer whale.

This toothed whale is the largest member of the oceanic dolphin family and typically weight between four and six tonnes.

But other users believed another specie of shark was responsible, such as a tiger shark or great white. 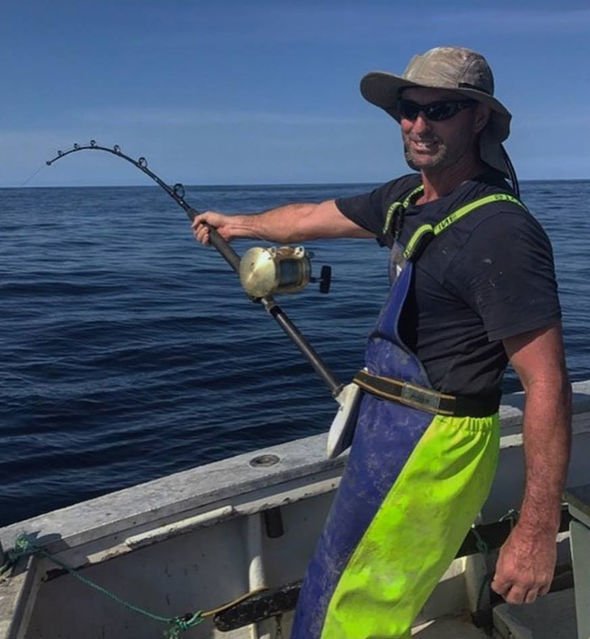 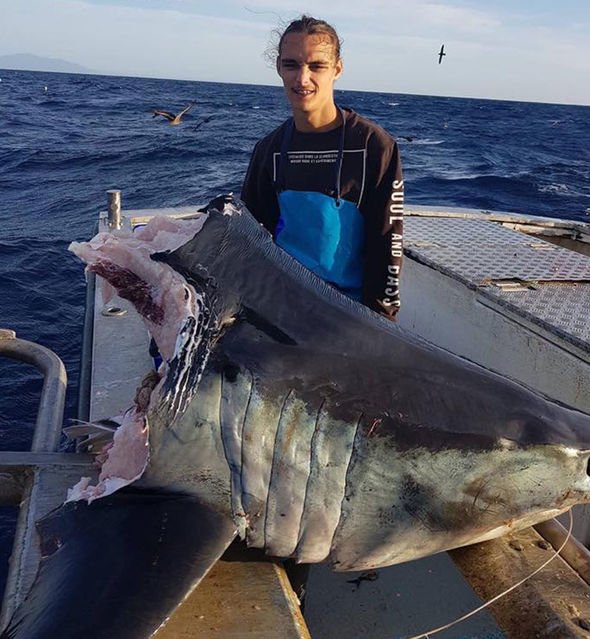 One Facebook user wrote: “Great White more than one as well, you can see the smaller or conveyor teeth outside major bite marks, not Orcas they tend to eat just the liver of large sharks and let the rest drop to the ocean floor.”

Mr Moyce agrees and believes the Mako was the victim of bigger sharks.

Another user suggested it could have been a tiger shark, as he had seen one kill a 12ft shark with one bite.

When he cut into a section of the captured head, Mr Moyce said he found a marlin bill embedded in the head.

He said the long spike had likely been there for years, but shark’s “amazing healing powers” had caused the wound to close around it.