Just one call to 118 directory inquiries can set you back £20! Ofcom will crack down on rip-off directory enquiry services after finding costs have spiralled out of control since the old BT 192 number

Watchdogs are to crack down on rip-off 118 directory enquiry services after finding a single call can cost a punishing £20.

Telecoms regulator Ofcom is concerned prices have spiralled since the old BT 192 service was opened up to competition 15 years ago.

New estimates suggest as many as 450,000 people a year are being hit by so-called ‘bill shock’, with unexpected costs running to £2.4million a year. The opening up of directory enquiries to new providers was supposed to boost competition and cut prices – but bills have soared instead. 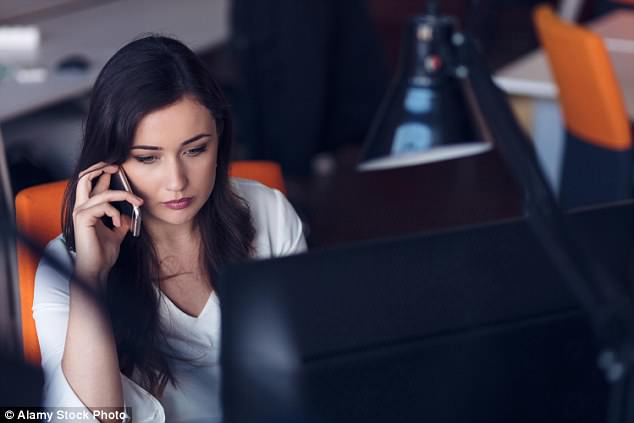 Ofcom is considering putting a cap of £3.10 on 90-second calls to crack down on rip-off calls 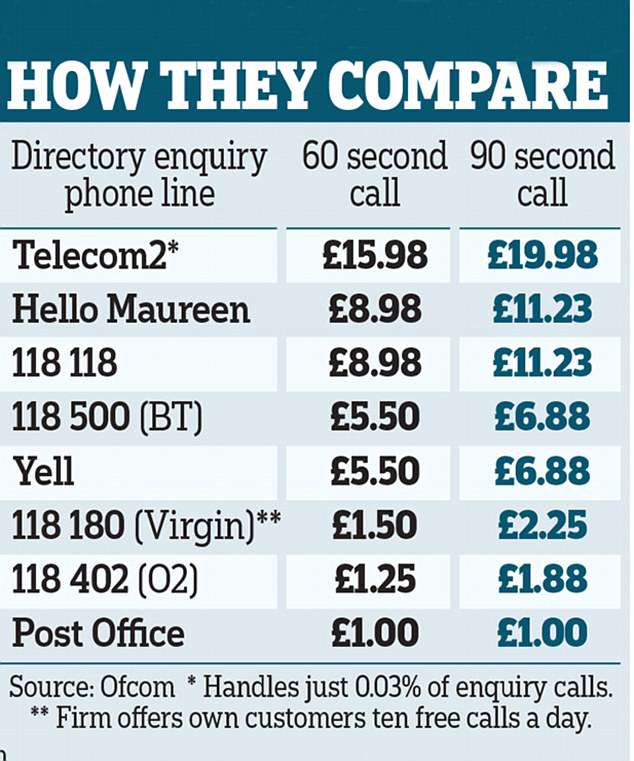 Alex Neill of consumer group Which? said: ‘A lack of clarity around how much it costs to use a premium rate phone number means people can find themselves being hit in the pocket when the next phone bill arrives.’

Ofcom published a consultation document on its proposals yesterday, which said: ‘A one-minute call to 118 118 now costs £8.98.’ It said it knew of eight providers charging £15.98 for the first minute of a call, and £7.99 for each subsequent minute.

Ofcom said: ‘While the number of directory enquiry (DQ) calls are falling, consumers use DQ services when they have few alternatives and when finding the number is important to them. Consumers also call the number they can remember, rather than shopping around for the cheapest deal.’

It said the although DQs were once heavily advertised – particularly with the 118 118 twins, it has recently tailed off.

‘This has resulted in poor price transparency and consumers paying much more than they expect,’ it said.

Ofcom, which has carried out consumer surveys on the issue, said many DQ users experience bill shock.

It added: ‘Our consumer survey showed that just under 40 per cent of DQ users experienced unexpectedly high bills in relation to at least one DQ call in the previous 12 months.

‘This equates to about 450,000 adults in the UK paying, we estimate, around £2.4million in excess of expectations.’