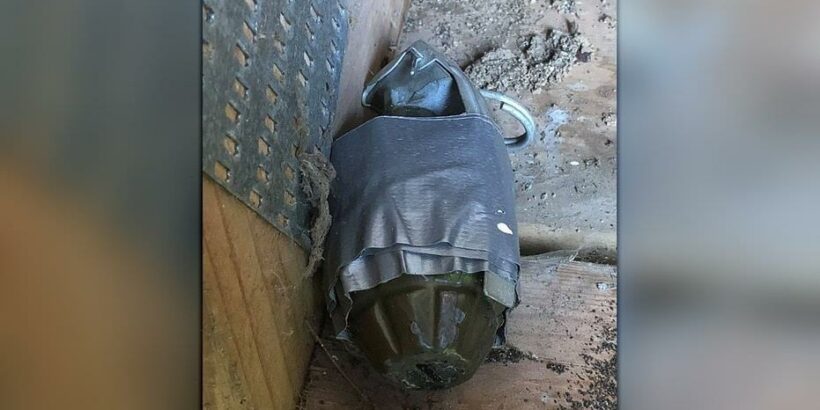 It was an explosive find.

Ohio deputies responded to a private home for reports of a live grenade Tuesday night.

“Duct tape does not fix everything,” the Darke County Sheriff’s Office wrote in a Facebook post that included an image of the grenade with its spoon taped down.

“We ask the public if an explosive device is located, please call the Sheriff’s Office immediately,” authorities said in a statement. “Always remember any explosive device can become unstable even by picking it up.” 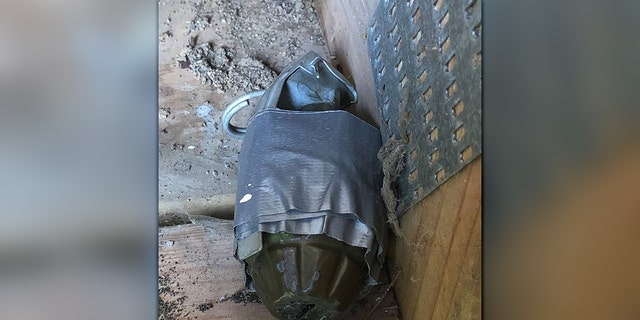 It’s not the first time a grenade surfaced in the community, which is near the Wright-Patterson Air Force Base. A man cleaning out his dead uncle’s home found one there in 2016, according to the Dayton Daily News.

And base authorities helped dispose of an unexploded mortar shell found nearby in 2018, Air Force Explosive Ordnance Disposal ﻿(EOD) noted at the time.

The new discovery comes two weeks after a utility crew in Arkansas found another grenade buried in a residential neighborhood in Conway.

“Conway Police, FBI, and US Air Force EOD responded to the area as well, and the device was safely removed,” the Conway Fire Department said at the time.

Overseas, three children were killed and two more wounded earlier this month when they were playing with a grenade in Pakistan and it exploded between them. Police were investigating how it was left in the open in a residential area, but terror and insurgent groups are known to operate in the area.

Last month, a Utah woman made a similar discovery while cleaning out the home of a deceased family member, although responding authorities determined that one was an inert training prop, FOX 13 Salt Lake City reported at the time.