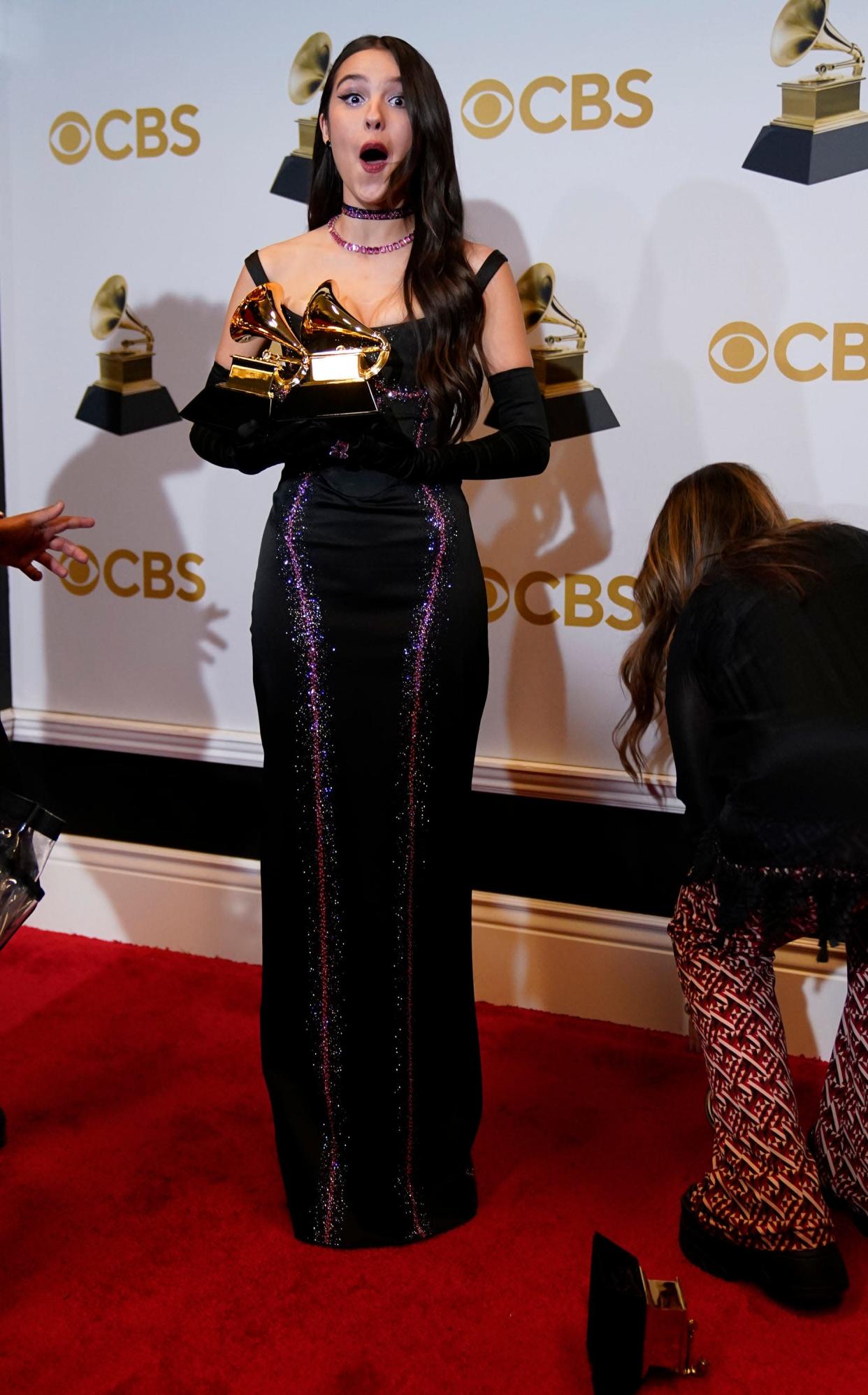 It was a big night for Olivia Rodrigo at the 64th Grammy Awards on Sunday, but it was far from perfect for the "Drivers License" singer backstage.

After collecting all three, she went backstage to take photos and talk with reporters, when on of the trophies slipped and fell to the floor, breaking in half. The first-time Grammy winner looked stunned. 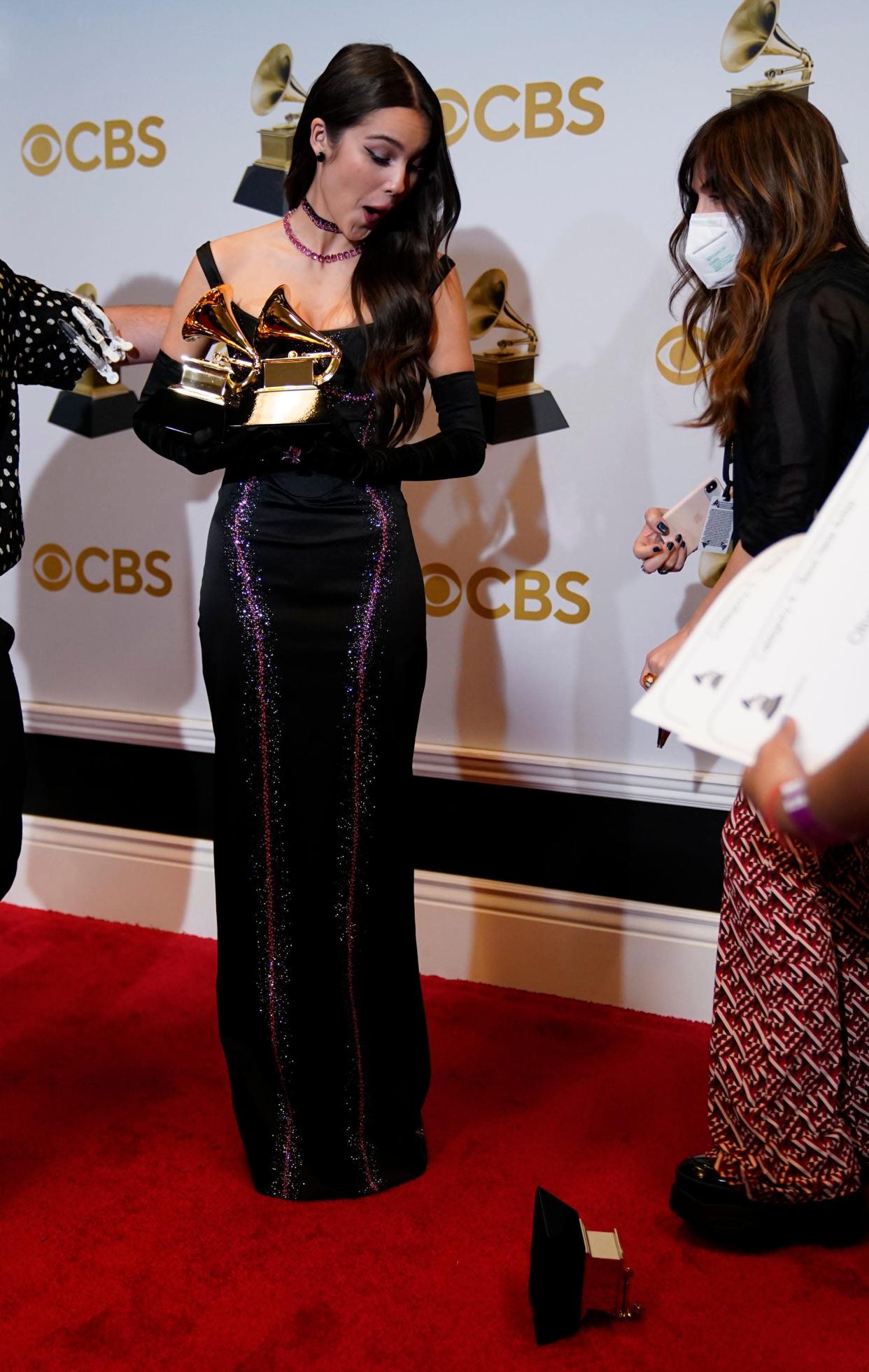 And the Grammys goes to: See won on music's biggest night

In a video of the moment posted on Twitter by Variety, the 19-year-old appeared to laugh off the incident, before the trophy appeared to be put back together for more photos.

#Grammy winner Olivia Rodrigo poses for photos with her trophies backstage (and drops one of them). https://t.co/rjX2S54hkr pic.twitter.com/UwON0TZa2w

This article originally appeared on USA TODAY: Olivia Rodrigo drops and breaks one of her Grammy awards