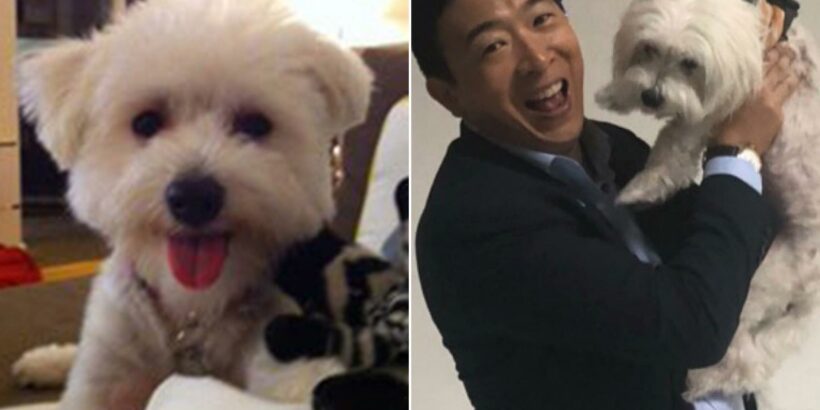 Yang walks back UFT critique when pressed by union boss

It’s been a ruff day for Andrew Yang.

Hours after the mayoral candidate received backlash for his call to crackdown on unlicensed street vendors, Yang screwed the pooch again with a baffling tweet in honor of National Pet Day.

“On #NationalPetsDay celebrating our dog Grizzly who we raised as a puppy but had to give away because one of our boys became allergic to him,” he tweeted on Sunday, along with two photos of the small white pup.

However, Yang’s honesty didn’t go over well on social media.

Thousands replied to the post on Twitter, some of them angry with his decision to rehome the dog — but most of them were just confused as to why he was celebrating the family pet he chose to give away.

“When people ask me why any candidate needs messaging experts, I’m just gonna point them to this tweet,” wrote another.

Undeterred, Yang replied to his initial tweet with a 2019 video of the canine formerly known as Grizzly.

In it, the pooch is barking at his owner’s feet while a busy Yang ignores its cries for attention.

Yang is no stranger to online backlash. In his quest to become New York City’s next mayor, the frontrunner has been dragged for posting a video from inside of a bodega that many deemed too upscale, taking the “Bronx-bound” A train, and for proposing changes he can’t actually make.