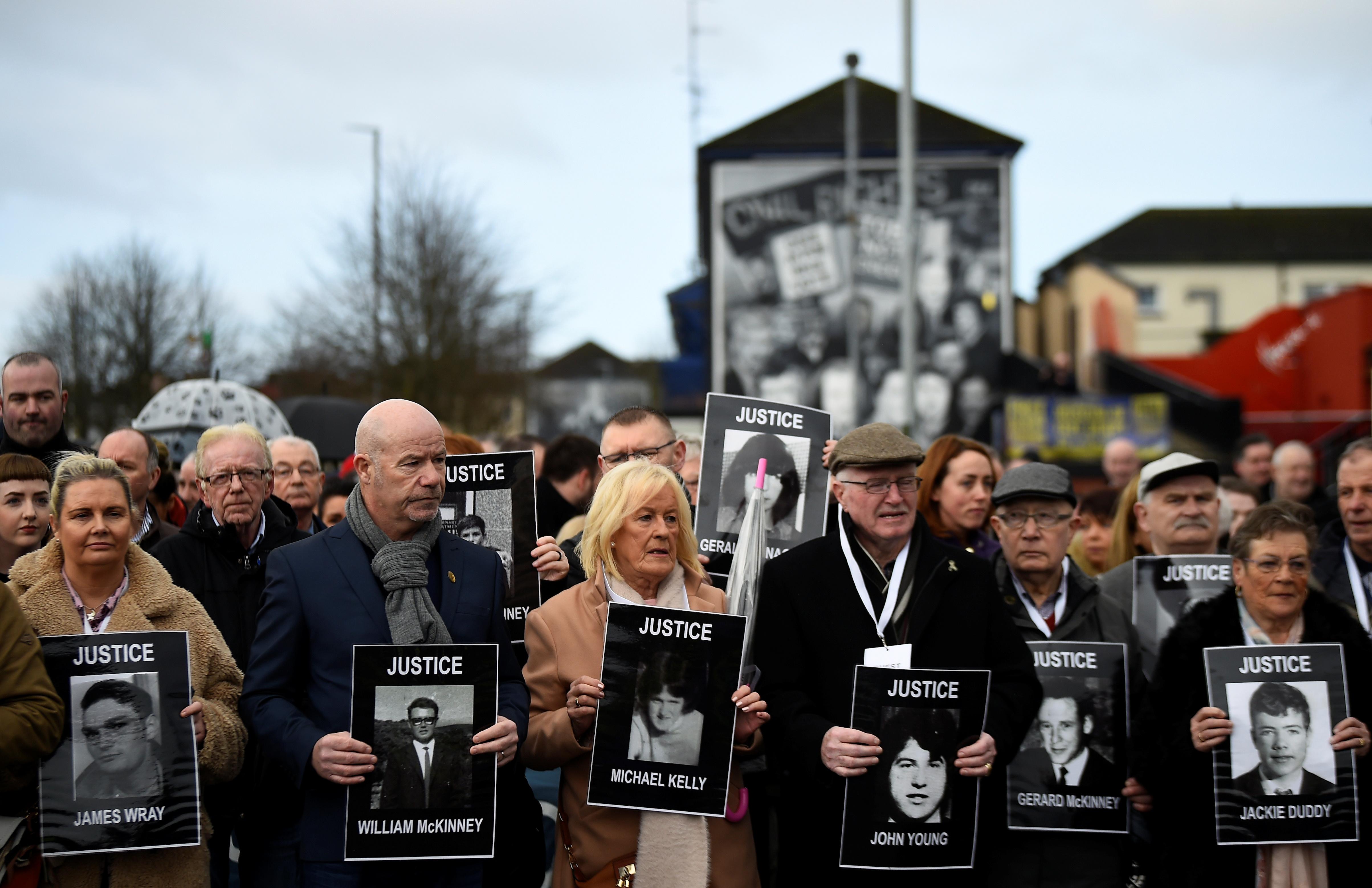 LONDONDERRY, Northern Ireland (Reuters) – One former British soldier will be prosecuted for two murders in the 1972 “Bloody Sunday” killings of 13 unarmed Catholic civil rights marchers in Londonderry by British paratroopers – one of the most notorious incidents of the Northern Ireland conflict.

British troops opened fire on Sunday, Jan. 30, 1972, during an unauthorized march in the Bogside, a nationalist area of Londonderry. They killed 13 people and wounded 14 others, one of whom died later.

The prosecutor found that there was sufficient evidence to prosecute “Soldier F” for the murder of James Wray and William McKinney and for the attempted murders of Joseph Friel, Michael Quinn, Joe Mahon and Patrick O’Donnell.

A judicial inquiry into the events of Bloody Sunday, which took place at the height of Northern Ireland’s 30-year sectarian conflict, were innocent and had posed no threat to the military.

A statement for several victim’s families said they were disappointed by the decision.