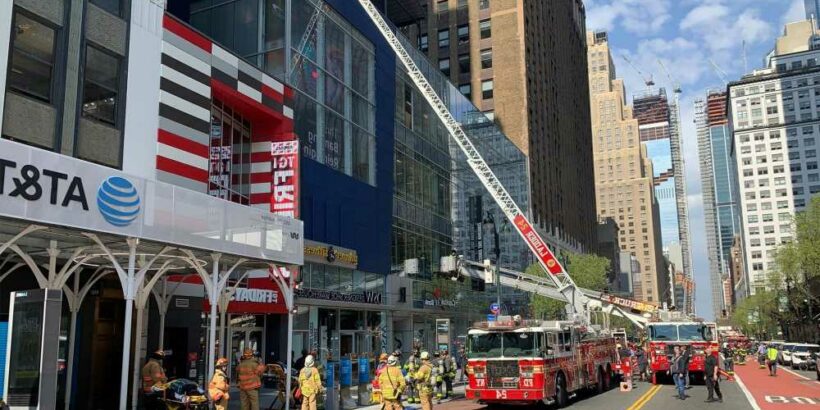 Medics under siege: Union chief says EMTs are under attack by anarchist thugs

One person was killed and several others were injured when a fire broke out in a Manhattan shoe store Wednesday morning, officials said.

The blaze erupted around 8:15 a.m. inside a DSW Designer Shoe Warehouse at 213 W. 34th St., where an escalator became fully engulfed in flames — sending smoke billowing into the first and second floor and the interconnected 40-story hotel building, fire officials said.

It was not immediately clear which hotel it was.

One man died in the fire and a second man was in serious condition at Lenox Hill Hospital, police said.

The shoe store opens at 10 a.m., according to its opening hours online, so it is unclear whether the victim was an employee of the store or someone connected to the hotel.

“The fire went out, but we have a smoke condition that we’re trying to alleviate,” FDNY Battalion Chief John Porretto said at the scene. “Units are going to remain on scene until all the smoke alleviates.”

The fire marshal will determine the causes of the fire.