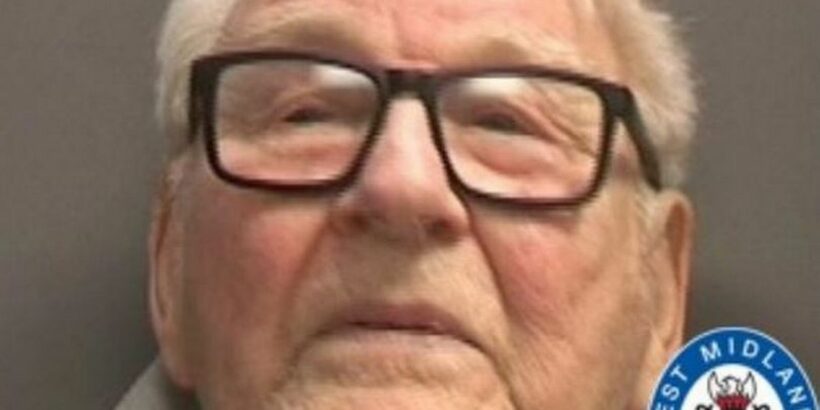 One of the UK's oldest paedophiles, who was jailed for raping a young girl and sexually assaulting two others, has died aged 85 – eight months into his 18-year sentence.

Alan Styles groomed his victims, including an eight-year-old girl, by showering them with gifts during a four-year campaign of abuse between 2014 and 2018.

He was caught when one of the youngsters confided in her mum after she had a Sex Education lesson at school and the police were called.

When officers raided Styles' home they discovered a camera and memory cards containing 665 indecent images of children. They included 33 of the more serious category A, 225 images at category B and 407 at category C.

The pictures also proved two other girls, also under 12, had been abused by Styles and he was arrested and charged with a string of sex offences.

He was jailed in November last year after he admitted 27 offences including rape, sexual assault, taking indecent photos and sexual activity with a child.

Styles, of Wednesbury, West Mids., was also ordered to sign the sex offenders' register for life and given two years extended licence at Wolverhampton Crown Court.

But Styles passed away at a hospice on July 18, just eight months into his 18 year term at HMP Birmingham.

Following the court case last year, police praised the bravery of the victims for coming forward to help convict the elderly pervert.

Speaking at the time, Detective Constable Hannah Osborne, of West Midlands Police, said: "It is due to the bravery of the victims we were able to ensure Styles has been put behind bars for a long time.

"Their courage, and trust in our officers, helped us build up a strong case and ensure he can't harm any others."

Julia McSorley, of the CPS said previously: "Alan Styles is a dangerous man who committed grave offences against vulnerable children.

"Thanks to the bravery of the victims, we were able to build a strong case against Styles, using video evidence and witness testimony and he had no choice but to admit his guilt for these offences without the need for a trial.

"He will now face the consequences of his actions. The CPS would like to pay tribute to the incredible courage of these victims in finding the strength to bring their abuser to justice.

"We hope that, despite the undoubtedly long-lasting effects of this abuse, the victims can get some closure knowing he has been imprisoned and can no longer harm other children."