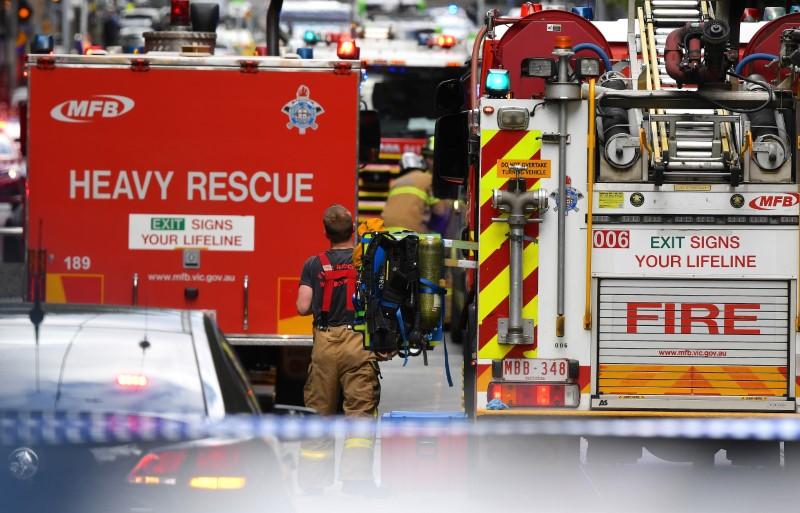 MELBOURNE (Reuters) – One person was stabbed to death and two others wounded after they were attacked by a man in the center of the Australian city of Melbourne on Friday, police said.

Police shot the man who threatened officers with a knife and he is in a critical condition under guard at a hospital, Victoria Police Superintendent David Clayton told reporters.

“Three people have been stabbed, unfortunately one of them is deceased at the scene,” he said. “There is no known links to terrorism at this stage we will keep an open mind as to whether there is any link.”