Amazon has been criticised once again after a shopper had to search through masses of paper inside a huge box to find two small bottles of vitamins she had ordered online, inside.

Debbie Wood was furious at the size of the box and extent of protective packages used to send the bottles to her home in Chandler’s Ford, Hampshire.

The 56-year-old filmed the packaging and sent the clip to one of her sons to post online.

She can be heard saying ‘mad, mad Amazon’.

Joel Wood, 27, a YouTuber from London, uploaded the video to Twitter two days ago captioned with: ‘My mum just sent me this video. At Amazon UK this is horrendous. 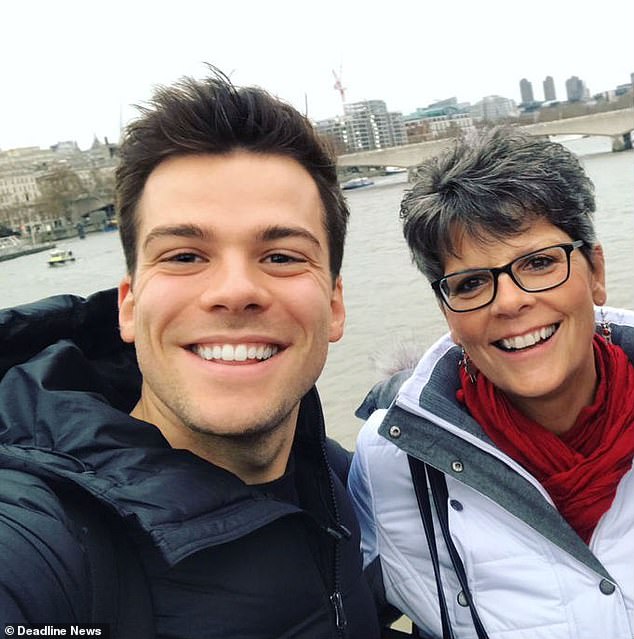 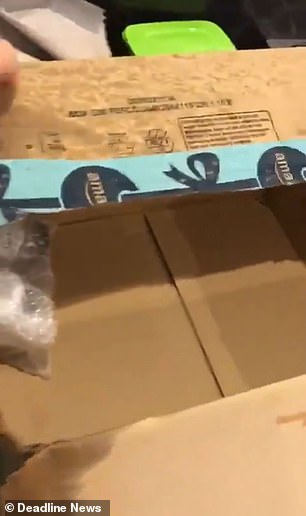 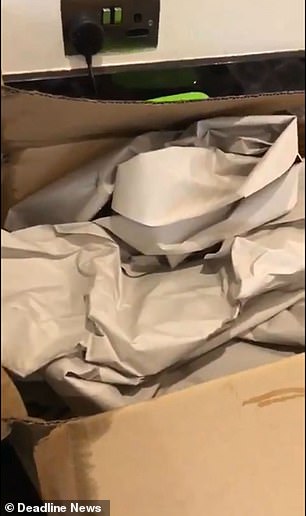 ‘Just because paper is recyclable doesn’t mean you need to waste this much.

The short clip shows with an Amazon package that is partially wet with a lot of paper filling the box.

Debbie can be heard saying ‘Mad, mad, mad, Amazon’ before she starts to remove the paper used to keep the item safe.

She slowly takes out one layer of the paper then another, which reveals an Amazon tape on the box before she finally removes the final layer.

After removing all of the paper the box reveals two small bottles of vitamins neatly packed in bubble wrap at the corner of the box.

She then picks up the vitamins in the bubble wrap to show the size of the bottles for scale against the large parcel.

It ends with Debbie saying: ‘Two lots of vitamins.’

Speaking today (Fri) Joel said: ‘It was my mum ordering two small bottles of vitamins from Amazon which came in a huge box with tonnes of paper. 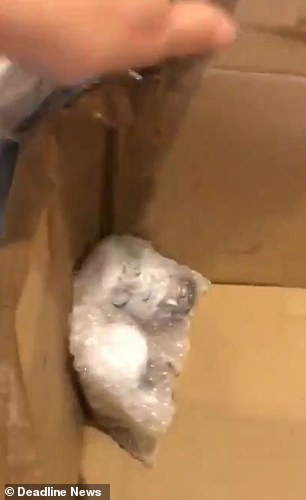 The bottles were wrapped up in the corner

‘I understand that it’s all recyclable but that isn’t an excuse to use excess amounts.

‘It’s completely bonkers. My mum sent me the video because she knows I use social media and she wanted people to see how ridiculous Amazon’s packaging is.’

@AlexDBaller wrote under Joel’s post: ‘Yep. All I can imagine is they ran out of small boxes that day and had to make it work.’

@AngelaLevatino1 said: ‘I’ve been told a computer decides the box size needed. The packers just ‘make it work’. I’ve had one lipstick shipped in a box that size.’

@adamhale- wrote: ‘I’ve had similar experience with Amazon. Not good.’

@DM831 posted: ‘I’ve had similar experiences. I once received a large box stuffed with paper just like this. It contained a box of sharpie markers.

Shoppers around the world have complained about the packaging from Amazon. 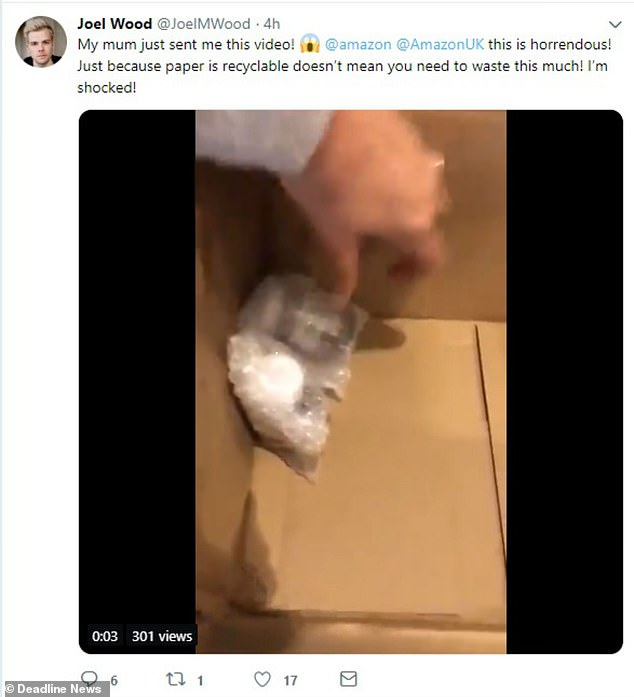 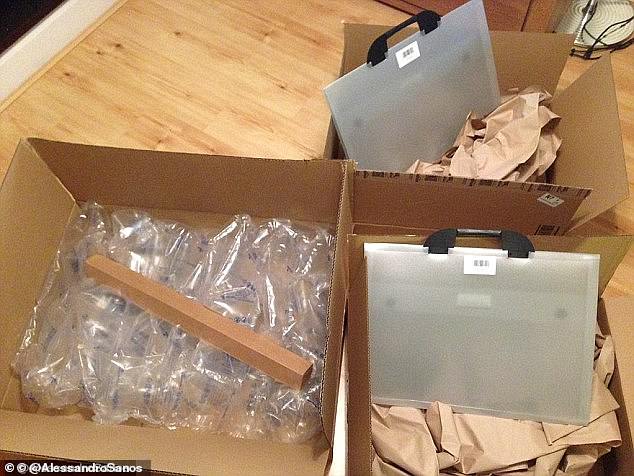 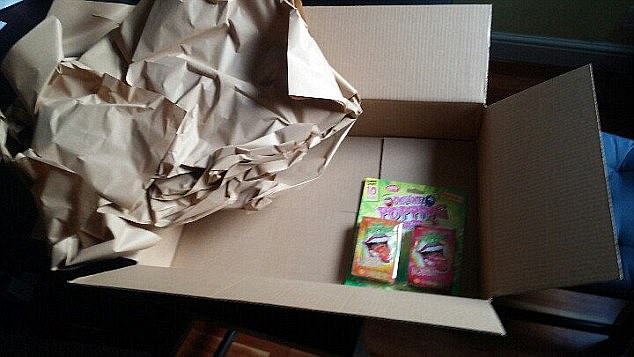 Small presents have been delivered in huge boxes, despite the push for less packaging