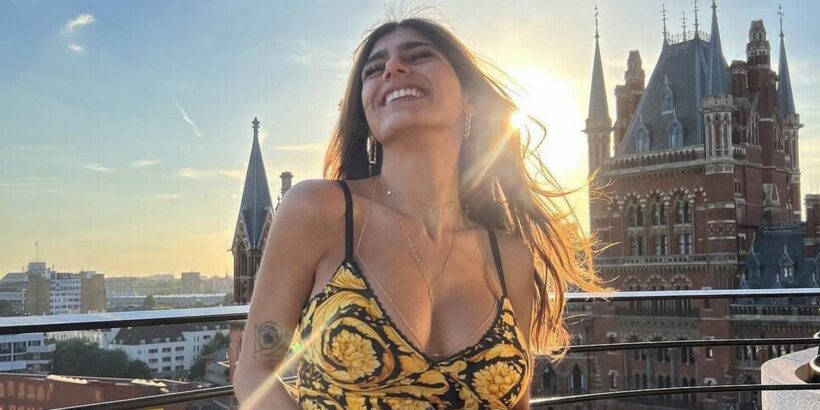 Mia Khalifa has been channelling her inner Brit as she embarks on a sightseeing tour bus through "overcast London".

Having emphatically announced her return to London earlier this week with a rooftop bikini photoshoot with the St. Pancras Renaissance Hotel behind her, Mia decided to have a more typical touristy day out.

Cruising along the River Thames past the Houses of Parliament was followed by crossing Tower Bridge aboard the the top deck of a Big Bus London vehicle.

A day soaking up British culture must have rubbed off on Mia as she woke up on Friday morning commenting on the weather.

But sadly for the social media mega star, Mia's musician boyfriend JhayCo had to leave left her behind in London for sunnier climes just hours later on Friday.

The couple had hardly posted much of one another during their UK stay but Mia confirmed his departure with a screengrab of a calendar notification.

She captioned the image: "My assistant adding ':(' to my calendar is the most wholesome thing in the world."

This was followed on Mia's stories with a lift selfie and posts blasting the result of the Roe v. Wade abortion result in the US.

The 29-year-old is a known admirer of the English capital and celebrated waking up in the city on Tuesday with a glass of champagne which she clutched outside in a striking bikini.

"Just touched down in London Town," she wrote on Instagram, referencing the lyrics of American Boy by Estelle and Kanye West.

Her photographer posted on her personal story showing a frowning Mia sitting at a dining table after some "champagne antics" that left the snapper with an injured finger. Mia has made no secret of her love for the UK from the stereotypical dialect to the football teams — some shirts of which she has proudly worn.

Mia's arrival in London comes after a week of glamorous modelling shots mixed with her typically funny travel posts shared with her 28 million Instagram followers.

Before her 10pm photo of the iconic St Pancras building, where the Eurostar terminates, Mia was keeping her fans updated with pictures of her time in France.