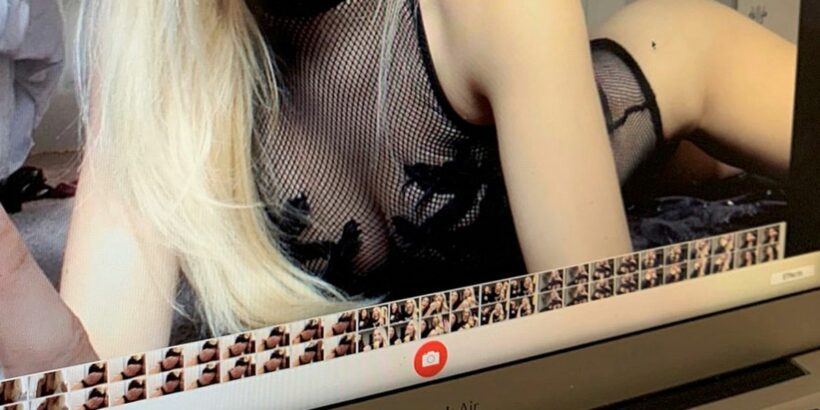 A 22-year-old OnlyFans model has revealed the nightmare story of her former secondary school teacher paying to see her X-rated content.

Richelle 'Rara' Knupper, a YouTube creator with over 122, 000 subscribers, shares exclusive content for her 18+ subscribers, including a variety of nude videos and images.

However, she didn't expect to find that one of her latest paid-up subscribers for her X-rated snaps was in fact her old secondary school teacher.

Taking to TikTok with a video of herself that has now gone viral, Rara wrote: "Me after one of my high school teachers subscribed to my OnlyFans and told me they always knew I was something special."

In the video exposing her teacher, Richelle can be seen lip-syncing to a woman saying: "I think I'm uncomfortable. I think I might like to try to unalive myself if we do this."

The video, which clearly shows how uncomfortable Rara feels about her new subscriber, has now received a wave of online support, with over 196k plays on TikTok and over 40k likes.

Although Rara hasn't shared any more details about her old teacher, or if she replied to him, but she has previously said on Youtube that she graduated back in 2016 and was glad to leave her "f****** abomination of a high school".

And her followers flocked to the comments to share their disgust at the situation.

One alarmed TikTok user wrote: "I'm sorry this is so disturbing".

A second wrote: "You should tell the school".

And a third agreed, saying: "I know he hasn't broken any laws (that you know of) but seriously tell the school. They should be made aware that he could potentially be looking at high school girls like this. They should at least keep an eye on this guy."

Some of Rara's commenters were quick to share similar experiences they had – including one who told the story of her best friend's father subscribing to her OnlyFans content.

Another user shared her awkward story of her ex-school teacher became a subscriber.

Rara previously went viral online back in 2019 when she shared her story of working as a model in LA – and claimed her modelling agency was enforcing 'unhealthy' eating habits on her and causing her hair to fall out.

Although she was scouted soon after graduating from school, the OnlyFans star said she would never return to the modelling industry due to the unhealthy eating habits she gained.

After being scouted, Rara said: "I had been working out and training the hardest I have ever trained in my life. I was in tip-top, unbelievable shape. I was feeling really confident."

But she was quick to regret signing a two-year contract with the company.

She continued: "I was told by the boutique agency that I was too muscular and that I really needed to lose the muscle and be really skinny.

"I had been working out like crazy and I looked so good. I had started really counting my calories to the point where it was so toxic and unhealthy because I was counting literally every single calorie on this app on my phone."

After she hit "breaking point" with the modelling agency, and left one of her shoots early, the agency decided to drop her – and it seems to have worked out for the best.